Whether by coincidence or serendipity, my daughter recently recommended a book to me and I delighted in not only engaging her in a conversation about good literature, but I began to see connections in our own lives. Once I started paying attention,

is written by Newberry Award winner, Clare Vanderpool.  Her books fall within that special category of middle grade fiction that speak as well to adults as to children, capturing not only the magic of childhood but also the hard hitting realizations of growing up. This is an odyssey-like adventure of two boys’ incredible quest on the Appalachian Trail where they deal with pirates, buried secrets, and extraordinary encounters.

Connecting the dots.  That’s what Mom said stargazing is all about.  It’s the same up there as it is down here, Jackie.  You have to look for the things that connect us all.  Find the ways our paths cross, our lives intersect, and our hearts collide.

The story of friendship between a new kid at a Maine boarding school and a fellow student as they go on a journey together, all the while discovering things about themselves. What I loved about this book is that the two character studies are written in parallel. The narrator, Jack, is dealing with the recent death of his mother, while his friend Early Auden is dealing with the death of his brother Fisher.

Set just after World War II comes to a close, we come to realize that Early has Asperger’s syndrome, a high functioning form of Autism, though in 1945 he is identified only as strange. In addition, he is a savant with an instinctual understanding and interpretation of math that blurs into synesthesia. Early sees Pi as more than a number–he sees a story, and Jack is the one boy willing to ask Early the all-important question: “Who is Pi?” 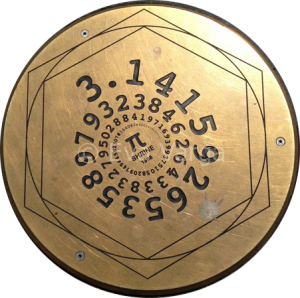 The story that Early tells to accompany an irrational number not only explains the connections in his life in an orderly, mathematical way, but Pi’s adventures also serve a dual purpose, on one hand allegorical to symbolize Jack and Early going on this journey to try to find their place in the world, on the other, as a sort of counterpart to their journey that cleverly foreshadows a lot of the events.

“No one say anything about knowing the names of the stars. No, the sky, it is not a contest or an exam. The only question is, can you look up? Can you take it all in? As for the names of the constellations, they are not the be-all and the end-all.  The stars, they are not bound one to another.  They are meant to be gazed upon. Admired, enjoyed.  It is like the fly-fishing. Fly-fishing is not about catching the fish.  It is about enjoying the water, the breeze, the fish swimming all around.  If you catch one, good.  If you don’t … that is even better. That means you come out and get to try all over again!”

All the while reading this delightful book, in our own lives there were many parallels or coincidences:

Part adventure story, part eulogy, part character sketch, and part coming of age, this is a book you can immerse yourself in and come out feeling the better for having read.