My son has a growing interest in computers and programming. It was thereby no surprise when he recently shared that he wanted to hear the Boy Scout Programming Merit Badge, which debuted in 2013. We thereby reached out to the computer science teacher at the local high school and inquired if she would be willing to serve as his merit badge counselor.

There are several activities required of the scout to earn the Programming Merit Badge. Requirement number 5 requires scouts to choose three different programming languages and development environments. Then, write, debug, and demonstrate a functioning program in each to their counselor. 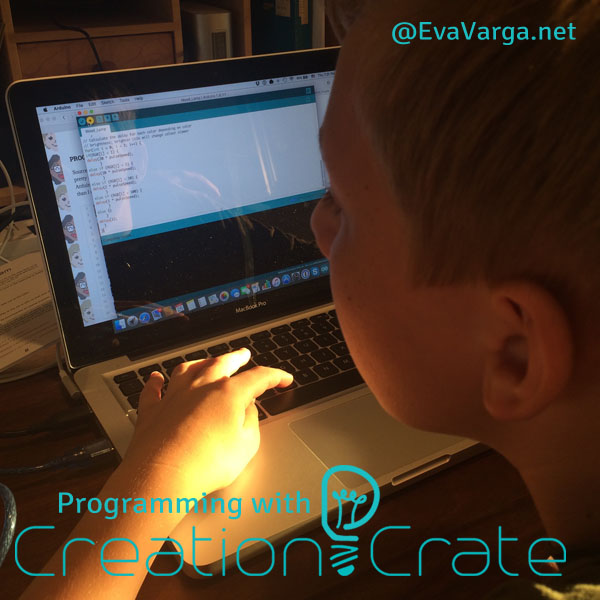 Creation Crate is hosting a giveaway for a 1 year subscription to Creation Crate this month. The contest will run until the end of November 24. Enter to win!

The Creation Crate kit includes both the hardware of electronics and the programming aspect. Each monthly delivery comes in a sturdy box with all of the components wrapped carefully in bubble wrap. Because of the programming required, you will also need a computer or laptop to download and use the Arduino software. The intended age range is accurate, I would say, especially if kids have electronics-building experience (or a parent nearby). The projects start relatively simple and get harder as you go through the boxes. 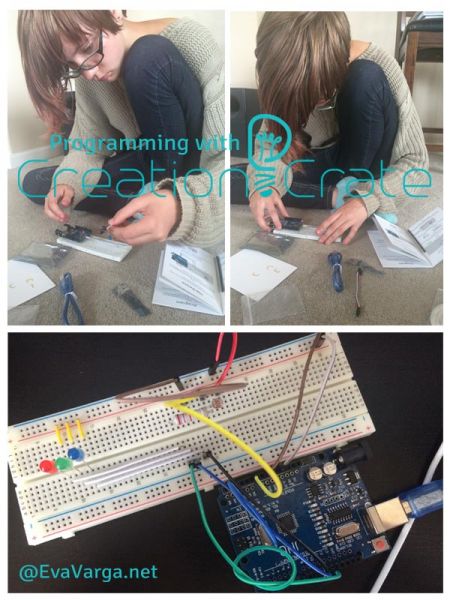 When the Creation Crate kit arrived, Geneva was also very intrigued. They thereby agreed to collaborate, dividing the work between themselves. Geneva carefully assembled the hardware, whereby Jeffrey focused on the coding. This was his first time programming any sort of electronics with actual software code, as opposed to just circuits, so it was both challenging and fun.

It wasn’t always easy, however. When Jeffrey ran into trouble with the code, it took several adults to overlook everything before we caught the errors in the code. He enjoyed the process so much he is interested in trying additional Arduino projects on his own. 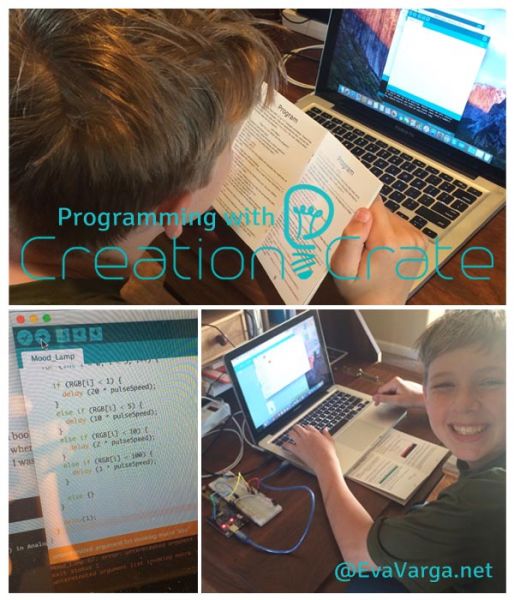 This was a fantastic box and perfect for anyone who wants to tinker with Arduino projects but isn’t sure where to start. This box isn’t just for kids – it’s suitable for anyone age 12+ who wants to learn or enhance their electronics and coding skills.

With a longer term subscription the price lowers and shipping is free worldwide. EVERY BOX comes with an Uno R3, which is a $25 board. EVERY BOX. This is great as it means that you will not have to disassemble the projects you’ve previously completed.

Don’t forget, Creation Crate is hosting a giveaway for a 1 year subscription to Creation Crate this month. The contest will run until the end of November 24. Enter to win!