When I was very young, I would occasionally hear my great-grandparents speaking in a language I did not understand. It wasn’t until I was older that I understood that they were speaking Norwegian. I would have loved to learn but Norwegian language resources were non-existent in my small community. When I started high school, the only language classes that were available were Spanish and French. 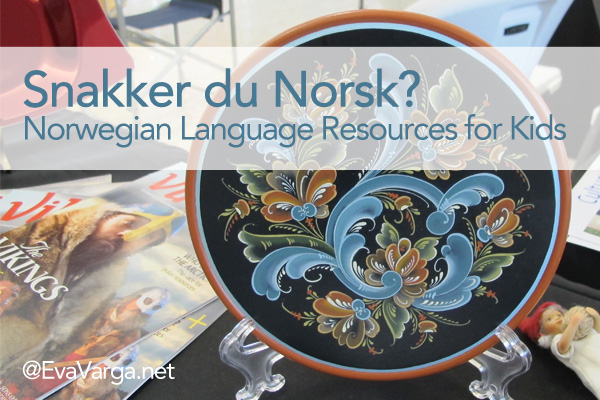 Norwegian Verbs & Essentials of Grammar by Louis Janus is an excellent book and I highly recommend it to all interested in learning Norwegian. While teaching oneself a new language is made easier today with all of the various methods available, most fail to include lessons in grammar which are critical to truly understanding a language and developing fluency. This book is very thorough. It gives you the technical grammar explanation and then follows it up with numerous examples to reinforce the usage in practice. A quick reference guide for verbs in the back of the book gives you all the most commonly used Norwegian verbs in a table, each with infinitive, present, past and future tense. I love this!

The Haugen Norwegian–English Dictionary has been regarded as the foremost resource for both learners and professionals using English and Norwegian. It is the first dictionary in any language to include both forms of Norwegian language, Bokmål and Nynorsk, in one alphabet and the first Norwegian-English dictionary to give the pronunciation of the Norwegian words. I highly recommend this dictionary.

Language Tip :: I regularly share an image on Instagram to introduce key words and phrases in Norwegian, #PictureNorsk. Follow along to learn new vocabulary with me.

My First English/Norwegian Dictionary of Sentences by Arielle Modéré is an excellent choice for young children. This dictionary provides a child-friendly introduction to learning Norwegian. It helps children learn vocabulary in the context of sentences or phrases. It is arranged by themes relating to activities in a typical child’s life and the colorful illustrations make meanings easy to understand.

Beginner’s Norwegian by Laura Žiūkaitè-Hansen is a great audio resource. I enjoy listening to the conversation lessons and trying to repeat after each speaker while I am running.

Complete Norwegian is a decent resource for beginners. The audiofiles on the disk could be improved with pauses in between to process whatever was said.

Language Tip :: As your skills develop, a great exercise is to translate simple children’s stories into your target language. Alternatively, ask a native speaker to translate a favorite story for you and then memorize the text.

Norwegian in 10 Minutes a Day is a great beginner’s guide to learning the language. The accompanying CD has some very nice activities but they are limited to only a few subjects. 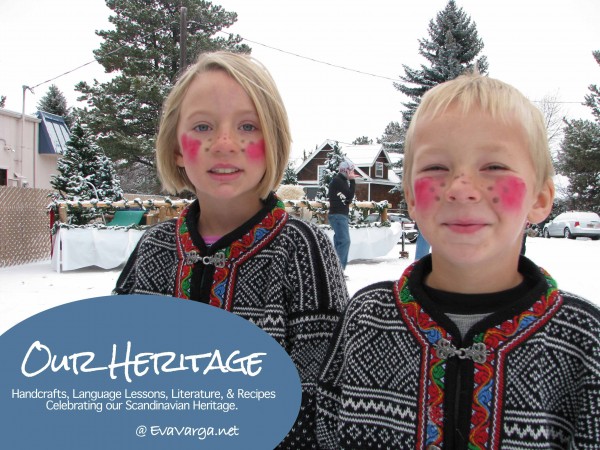 While researching Norwegian language resources for this post, I discovered The Mystery of Nils. It is the story of a doll called Nils, inspired by the traditional Norwegian mythical creature, who leads a happy life with his new family in Oslo. But due to an accident, Nils finds out that he means a lot more to Erna, the little girl to whom he was gifted, than just being a birthday present. Without knowing it, he has been carrying a painful secret, and during an adventurous trip to Northern Norway, he helps Erna to make one of the most important decisions of her life.

The authors, have carefully selected the most frequently used words in the Norwegian language and made sure that the story is primarily made up of them. Separate texts and exercises focus on conversational topics are designed to help you learn the language. While I haven’t yet had the pleasure to read this book, the glowing reviews on Amazon prompted me to purchase it straightaway and I look forward to its arrival very soon. 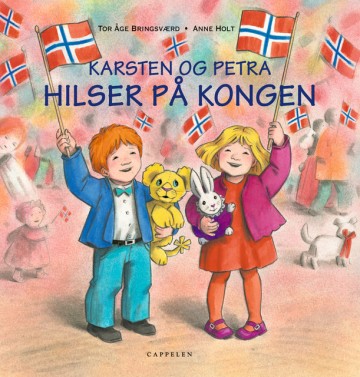 Another delightful book series, Karsten og Petra by Tor Åge Bringsværd and Anne G. Holt, is written specifically for children. We purchased Hilser På Kongen, about Norway’s national holiday, Syttende Mai, while we were traveling in Norway. The illustrations are lovely and the text is very descriptive.

Language Tip :: Ask a native speaker to record him or herself reading aloud a children’s story so you can listen along with the audio. 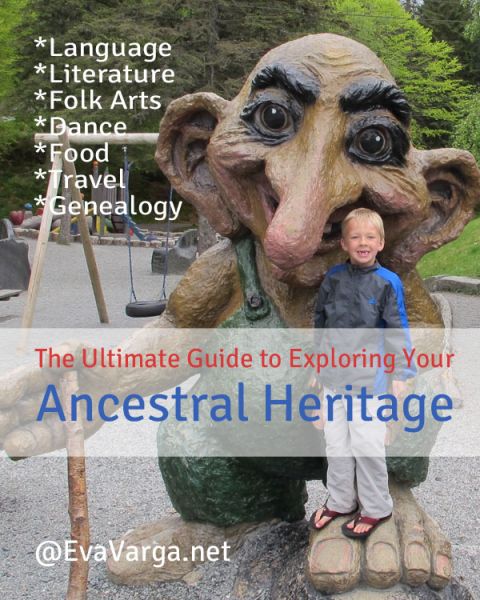 Learning a new language can be challenging but it is also very fun. While we are not yet fluent in Norwegian, we do know many phrases and delight in singing songs that we have learned over the years. Music is a fabulous way to engage youth in language learning. I have shared a few of our favorites here on the blog:

Returning home from heritage camp, my daughter also shared with me a few Norwegian artists that she discovered: Alexander Rybak, Nico and Vinz, Hillbillies, and Innertier. Here’s one favorite (with lyrics), Du Er Ung (“You Are Young”):

You will also find a wealth of language resources for young children on YouTube. I have recently learned that Karsten and Petra have their own videos!! Their first film series was Casper and Emma-Best Friends (2013) with Nora Amundsen and Elias Søvold-Simonsen in the lead roles. The film follows the two everyday with their soft toy Miss Rabbit and Lion Kid. As of 2016, they have produced four movies and a TV series, a fifth film is expected in 2017.

With Amazon Music Unlimited, you can listen to a wide range of Norwegian songs from their movies and TV series. Alternatively, you can purchase individual titles for just .99¢  Their films are also available on Amazon in BluRay or DVD.

Movies can be one of the best tools for learning a language. Not only do films in other languages help develop language skills, foreign films enrich a student’s background by developing understanding and creating sympathy for others. There are online resources for foreign films, but finding them is not always easy. 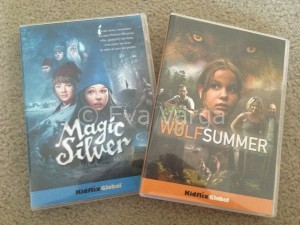 Kidflix Global is working to make foreign films for children more accessible to American audiences. Thus far, we have purchased two Norwegian films, “Magic Silver” and “Wolf Summer” and have been overjoyed with both.

Language Tip :: Watch familiar movies without subtitles and the audio in your target language, if possible.

Netflix and Amazon both have a wealth of foreign films – but not all are suitable for young children. You may wish to preview them in advance. 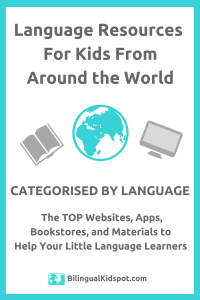