Sons of Norway lodges are found throughout the United States, Canada, and Norway. Together, we work tirelessly to promote Norwegian traditions and fraternal fellowship through cultural activities and social opportunities. These activities include language camps and classes, scholarships, handicrafts, cooking and heritage classes, heritage and sports programs, travel opportunities, Viking Magazine, and outreach programs sponsored by the Sons of Norway Foundation.

The mission of Sons of Norway is to promote and to preserve the heritage and culture of Norway, to celebrate our relationship with other Nordic Countries, and provide quality insurance and financial products to our members.

Each district hosts a heritage camp for the children and grandchildren of members (our heritage members). Ever since my kiddos were toddlers, we have talked about going to heritage camp. They have looked forward to the opportunity and been eager to meet other lodge heritage members. Due to one circumstance or another, this was the first year that they were able to attend.

In our district, heritage camp is a two week experience filled with reverie and cultural traditions. While they were a little nervous (especially my son who had not previously been away from us for more than two nights – and then he was staying at Grandma’s), they gave us a big bear hug before gingerly bounding down the steps to their tent sights to get settled into camp.

I have been wanting to write this most for weeks now and am delighted to finally share some of their experiences with you. I thought a little tongue-in-cheek would do well. 🙂 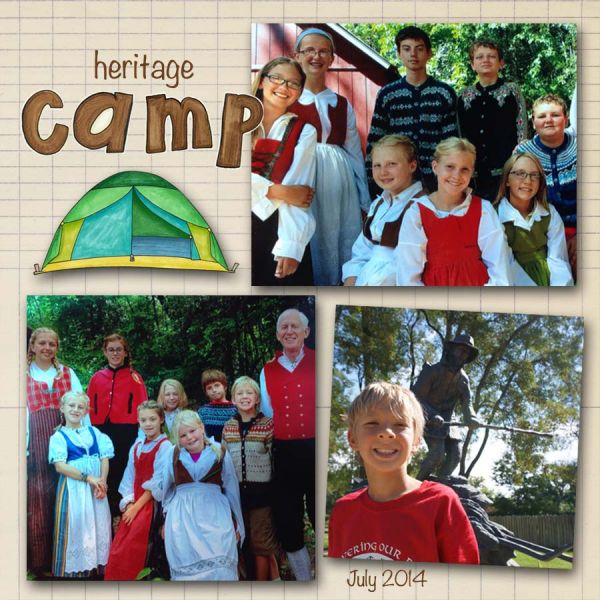 You might be Norwegian if you are eager to throw a few belongings into a longboat and forge your own way across treacherous seas. Your adventurous spirit knows no bounds!

The fact that these kids spent two weeks away from home – without the trappings of modern devices they’ve become so fond of – is a testament to the their Nordic spirit of adventure!

They really connected with one another and forged strong bonds of friendship that will last a lifetime. Now that they are back home, they have connected on Instagram and write letters to one another. They are already talking about next year’s camp and have pledged to go every year.

My kids even connected with one another – seeing their sibling as a partner and ally, rather than a thorn in their side. Upon their return from camp, they argue less and play together more often.

Their experience at camp not only built relationships but also built character.

You might be Norwegian if you have no qualms about dressing up in heavy woolen bunads and thick woolen sweaters in the incessant heat of summer. The bunad is a traditional Norwegian costume worn by both men and women.

Today the bunad is worn for celebrations and special occasions.  During the wedding season (May-June), you often see Norwegians dressed in their bunads on Saturdays walking to and from Churches.  Baptisms and Confirmations, Balls and Norwegian Constitution Day are typically bunad wearing days.

At camp, the kids were fortunate to have access to bunads in a multitude of sizes. They donned the traditional costume proudly (see the photo above) and recognized the importance of honoring traditions.

You might be Norwegian if you believe in Trolls, Huldra, Nisse, and numerous other mythological creatures.  The Vikings were not only raiders and warriors, but also skilled navigators, craftsmen, traders and storytellers.

At camp, the kids enjoyed learning about Norse mythology. One of the stories they shared was that of the Huldra or Skogsrå (forest wife/woman), a dangerous seductress who lives in the forest and lures men down into an endless cave  or into the forest in order to secure her freedom. She has a long cow’s tail that she ties under her skirt in order to hide it from men. If she can manage to get married in a church, her tail falls off and she becomes human. 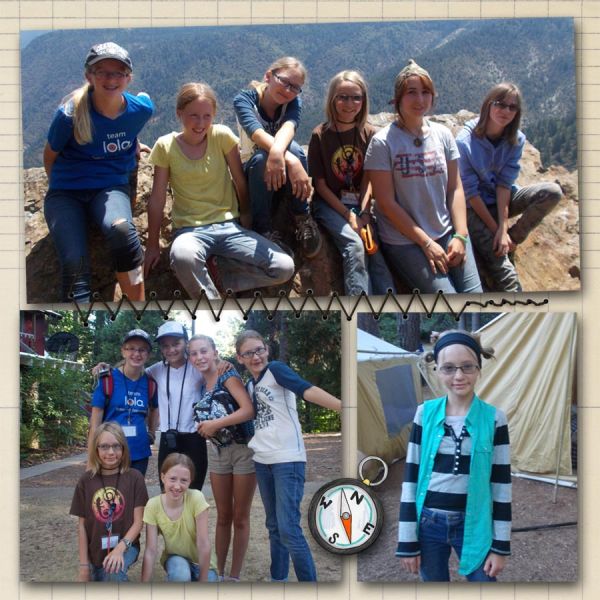 You might be Norwegian if you are eager to earn knots. While the Vikings have earned their place in history as a seafaring warrior culture with strong ties to the sea, the knots to which I refer are not sailor’s knots.

In the month before their final exams, graduating high school revellers in Norway are known as russ, an abbreviation for the Latin phrase cornua depositurus, which translates as ‘take off the horns’. The russ are easily recognizable in April and May, when russefeiring (russ celebration) is under way. They wear brightly colored, baggy trousers with big pockets, and a matching hat or cap with a long string at the end.

While the kids at heritage camp didn’t dress in jumpers, they did take part in a variety of skits and pranks that could compare to the russ tradition of competing for russeknuter, or knots – badges of honour which have to be earned in a variety of bizarre ways.

Finally, you might be Norwegian if you enjoy Lutefisk and Fiskebøller. At camp the kids had the opportunity to try numerous traditional Norwegian dishes.  As heritage members, many of the dishes were familiar but there were a few that were new to some of the kids.

Lutefisk (dried cod treated with lye) must surely be the strangest culinary effort credited to the Norwegians, but what a treat when prepared properly. Everyone of course is not a devotee of lutefisk, but those who are defend it vehemently. Others go to the opposite extreme and claim it’s a national disgrace.

Fiskebøller are white balls made up of ground white fish and served in a rather “naked” state only with a bechamel sauce, boiled potatoes, coleslaw or broccoli and asparagus.

Heritage camp was a huge success! Attending camp meant that the kids missed the opportunity to compete in the long course Junior Olympics swim meet. While this was initially difficult, they made the decision partially because this year they would both be competing at the bottom of their age groups.

When we picked them up on the final day of camp, they were loudly proclaiming, “Camp was awesome! We want to go again every year!” knowing full well they would have to miss out on the Junior Olympics yet again.

The fact that their heritage is important to them made me very, very proud.

Many thanks to these kind blog hop hostesses: