Upon departing for home yesterday after four days of camping over the Fourth of July weekend, we stopped at a local Wendy’s for a quick bite. Seated at another table were two elderly gentlemen and a woman. One of the men was wearing a Vietnam Veteran cap. As we departed, the kids and I stopped at their table and I said, “Thank you for your service, sir.”

The man’s eyes lit up and he delightedly introduced us to his companions, stating that the other man was also a veteran. “Oh! What war, sir?” I inquired. He playfully replied, “1812.”

“You jest,” I remarked with a smile.  I then turned to

Sweetie and said, “We know something of the War of 1812, don’t we kids?”
Sweetie exclaimed, “Yes. That’s when the Star Spangled Banner was written.”

“That’s right!”  The man said.  He then picked up an American Flag and asked her if she knew what it was.

“It’s our American flag,” the kids stated in unison. He further inquired if they knew what the stars meant. “The 50 stars are for the 50 states,” Sweetie stated.

“Perfect! Do you know the names of the last two states to join?” He questioned again.

She pondered the question a little. I knew this questions was stumping her so I gave her a little hint by saying we’ve been there and I used body language to show someone snorkeling. “Hawai’i,” she proclaimed with enthusiasm.

“That’s one. Can you name the other?”

I pointed to Buddy and I said, “Gold Rush.” He chimed in, “Alaska!”

The man then turned to me and asked, “Do you homeschool your kids?” 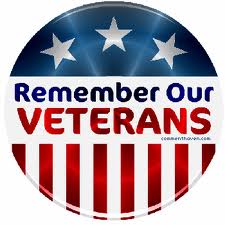