I am a native Oregonian. I was born here and though I have lived in California for a few years, I have spent the majority of my life in the Beaver State. 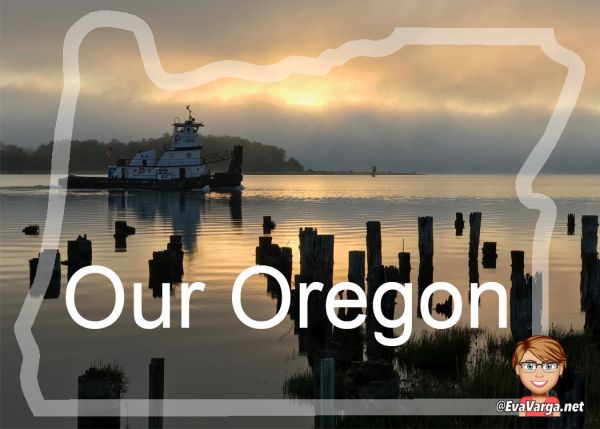 I have also homeschooled my children from the beginning and have thereby relished in the opportunity to explore our beautiful state through field trips and hands-on experiences that otherwise may not be possible.

I am super excited about the new Travel Oregon video, Only Slightly Exaggerated. Not only is the animation and musical score amazing – it highlights many of Oregon’s most beloved attractions.

I shared this animation with my children and they were both impressed. My son enjoys creating short videos in iMovie and my daughter loves art. As we watched, inspiration came over me. If they were to create their own video – what locations would they feature? We began to reflect on some of our more cherished memories. I have gathered a few of them here for you:

When people think of waterfalls in Oregon, they visualize the amazing waterfalls of the Columbia River Gorge, and for good reason. The 620-foot Multnomah Falls is Oregon’s tallest waterfall and its most-visited attraction, seeing over 2.5 million visitors each year. Though the gorge should not be overlooked, there are certainly more waterfalls throughout the state that are just as impressive. 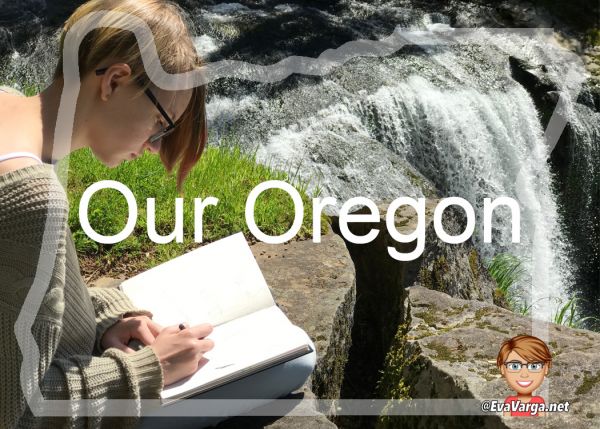 Magic Coast
We now live on the coast and can smell the salt air with each breath. We enjoy the bounty of nature’s blessings with regular clam digging and crabbing excursions. While these activities are also popular with visitors, there are many others. Geocaching, letterboxing, painted rocks, and Oregon Coast Quests are all popular family pastimes.

A great book to read with children – to learn more about the coast and cartography (the art of map making) – is The Coast Mappers by Taylor Morrison.

Along the Oregon Coast, there are four distinct ecosystems – each with its own unique flora and fauna. A visit to each of these makes a fun field trip for families.

The Cascade Range is a major mountain range of western North America, extending from southern British Columbia through Washington and Oregon to Northern California. The crowning glories of the Cascades are the major volcanic centers – Mount Hood, Mount Jefferson, the Three Sisters, and Crater Lake, which sits in the caldera created by the eruption of Mount Mazama.

The Volcanic Legacy Scenic Byway brings visitors from around the world to these majestic areas. From high atop the rim of Crater Lake, you can see what a wonder the world really is. A hike down to the water reveals new wonders.

Forest Trails for Hiking and Biking

We always been avid hikers, though in the past we have focused solely on day hikes. In 2016, for example, we aimed to hike 52 hikes in the year. While the goal was lofty, we just missed it by eight.

We are now training to complete a 50 mile backpacking excursion in summer 2018. In preparation, we will be undertaking several overnight excursions. Backpacking with Teens provides many benefits – most notably connecting with nature and family. 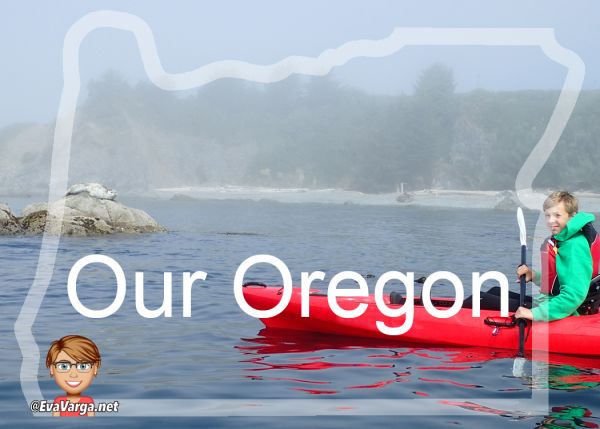 When the children were younger, camping at Indian Mary near Grants Pass was an annual tradition (sadly, the tradition came to an end when we moved to California). These summer days along the Rogue River provided many of our fondest memories and greatest lessons on aquatic critters.

People come from all over the world to learn about the gray whales that travel along the Oregon coast each year. Whales are visible from Oregon’s shores all year long although some months are better than others.

Oregon is not only a great place for whale watching, but visitors also flock to our coastal cities to watch the winter storms.

As you can see, Oregon is known for its diverse landscape of forests, mountains, farms and beaches. Yet, there is so much more. I’ve lived here nearly my entire life and there are still corners and hidden gems I have yet to see.

How about you? What attractions would you feature in a video animation of your state?