We rejoiced when Harry Potter and the Cursed Child arrived at our doorstep last month. We had been following the opening of the two-part play in England on social media and anxiously awaited the ne book to be released here in the states on July 31st, Harry Potter’s Birthday.

Anytime we come to the final chapter of a beloved book, we are a little remorseful to say goodbye to our favorite characters. We wanted to continue living in the magical world so beautifully imagined by JK Rowling. 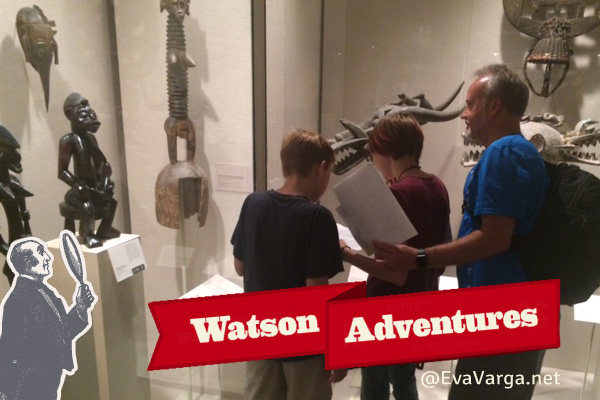 I was provided tickets in exchange for an honest review; please see my disclosure policy for details.

I first learned of Watson Adventures while in San Francisco years ago for Chinese New Year. We had observed several small groups of people racing through Chinatown on an unique scavenger hunt, seeking answers to thoughtful trivia questions. Watching their enthusiasm and hearing their high praise, I tucked the little bit of information away. I knew this was something I wanted to experience.

While planning our itinerary for our East coast holiday, I took a peak at the Watson Adventures website I had earlier pinned to a Pinterest board. Much to my delight, a public scavenger hunt was available during our stay in New York City. There were many hunts to choose from, the difficultly was choosing.

A few of the many Watson Adventures Public Scavenger Hunts in New York: 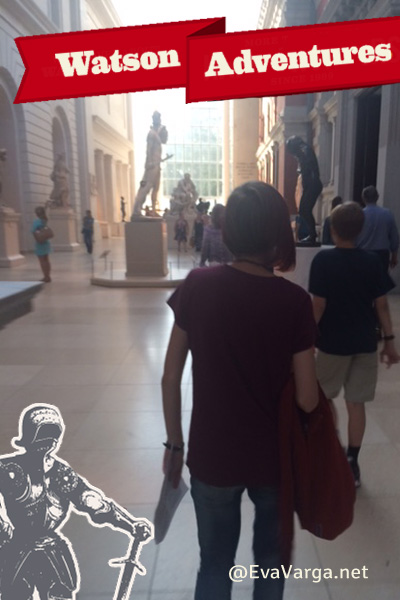 When I glimpsed the title, The Wizard School Scavenger Hunt, I knew immediately this was the experience for us. This scavenger hunt would provide us the opportunity to follow in the footsteps of young wizards on a field trip to the Metropolitan Museum of Art in search of works that echo characters, places, and enchanted objects in the famed Harry Potter books and movies. What better way to celebrate, share in the love of the book, and discover the Met?!

The Wizard School Scavenger Hunt is designed for kids and adults to do together, but all-adult teams are allowed to compete separately. Kids must be accompanied by adults. For ages 10 and up.

We joined the The Wizard School Scavenger Hunt on September 17th at the MET in New York City. There were several others teams – both family and adult teams – competing. Two family teams were taking part as a birthday celebration for one of the young participants. We were encouraged to come up with creative team names and the most creative team was awarded bonus points.

I was very impressed with how well Michael and his assistant Shannon organized the teams and explained everything. There were only a few rules – essentially: No running. Teams must stay together. Don’t touch the art. We were given 90 minutes to complete the 24 question quest and we were off!

Fortunately, each team was assigned a different question with which to start. When we did meet other teams along the course, tensions rose. “Oh no! They are catching up with us. We have to hurry!”

Their scavenger hunts use witty, tricky questions in fast-paced games that bring out the best in a fascinating place—and the best in you and your teammates. The hunts are like walking tours spiked with caffeine.

Racing against other family teams, we hunted through the MET for Hagrid-like giants, centaurs, and unicorns that would feel at home in the Forbidden Forest. References to the books provided a surprising bridge to many strange and wonderful works of art. The Cursed Child provided us with new hints and tidbits. Not to worry, there were no spoilers!

The questions weren’t easy, however. One point was awarded for each correct answer (no points off for wrong answers). The team with the highest score wins! There was strong competition and amongst the five family teams competing, the scores ranged from 18-22. We didn’t win the coveted Watson Adventure medal (shown here with the winning family team) but we had a fabulous time. We all agreed we would love to take part in another if we ever get the chance. It was certainly a highlight of our trip. 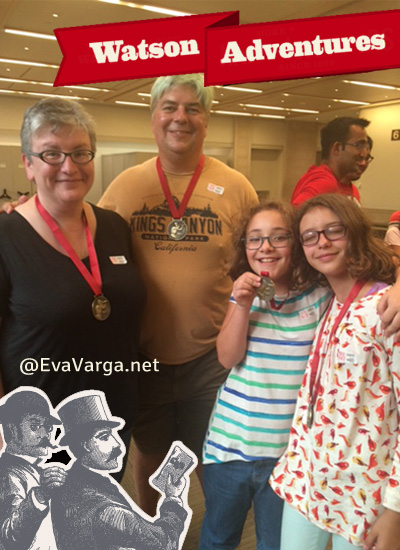 Tell Me More About Watson Adventures

Bret Watson started creating scavenger hunts in the early ’90s as a way to share his unique take on the lighter side of museums with his friends. Word began to spread and it wasn’t long before Watson Adventures sprung to life.The scavenger hunts are open to the general public on weekends and are available in seven cities:

Private hunts are also available for large groups just about anywhere. The scavenger hunts are played on teams of up to six people. Advance purchase is required for all hunts. To purchase tickets online, select a city or a hunt and go to the hunt calendar. 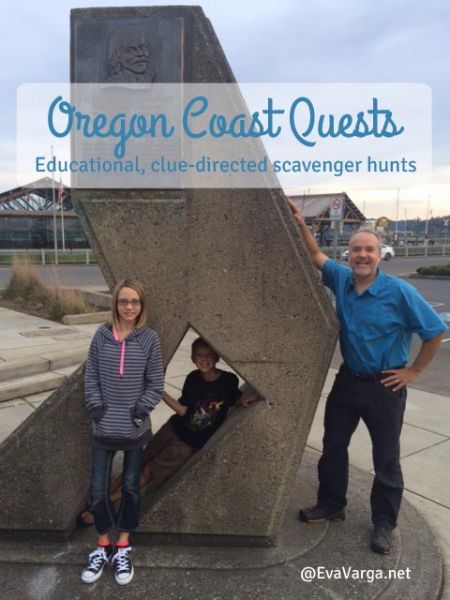 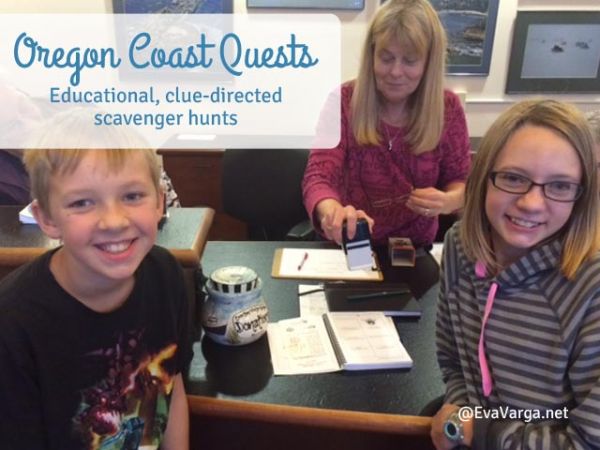 Wow! The past four weeks really flew. It is hard to believe that a month ago, we were boarding a plane en route to Quito, Ecuador – the first stop in our three week holiday in South America. We had a wonderful time and met many wonderful people along the way who touched our hearts.

I will be sharing stories of our adventures soon. I want to first sort through the photographs to select the best. With four cameras (our iPhones, my husband’s Sony NEX, the Olympus, and the GoPro), it is a little overwhelming. We shot well over 14,000 images and videos.

We had a lot of fun shopping for the scavenger hunt surprise package. I know the Galápagos Scavenger Hunt winners are eager to see their prize package – so here it is! 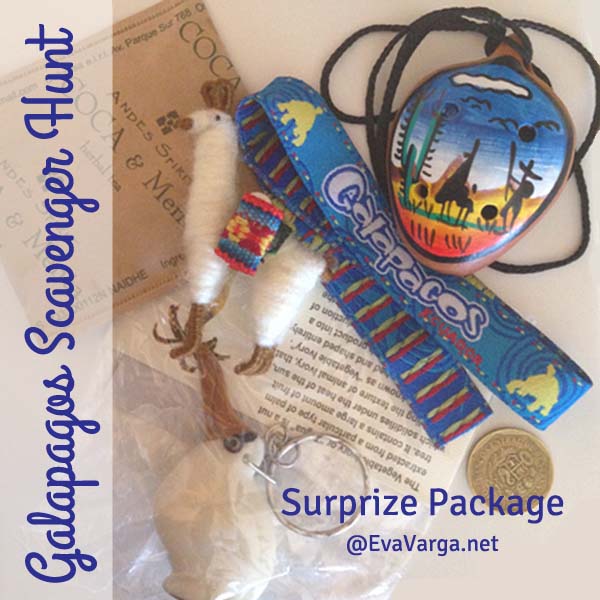 I hope you all enjoy the little gifts we collected along our journey. We did our best to include things representative of each of the countries we visited.

Are you looking for a supplemental unit for your life or earth science curriculum?  The Galápagos Across the Curriculum is a complete unit study integrating math, science, geography, history, language arts, and current events. 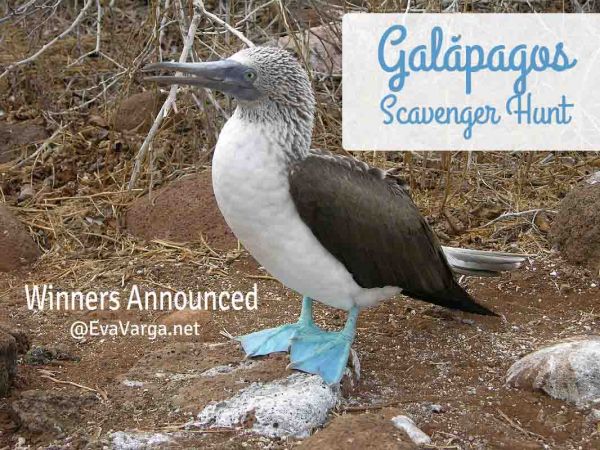 Subscribers to my quarterly newsletter have had the opportunity to take part in an online scavenger hunt in anticipation for our journey to the Galápagos this fall.   The following scavenger hunt questions were posed and all correct responses were entered into a drawing for a fun, surprise package that I will mail to the winner upon our return.

Surprisingly, there were only four entries in the contest. I thereby decided to honor all four entries! Congratulations to Sarah Dierflinger, Krista Baker, Dawnielle Penn, and Cathy Plungis!!  I will mail out your surprise package – and reveal the contents here on my website upon our return this fall. Look for more details in the weeks to come.

You can have one of your own high seas adventure by exploring the resources and activities I have developed in anticipation of our travels. The Galápagos Across the Curriculum is a complete unit study integrating math, science, geography, history, language arts, and current events. It is a great supplemental unit to your life or earth science curriculum.

I will also be sharing field notes upon our return. I am not confidant we will always have internet, however. If I do, you will want to follow me on Facebook, Instagram, and/or Twitter for live reports from the field.

I recently shared details of a family weekend getaway to Trinidad in Humboldt County. The short road trip provided us an opportunity to get away from the burdens of work and household chores, learn more about the local history, and explore the tide pools and sandy beaches of Northern California.

A trip to the coast is not complete without a visit to the beach.  We chose Trinidad State Park and we were not disappointed.  While some of the critters we encountered were familiar to us — Ochre Star (Pisaster ochraceus), Giant Green Anemone (Anthopleura xanthogrammica), and the California Mussel (Mytilus californianus) — others were new discoveries, at least for the kids. 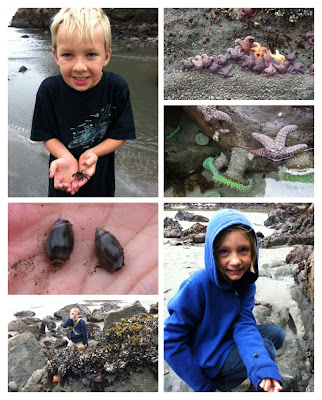 I was delighted to introduce them to Purple Olive Snail (Olivella biplicata) and the Pacific Mole Crab (Emerita analoga).  These are two of my favorite invertebrates and they make their home in the dynamic, ever changing sandy beaches of the Pacific coast.

Enjoy this free scavenger hunt to guide you on your discovery of the invertebrates and other common inhabitants on the beaches of the Pacific coast.

Every time we go to the shore, I spend time looking for these critters – the kids had always told me to give in for I hadn’t been successful in their lifetime.  I’m happy that I persisted. They, too, can now share in my enthusiasm.  I also now know that a low tide is critical to finding these elusive fellows.

As you and your children enjoy your own discoveries, engage them in a guided discussion as they share their observations. Keep these questions in mind: