For my daughter, the best part of a Saturday spent crafting a paper bridge, creating a water-powered crane, and making her own electric quiz game was, “everything.”  Ten years old, she joined about 60 other girls for the fourth annual Wow! That’s Engineering! program coordinated by the local Society of Women Engineers earlier this year. 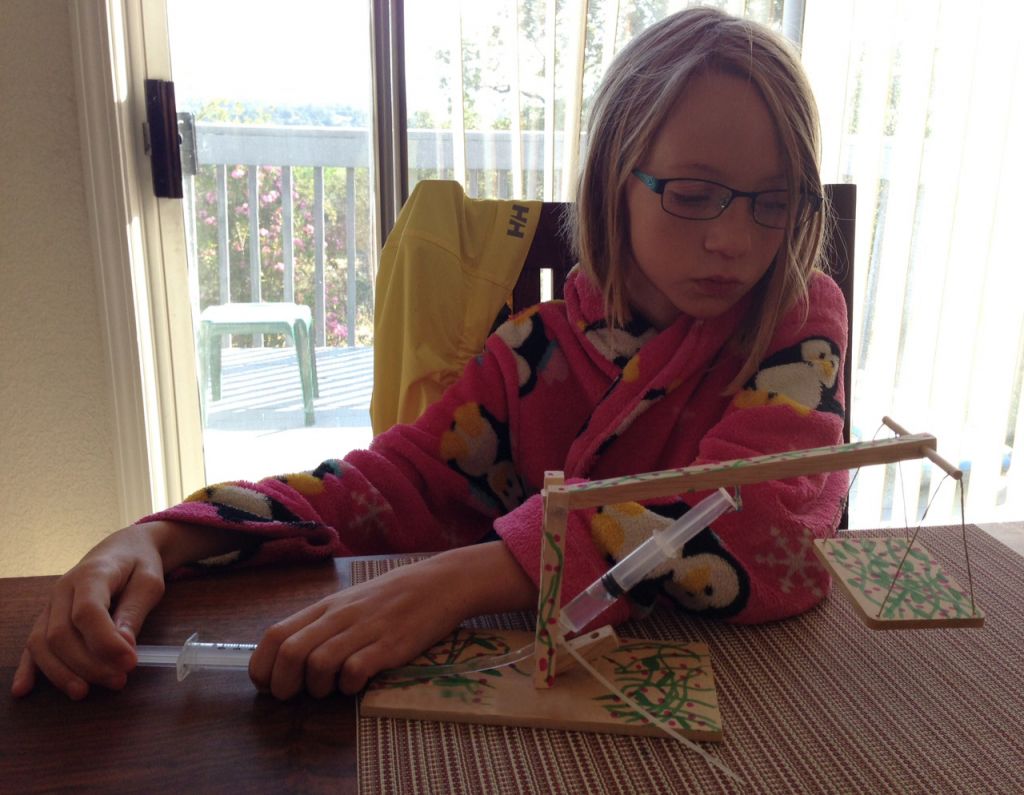 The outreach program encourages girls in engineering by engaging them in hands-on activities.  This year, the girls constructed devices representing various engineering fields.  The girls were separated into small groups, those who knew each other well were put into different groups to encourage bridges of friendship in addition to the paper bridge design contest in which they took part.

“I really enjoyed the electricity game we made,” Sweetie shared.  “We made these circuits and if you get the right answer, a light will come on.”

My daughter wants to be an engineer one day and with many adult friends who are engineers themselves, she has a lot of mentors.  A day spent with peers exploring her area of interest, however, was a special opportunity.  She most enjoyed creating the paper bridge.  She went into the activity with confidence because she had previously built a very strong toothpick bridge for a homeschool science fair years ago. At the Wow! That’s Engineering! workshop, however, the set up was different.  Each girl was given a few pieces of paper and a handful of paper clips to build a bridge that could hold 100 pennies.  Having experienced a similar scenario, Sweetie was convinced her design would win.

When it came down to the test, the girls were presented with a problem.  Thy had been told they would be spanning a gap of about 8 inches, but when they measured the test site found that the estimate was 2 inches too small.  “We threw in that twist to make it more real,” the volunteer said. “We’ll go out to a site, and it’s different than what we were told.”

Sweetie’s friend also attended the Wow! That’s Engineering! workshop. She was proudly holding her Hydrolift, a wooden crane the size of a tea kettle that used two syringes as pumps to raise and lower rocks, when my husband came to pick up the girls.

The Society of Women Engineers offers outreach programs for girls interested in engineering all over the country.  Visit their website and find a workshop nearest you.

Frequently, the munchkins will entertain themselves watching videos on YouTube … Buddy searches “Lego Trains” or “HO Trains” while Sweetie will search “Polymer Clay” or “Paper Crafts”.  I was surprised to discover that what caught their attention this past week were Dominoes.  They spent hours watching videos and then trying to set up similarly complicated patterns.  They even used my iPhone to record their own videos and take photos of their designs before they were made to fall. 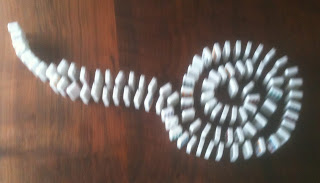 All the while they played investigated the properties of dominoes and experimented, I kept thinking to myself,  “We should really be doing schoolwork.  We have quite a list of tasks that are due next week.”  Then inspiration struck … “What they are doing is science!  So I ran into the dining room where they had set up their testing space.  “I have a challenge for you both,” I said as I gave them a stopwatch and a meter stick.    “How does the distance apart affect how fast dominoes fall? You might try and find out … maybe at 2cm apart and at 4cm apart.”  I then walked away. 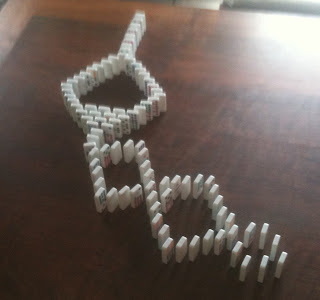 They had some experience recording their results in the past with other experiments so not wanting to interfere – or take over as I have a tendency to do – I left this one up to them.  Upon completion of their test, we sat down with their results table and discussed how it all meant.

What’s Happening?
Matter consists of tiny particles called molecules, and these molecules are always moving around and bumping into each other. They react as the dominoes did when the first one fell into the second. Sound energy in the form of vibration is transferred from one molecule to another. Energy is transferred from one domino to another as they fall to the table. In the first activity, the dominoes are placed closer together, and the sound travels faster through the particles, much as in a solid (molecules are close together). In the second activity, the dominoes are placed farther apart and the sound travels slower through the particles, much as they do in a liquid (molecules are farther apart than in a solid). 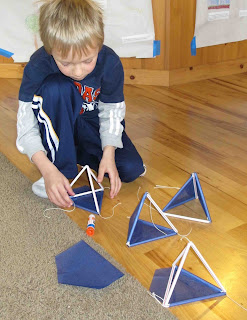 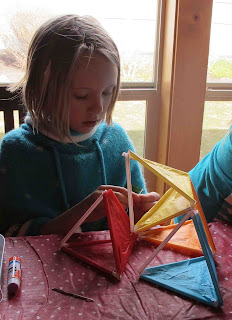 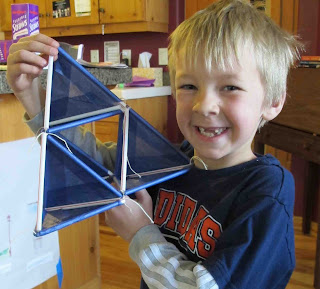 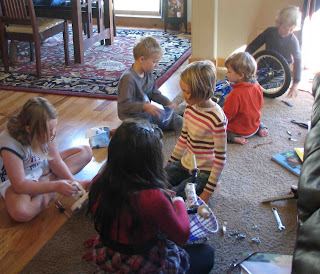 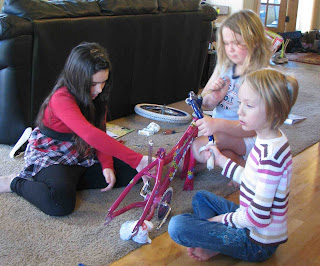 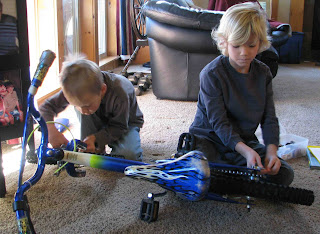 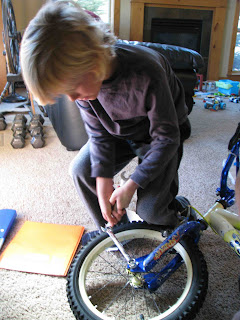 My kiddos love the anime movies of Hayao Miyazaki .  One of their favorite is Ponyo which was recently released onto DVD.  This delightful Japanese film follows the adventures of a 5-year-old boy, Sosuke, and his burgeoning friendship with Ponyo, a goldfish princess who desperately wants to become human. After running away from and then being recaptured by her strict father, Ponyo — with some help from Sosuke — becomes more determined than ever to make her dreams come true. 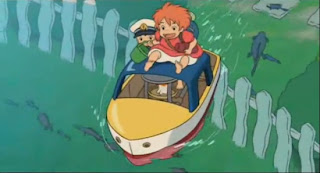 Ponyo’s magic brings “to life” one of Sosuke’s toys, a candle powered steam engine boat.  Like most boys, my little guy was fascinated by this boat and asked about it frequently after we had seen the film on the big screen.  To his surprise and delight, he received one in his Easter basket this year.
Inside the boat and extending out the stern, there is a little metal tubes.  This tube fills with water and when the water in the tube boils, the steam expands. This pushes the water out of the tube. The reaction pushes the boat forward.  As the steam continues to expand, it encounters the section of tubing that used to be full of water. This tubing is cold, and the steam condenses back into water. This causes a vacuum to form, which pulls more water back into the tubes.  As it does this, a little putt putt sound is generated. 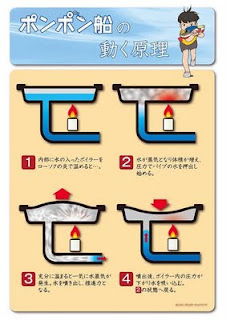 Buddy has been having a great time navigating the seas of our bathtub.  I know it will be the first thing he packs when we go camping this summer.  Little does he know that he is doing science!  🙂

Click here for instructions on how to build your own candle powered boat.  Here’s another, for more detailed descriptions, Pop Pop!