For the past six years or so, we have purchased our dairy products direct from a local farmer.  My kids and I love the taste of raw milk and crave its distinctive flavor. We can even taste the difference between farm fresh eggs from chickens allowed to wander and graze on a variety of foods (including insects and other invertebrates) and eggs from chickens confined to a small cage their entire lives. 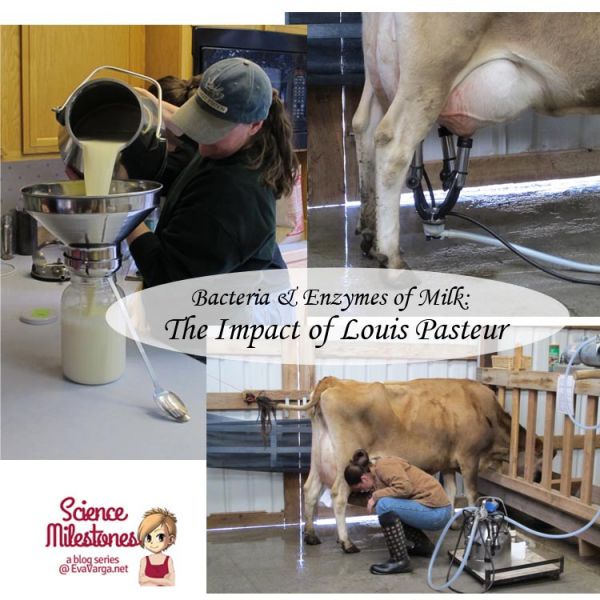 We first tried raw milk at the home of a homeschool family in Bend, Oregon. It was deliciously creamy. We soon heard stories of friends who had experienced amazing results — ear infections, asthma, and allergies — all diminished after changing to a diet of Real And Wholesome milk. Thus began our journey towards a more wholesome diet – including raw milk.

Raw milk is milk from cows, sheep, or goats that has not been pasteurized. Pasteurization is a process that kills harmful bacteria by heating milk to a specific temperature for a set period of time. First developed by Louis Pasteur in 1864, pasteurization kills harmful organisms responsible for such diseases as listeriosis, typhoid fever, tuberculosis, diphtheria, and brucellosis.

Controversial, proponents on both sides of the pasteurization debate will cite research and anecdotal evidence to support their side. Did you know, however, that Pasteur initially developed the process for which he is most well known not for milk but for wine? As he was born in December, I thought I would share a little insight into the life and the impact of Louis Pasteur. 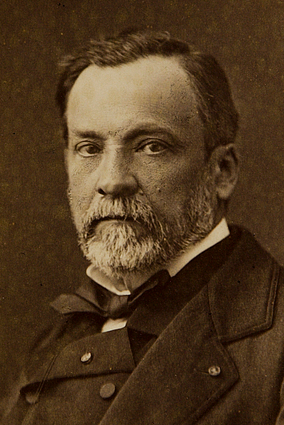 Born on December 27, 1822, in Dole, France, Louis Pasteur was the son of a sergeant major in the Napoleonic wars who grew up in Arbois, a small town in eastern France surrounded by farms and vineyards.

“When I approach a child, he inspires in me two sentiments; tenderness for what he is, and respect for what he may become.” ~ Louis Pasteur

An average student, Pasteur had a passion for drawing and painting. As a boy, he captured his family in a series of lifelike portraits, Pasteur: Dessins et pastels

, which showed a keen eye for precision and detail. While his teachers encouraged his artistic side, his father considered painting an indulgence: what counted was solid schoolwork.

Pasteur began a career in chemistry with a post at the University of Strasbourg and quickly made a ground-breaking discovery. He showed that otherwise identical molecules could exist as mirror images (or ‘left’ and ‘right-handed’ versions). He noticed that molecules produced by living things were always left-handed. This discovery was a fundamental step forward in microbiology, underpinning modern drug development and even our understanding of DNA. 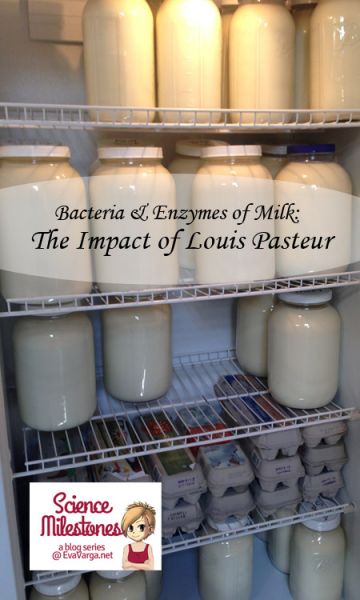 Pasteur also disproved the age-old theory that life appeared spontaneously with a simple experiment. He showed that food decayed because of contamination by microbes in the air. He went on to argue that these could cause disease. Though his ‘germ theory’ was initially controversial (he was not a doctor, after all), it eventually led to the development of antiseptics and changed healthcare forever.

“A bottle of wine contains more philosophy than all the books in the world.” ~ Louis Pasteur

Relatedly, he discovered that microbes were responsible for souring alcohol. In a series of careful experiments, Pasteur discovered that heating wine to 55 degrees killed bacteria without ruining the taste. This process, later named pasteurization, saved the wine industry, and cemented Pasteur’s fame. Today, this process is widely used to keep food free from disease.

“Officially, I recommend the pasteurization of milk. But I still love drinking it straight from the udder.” ~ Louis Pasteur

While Louis Pasteur is most well known for developing the process of pasteurization; his work in germ theory also led him to create vaccinations for rabies, a highly contagious infection which attacks the central nervous system. It enters the body through the bite of an infected animal or through infected saliva entering an existing wound.

After experimenting with the saliva of animals suffering from the disease, Pasteur concluded that the disease rests in the central nervous system of the body. When an extract from the spinal column of an rabid dog was injected into healthy animals symptoms of rabies were produced. By studying the tissues of infected animals – rabbits, Pasteur was able to produce an attenuated form of the virus that could be used for inoculation.

Pasteur became a national hero and was honored in many ways. He died at Saint-Cloud on 28 September 1895 and was given a state funeral at the Cathedral of Notre Dame and his body placed in a permanent crypt at the Pasteur Institute. 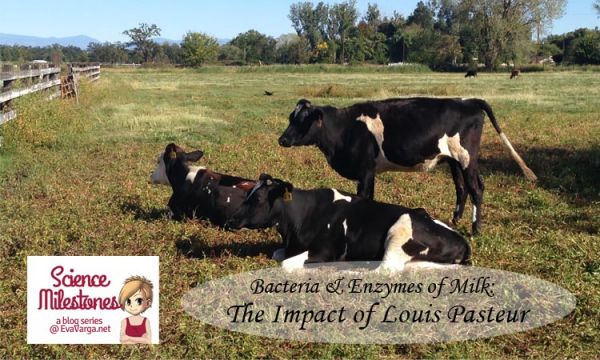 ➤ In the lab, Milk – How Sweet Is It?, students test different samples to see which ones contain the lactase enzyme.

➤ The enzyme lactase is produced in the small intestines of infants where it breaks down the sugar lactose found in milk. Zoom in to the molecular level to see how the enzyme works in this striking animation, Lactose Digestion in Infants.

➤ After watching the short film Got Lactase?, students may explore how the enzyme lactase hydrolyzes lactose into monosaccharides, and practice graphing and analyzing data. The accompanying worksheet requires them to provide reasoning for their answers. If you have time to explore the extension portion of the activity, you can tie in anaerobic respiration and why lactase non-persistence causes pain and discomfort. (Recommend for high school level)