I can vividly recall watching the tragedies of the Space Shuttle Challenger disaster unfold on the television. Though I wasn’t particularly interested in astronomy or space exploration, Christa McAuliffe had captured the hearts and minds of school children across the country.

Today marks Christa’s 66th birthday and in her honor, I wanted to celebrate the accomplishments of women in space.  I’ve chosen to focus particularly on McAuliffe and her colleague, Barbara Morgan for these women touched my life personally. 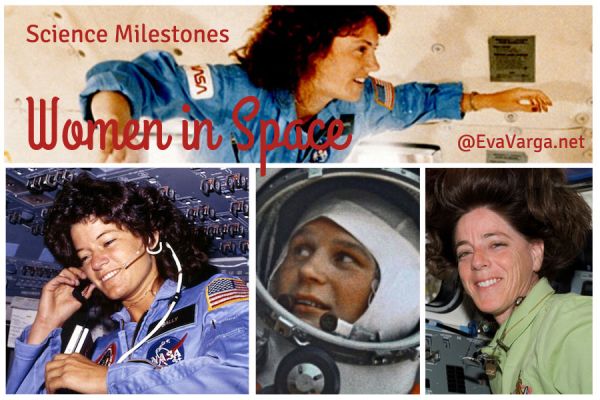 Hundreds of people have flown in space, yet the number of women that have made the journey is still relatively small. Although the first woman flew into space in 1963, it would not be until almost 20 years later that another flew.
The first woman in space was a Soviet cosmonaut, Valentina Tereshkova launched with the Vostok 6 mission on June 16, 1963. The United States did not have a woman in space until 1983, when astronaut Sally Ride launched with the seventh Space Shuttle mission.

As of July 2014, while 24 men have journeyed to the moon, no woman has travelled beyond low earth orbit. 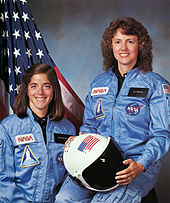 Sharon Christa Corrigan McAuliffe was born on September 2, 1948 in Boston, Massachusetts to Edward Christopher Corrigan and Grace Mary Corrigan. She was the eldest of five children and became a teacher in 1970.

In 1984, President Ronald Reagan announced the Teacher in Space Project and McAuliffe learned about NASA’s efforts to find the first civilian, a gifted teacher who could communicate with students to fly into space. McAuliffe became one of more than 11,000 applicants. On July 1, 1985, she was announced as one of the 10 finalists, and on July 7 she traveled to  Johnson Space Center for a week of thorough medical examinations and briefings about space flight.

As a member of mission STS-51-L, she was planning to conduct experiments and teach two lessons from the Space Shuttle. On January 28, 1986, She was one of the seven crew members killed in the Space Shuttle Challenger disaster.

Barbara Radding Morgan was born on November 28, 1951 to Dr. and Mrs. Jerry Radding and raised in Fresno, California. After high school, she attended Stanford University, graduating with distinction in 1973 and her teaching credential a year later.

Morgan was selected as the backup candidate for the NASA Teacher in Space project on July 19, 1985. From September 1985 to January 1986, Morgan trained with Christa McAuliffe and the Space Shuttle Challenger crew at NASA’s Johnson Space Center, Houston, Texas.

In January 1998, Morgan was selected by NASA as a Mission Specialist and reported to the Johnson Space Center in August 1998, making her a full-time astronaut. While training, she continued to present at science conferences across the country and in 2001, I had the wonderful opportunity to meet her at a CESI Luncheon (NSTA Convention 2001) where she was the keynote speaker and I was presented with an award along with Bill Nye.

She flew on STS-118 in August 2007. Three weeks after Morgan’s mission ended, she conducted her first space education assignment at Walt Disney World in Florida, telling those in attendance to “Reach for your dreams … the sky is no limit.”

Morgan’s words were etched into a plaque on a wall of Mission: Space. The “Wall of Honor” contains quotes from notable people, such as Neil Armstrong, John F. Kennedy, Charles Lindbergy, Stephen Hawking, Carl Sagan, Galileo, and Christa McAuliffe. Morgan’s plaque is placed beside McAuliffe’s, which says: “Space is for everybody … That’s our new frontier out there.”

Explore some of the activities and lessons provided by NASA:

Read one of the many wonderful biographies of pioneering women in space: