This month, I chose to honor the Alexandre-Gustave Eiffel who is most recognized for creating the Eiffel Tower. 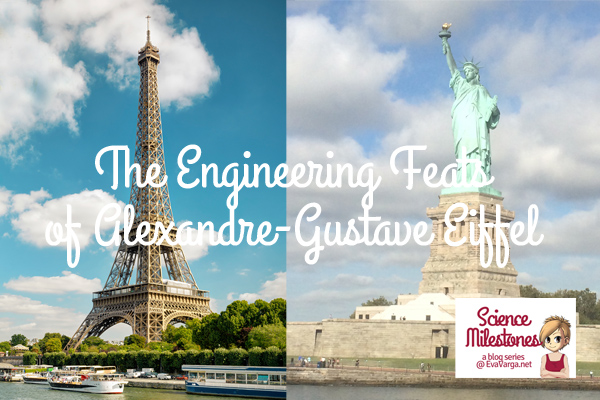 When the Statue of Liberty’s initial internal designer, Eugene Viollet-le-Duc, unexpectedly passed away in 1879, the Franco American Union and Auguste Bartholdi (the French sculptor who designed Lady Liberty) hired Alexandre-Gustave Eiffel as his replacement.

While Eiffel praised and retained Viollet-le-Duc’s plans for the sculpting and connection of the copper sheets (he would use Viollet-le-Duc’s repoussé technique and armature bars), he ultimately changed the initial plans for the interior design in favor of a modern approach. The Statue’s new internal structure would not rely on weight to support the copper skin but rather a flexible, skeletal system.

Eiffel designed a tall, central pylon (92 feet, or 28 meters) to be the primary support structure of the Statue’s interior. The pylon serves as the central attachment point for a lightweight truss work of complex asymmetrical girders which forms the Statue’s body. To connect the Statue’s copper skin to the pylon, flat metal bars are bolted at one end to the pylon and to the copper skin at the other end.

While the bars hold the Statue together, they also create flexible suspension (due to their malleability), acting like springs allowing the Statue to adjust and settle into the environment. This elasticity of Eiffel’s design is important because the Statue has to withstand winds from New York Harbor, temperature changes, and various other weather conditions.

Once his plans were approved, Eiffel supervised the Statue’s internal construction until its completion in late 1883. A few years later, Eiffel began his most famous project: the Eiffel Tower, which was completed for the Universal Exposition of 1889 (Exposition Universelle de 1889) in Paris. Eiffel died on December 27, 1923 in Paris, France.

A prominent French architect and structural engineer, Alexandre-Gustave Eiffel was born on December 15, 1832 in Dijon, France. Interested in construction at an early age, he attended the École Polytechnique and later the École Centrale des Arts et Manufactures (College of Art and Manufacturing) in Paris, graduating in 1855. Setting out on his career, Eiffel specialized in metal construction, most notably bridges. He worked on several over the next fewdecades, letting mathematics find ways to build lighter, stronger structures. 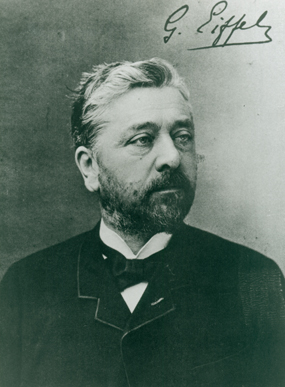 In his early work designing railway bridges, Eiffel relied on sophisticated mathematical designs renowned for their lightness, grace, and strength.

Eiffel is most famous for what would become known as the Eiffel Tower, which was begun in 1887 for the 1889 Universal Exposition in Paris. The tower is composed of 12,000 different components and 2,500,000 rivets, all designed and assembled to handle wind pressure.

The structure is a marvel in material economy, which Eiffel perfected in his years of building bridges—if it were melted down, the tower’s metal would only fill up its base about two and a half inches deep.

In his final years, Eiffel turned his interest to meteorology. He continued to study the subject at length until his death on December 27, 1923.

There are a variety of ways in which you can expand upon your study of Eiffel. Consider some of the following suggestions to get you started.

?Learn more about his earlier engineering projects, including the Eiffel Tower in Paris.