Zonnah, a fellow homeschool mom and Outdoor Hour participant, recently posted her gall study and it reminded me of galls we observed in Norway.  While there, I had asked around but no one knew what they were.   Months later, I posted my spotting on Project Noah, spotting #7418081.  A recent clue leads me to believe these galls were formed by Eriophyes tiliae or Lime Nail Gall.  These chemically induced galls form an erect, oblique or curved distortion rising up from the upper surface of the leaves of the common lime tree Tilia x europaea. 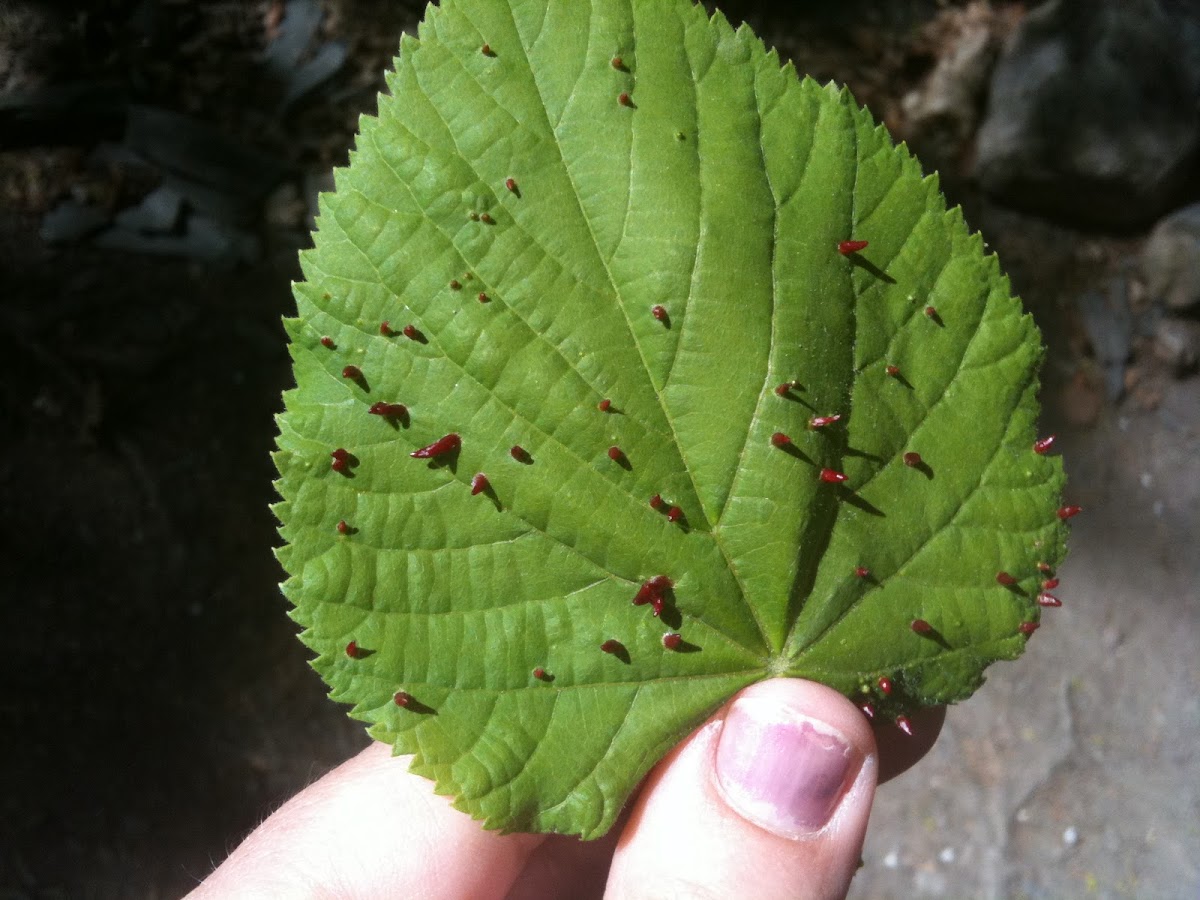 Mites move onto the foliage in the spring, having overwintered in the crevices of the bark and around the buds.  The mites are less than 0.2 mm long.  The chemicals released while sucking the sap from the lower leaf epidermis creates the colorful, hollow, finger-like extensions to form on the upper surface of the leaf.  Before autumn, the mites, which have been actively feeding and growing inside the galls, depart from their little ‘homes’ and seek shelter elsewhere on the lime tree whereby the cycle begins anew.