When I heard that Prince had passed away, I was substitute teaching in a kindergarten classroom. My mother-in-law had texted me and I immediately pulled out my phone to confirm. It couldn’t be true.

It was the first time the death of a celebrity hit me in a real and immediate way. There was first disbelief, followed by dread and nausea. I struggled to keep it together until the dismissal bell released me. Then the tears that wrung out of my body were so strong it gave me stomach cramps. 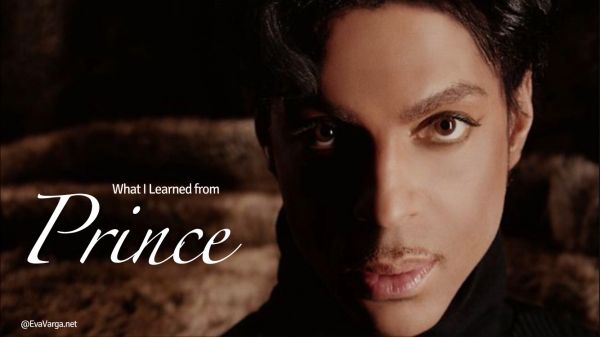 I drove home and immediately crawled into bed. I got a call from my mom asking if I was okay. She knew my heartache for she had experienced a similar loss when Elvis passed.

I am very grateful that my mother recognized his impact on my life very early. She purchased my first concert ticket for his Lovesexy tour in 1988 and drove seven hours one way to assure I could see him perform live.

I would see him perform once more in Portland in 2004 for Musicology. I had hoped to see his Piano & a Microphone tour in 2016 but missed my chance.

Since his death on April 21, 2016, I have watched numerous video clips of his live performances, interviews, and amateur tour footage that have been shared online. The explosion of material now available have provided his #PurpleArmy with the solace we seek, an opportunity for one more connection with him.

Prince Rogers Nelson was born June 7, 1958 in Minneapolis, Minnesota. His parents, Mattie Della and John Lewis Nelson, and grandparents were from Louisiana.  His parents separated when he was ten years and he subsequently repeatedly switched homes often as a teen. Yet music was always a strong element in his life.

Prince first began recording in 1975 with 94 East. A year later he signed a recording contract with Warner Bros whereupon they agreed to give him complete creative control.

His talent was limitless. He was a master composer, musician, and revolutionary artist. I dare say there is not a single artist in my lifetime who has influenced the sound and trajectory of music as much as he.

“I’m no different to anyone. Yes, I have fame and wealth and talent, but I certainly don’t consider myself any better than anyone who has no fame, wealth or talent. People fascinate me. They’re amazing! Life fascinates me! And I’m no more fascinated by my own life than by anyone else’s.” ~ Prince

A Legacy of Equality

I first discovered Prince while watching Night Tracks on TBS. They had aired two performances by him back-to-back, Little Red Corvette and 1999. I was immediately attracted to the music and his individuality. He was like no one else. He was different.

“I don’t really care so much about what people say about me. It usually is a reflection of who they are. For example, if people wish that I would sound the way I used to sound, it says more about them, than it does me.” ~ Prince

As the years progressed, his style evolved. Through it all, strong female musicians were an integral part of his band. They were not solely backup singers or dancers (though he did have those as well) but his partners – Wendy Melvoin, Sheila E., Rosie Gaines, and Candy Duffer amongst others.

Emma Garland recently stated that women are generally portrayed as passive objects in music, which is to not exist at all. “With Prince, they were addressed with awe and empathy. He wrote about women as real, powerful, complicated, sensitive, and sexual beings that he could learn from, and who enriched his life.” 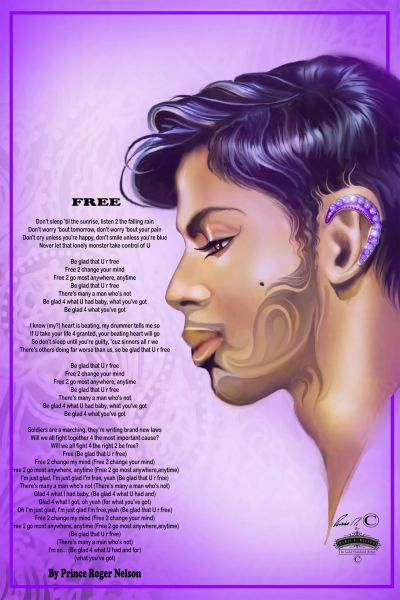 A Legacy of Freedom

He caught the media’s attention early in his career with his stage presence and outrageous costumes. Many of his songs were overtly sexual. Yet, Prince never made any apologies for who he was and always preached that the most important thing is staying true to yourself.

“Despite everything, no one can dictate who you are to other people.” ~ Prince

He showed me early the power of living one’s life by one’s own rules and no one else’s. He empowered me to walk my own path and to not be persuaded by others to follow the crowd.

Throughout every emotionally difficult time in my life, I’ve sang the lyrics to his songs in my mind. Repeating stanzas like a mantra. The song that had the biggest impact on me was most assuredly Free (lyrics shown above).

A Legacy of Compassion

Prince was also a secret philanthropist, supporting causes including youth empowerment, animal rights, racial justice, and clean energy for all. His compassion for the others was an important part of his legacy.

“Compassion is an action word with no boundaries.” ~ Prince

The legendary musician was renowned for speaking out on behalf of those who were vulnerable and voiceless. According to federal tax forms, his charity, Love 4 One Another, gave more than $1.5 million between 2005 and 2007 alone.

A new mural of Prince has been unveiled from 10:10 on Vimeo.

The climate charity 10:10 recently commissioned a new mural in honor of Prince’s contributions to environmental causes in Camden, north London. The mural kicks off their six-week campaign to provide solar panels to food banks and charities – groups that reflect the commitment to community, creativity and humanity that Prince demonstrated in life with his secret philanthropy.

“If you ever lose someone dear to you, never say the words, ‘They’re gone.’ They’ll come back.” ~ Prince

When he gave, he made only one request, to not publicize it. He wanted no publicity or accolades for the gifts he bestowed. Many of those who were impacted by his generosity only began sharing of his compassion after he had passed.

A Legacy of Love

Throughout his career, he brought cultures together. Uniting sexes and working to instill his message of love for one another. His fans or #PurpleArmy continue to share his vision.

Spirituality has always been a part of his music. Prince’s musical and lyrical explorations of spiritual themes are evident in each and every album he released. More importantly, he embodied and lived by his spiritual principals.

When I think of Prince, both his music and his life overall, I don’t so much think about religion. When I think of him, I think of love—not romantic or sexual love—but unconditional, human love. A love that transcends gender, race, or religion. A love not limited to one’s family, social circle, community or nation. A love we are most in need of cultivating if we are to grow and evolve.