A friend of mine in Atlanta, Akshaye, recently traveled home to India and I was delighted when he said he would send us a few postcards.  When the first one arrived, we were all drawn to the subtle watercolor illustration.  The munchkins were ecstatic to discover it was from India … a country for which we have developed a strong appreciation.  Through our history studies in Story of the World, we have learned quite a bit about India.  It is high on our list of countries to which we hope to someday travel. 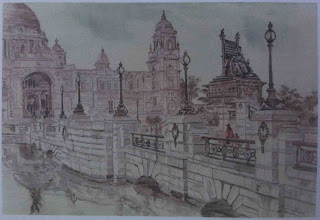 Victoria Memorial, in Calcutta
His inscription on the back read, “I am sending you a postcard from Calcutta, India.  I grew up in Calcutta and it’s a very special city.  The postcard shows a picture of Victoria Memorial, one of the city’s most famous buildings!”
Coincidentally, one of our favorite restaurants is the Taj Palace.  We were regulars in fact.  We were there shortly before we moved to Northern California and we got to talking with the owner.  When we shared with him that sadly we would be moving to Northern California and would not be able to come in as often, he said, “Oh, no problem! My brother has a restaurant in Redding.  Just like this one, buffet!”  This discovery made our move much easier and of course we went the first week we were here.

The stamps upon both postcards
When Akshaye’s postcard arrived … we immediately began to crave Priya’s again.  Gladly, we were able to coordinate with DH and also celebrated our traditional “NOT Back to School” day here as well.  Some of our favorite dishes are Butter Chicken, Naan, Raita, Aloo Gobi, and Tandoori Chicken.  Mmmm, I’m craving Indian food just writing this . . .  ..  . 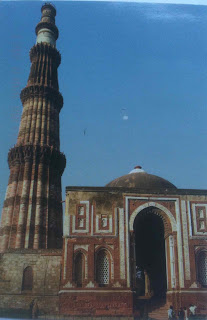 Qutab Minar is a UNESCO World heritage site located in Delhi, India.
It is the world’s tallest brick minaret.
A few days later, a second post card arrived.  On which Akshaye wrote, “This postcard shows a tower in Delhi made of red brick.  It was constructed by a king and work began on it in 1193.  That’s over 800 years ago!  Till today it remains the world’s tallest.  My mother grew up in Delhi and I go there to see her family.” 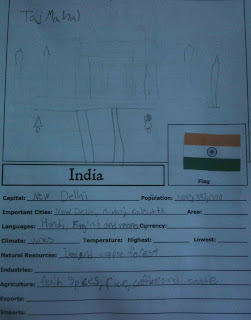 We filled out our notebooking pages and began to do a little more research on India.  Most of our studies have focused on the history of India so this time we focused on present day.  We discovered that, like Malaysia, India is one of 17 megadiverse countries.  We also learned that it is the second-most populous country with over 1.2 billion people.  Any guess which countries come in first and third?  We read about Ghandi and a little about the economy (imports / exports) discovering that India, in addition to spices, is one of the world’s leading producers of iron and copper ore as well as rice and cattle. 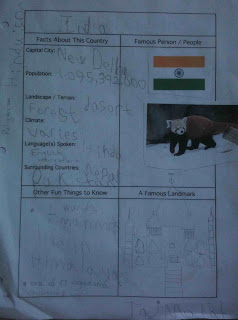 If you are interested in creating a unit study on India, check out the resources I have compiled here, Investigating India: A Homeschool Unit Study. 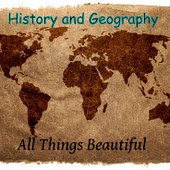 I am linking this up at All Things Beautiful.