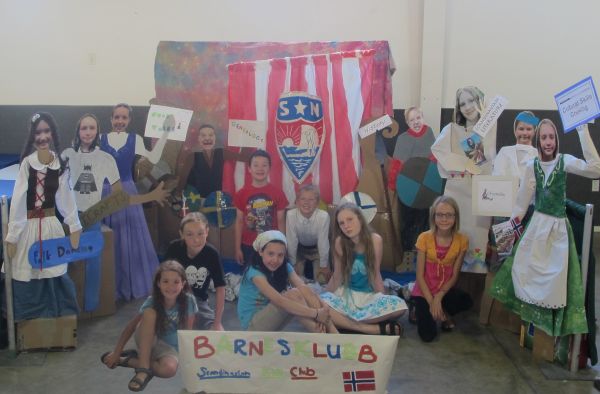 A year ago .. our Barnesklubb (Scandinavian Kids Club) took part in the county fair and entered a  Junior Feature Booth  exhibit (or fair booth) in the ‘Activity Class’.  To our surprise, our entry was not judged – we were informed that we did not meet enough of the criteria and were thereby ‘disqualified’.  We were heartbroken. Angry. Mystified.

Permanence, perseverance and persistence in spite of all obstacles, discouragements, and impossibilities: It is this, that in all things distinguishes the strong soul from the weak.

As we reflected on the experience and reviewed the score sheet, we had to agree that we missed the mark in numerous areas (we lacked lighting, we didn’t use all of the available space, and our message was indeed unclear); though we are still perplexed as to why they claim to use the American System of Judging.  We talked it over and conferred with our other Barnesklubb members.  Everyone agreed we wanted to give it another go, proving Vikings are persistent and will persevere! 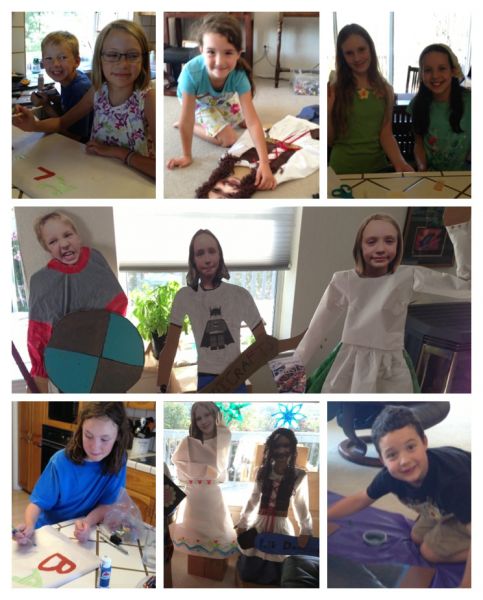 We opted to use the same Viking ship we had used a year ago, though we had to create a new mast.  Fortunately, we were able to salvage the Sons of Norway logo.  For a backdrop, we hung a tie-dyed sheet with white holiday lights twinkling behind to resemble an Aurora Borealis.

To fill the space, the kids created cardboard cut-outs of all the club members (a mini-me, as we came to call them).  The kids had a blast cutting out their mini-me and personalizing it.  The girls created Norwegian bunads for each mini-mi, whereas the two youngest (both boys) decorated theirs to match their Viking spirit.  The oldest (also a boy), dressed his mini-me in modern day clothes, jeans and a Lego mini-fig t-shirt.  After all, Legos were invented in Denmark.  For the faces – we wanted the judges to know that this club is indeed youth – and we thereby used a photograph on each mini-me.

Regardless of the result come Wednesday, we know in our hearts that we did an awesome job. Ultimately, it was the joy of coming together and collaborating on a fun project that we will remember.