As parents of middle school age children, I am sure you have long been aware that the toys that we choose to buy for our kids can make a difference in their development. Being presented opportunities to see, play with, and experience specific materials present different challenges, require different skill sets, and cover a variety of different learning areas.

Educational toys encourage specific learning areas such as literacy, math, science, and music. Games and puzzles teach strategic thinking skills and encourage laughter and social awareness. They also bring family and friends together to make wonderful memories that will last for years to come.

I love classic toys for many reasons. One of things that I have discovered is that these timeless classics continue to captivate people of all ages. 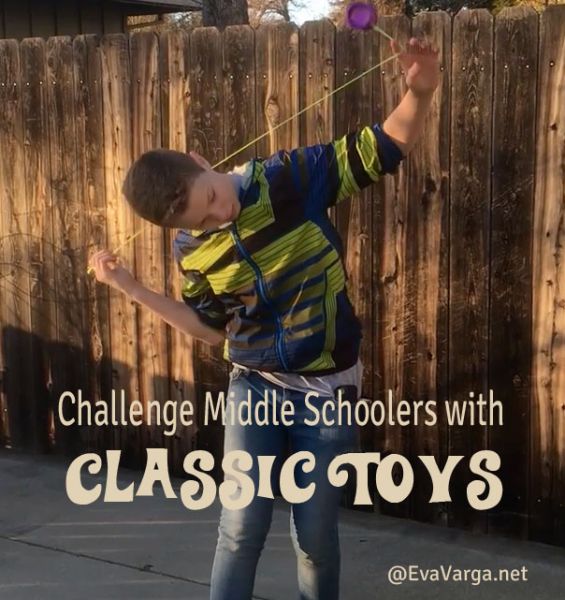 The Amazing World of YoYoing by Erik Everson, age 13

One amazing hobby (and potential) profession is yo-yoing. There’re all sorts of variations and styles. The five main styles are:

String Tricks is the most popular style and the style I will focus on today. What makes it so unique you ask? These aren’t traditional yo-yos that most people grew up with. These are known as non-responsive yo-yos, which means they do not come up with the tug on the string. The ones that come up with a tug on the string are called responsive yoyo’s.

What makes yo-yos that are non-responsive so unique is the string can touch the yoyo in many more variations without accidentally coming back up to the hand. This makes your trick variation possibilities expand so much more.

Well then, how do you get it back up, you ask? The basic way to get the yoyo back up is to put a layer of string into the yoyo. Most of the time this trick is called “the bind”. If you’d like to see this performed, search on YouTube under, “How to Bind with a Yo-Yo”.

Competitions happen around the world. It’s amazing to see how many people are have taken up this hobby/profession. If you’d like to see some amazing performances of String Tricks here are some names to look up: Gentry Stein, Zack Gormley, Paul Kerbel, and Brandon Vu. These are just some of the many amazing yo-yoers.

In conclusion if you decide to join me on this amazing journey you’ll have the time of your life. Remember not to take it too seriously, it’s yo-yoing. 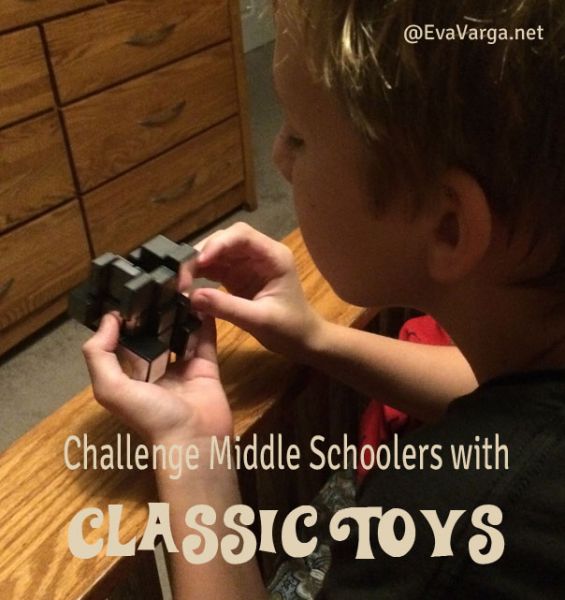 I first discovered the Rubix Cube in 2014 when I received a classic cube in my Christmas stocking. I played around with it a bit over the holidays but I never got further than solving the green side so I gave up. My parents told me that was far as they ever got, too.

I didn’t think too much about it until several months later when I saw a video on YouTube where someone solved it in under 30 seconds. I thought to myself, That’s cool. I want to to be able to solve the puzzle like that. So I searched for ‘how to solve’ videos on YouTube and began to practice the algorithm.

I am now a cuber and my best time is 21 seconds. I can also solve the 2×2, Pyramix, and 3×3 Cuboid Shape Shifter (pictured above). My favorite cube is the 3×3 MoYu HuaLong because it feels like butter when you turn it. 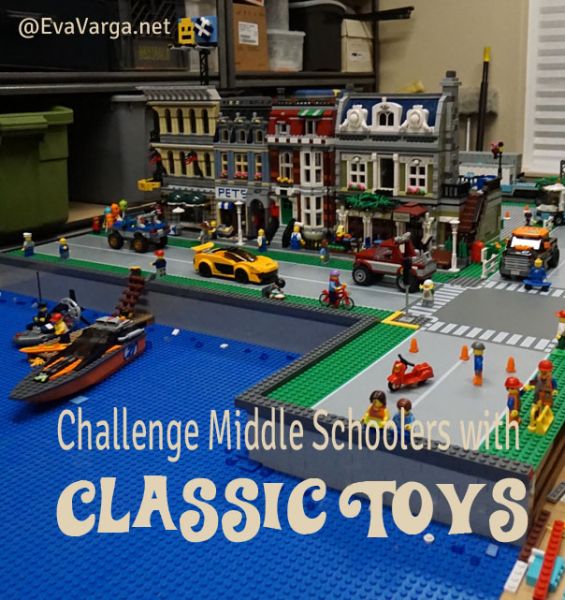 The history of Lego spans nearly 100 years, beginning with the creation of small wooden toys in the early 20th century. Manufacturing of plastic Lego bricks began in Denmark in 1947, but since has grown to include factories throughout the world. Today, the company is an iconic brand.

Founded in 1932 by Ole Kirk Christiansen, the word “lego” is derived from the Danish words “leg godt”, meaning “play well”. The word “lego” also means “I put together” in Latin, and “I connect” in Italian.

For decades, Legos were mostly something kids played with and adults stepped on barefoot in the dark. The Lego universe has been expanding rapidly in recent years, however, with the opening of colorful retail stores, a continuous stream of specialty parts, architecture and city sets, and alliances with the “Star Wars” franchise (amongst others).

Clearly something has clicked — Lego recently became the world’s biggest toymaker. With the popularity of the Lego Movie, it is of no wonder that many teens and preteens are jumping into the foray and trying their own hand at Stopmotion videos

In 1974, Horst Brandstätter introduced the iconic Playmobil plastic figurines and toy sets to the market. They are now a staple in kids’ rooms in around the world. The simplicity of the figurines stimulates the children’s imagination and creativity.

The Playmobil brand is typically thought of a toy for younger children, like Lego, the simplicity of the figurines and the variety of sets makes it a wonderful resource for their Stopmotion videos 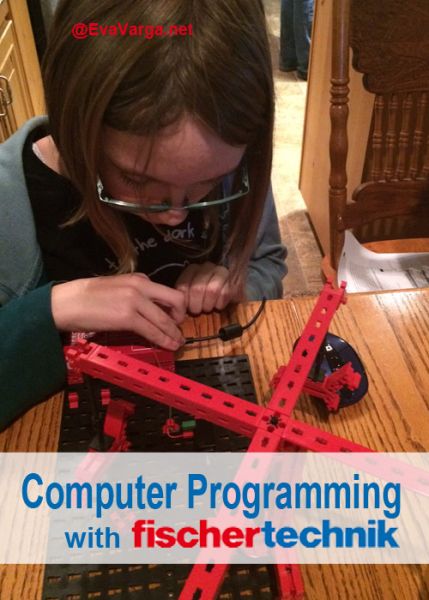 Fischertechnik is another German brand with a strong presence in the toy market. The company’s toys are used in education to teach about simple machines, as well as motorization and mechanisms. The company also offers computer interface technology, which can be used to learn the theory of automation and robotics.

The company first began as a fastener manufacturer, but in 1965, Artur Fischer invented a building block system for a toy set initially intended as a Christmas novelty gift for engineers. The construction toy’s popularity took off and soon hit the shelves in toy stores across Germany and later the world.

Fischertechnik’s success even pushed Lego to introduce its own line of educational toys at the end of the 1970s. The new division “Lego Technic” included gears, axles, pins, and beams in addition to the simpler brick-building properties of traditional Lego sets. These popular building sets provide hands-on experience with simple machines and engineering concepts. With the STEM II kits, kids can even learn computer programming. 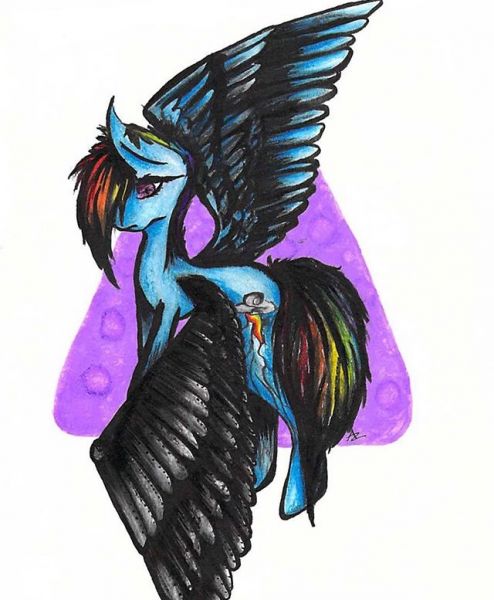 Originally a favorite amongst little girls, the revamped incarnation of the “My Little Pony” franchise has drawn a cult following of teenagers and even grown men. The Pony world includes art, video games, music, T-shirts, and fan fiction — created by fans and based loosely on the canon but jumping off in unorthodox directions.

It wasn’t long before my teen daughter mentioned that she was devoted to the My Little Pony TV show, which airs on Discovery Family. The truth is she more than mentioned it. She watches it all the time, racing through her homework to catch an episode before bed. She has even created several OCs (original characters).

Linking up at Junior High Junction

1 comment on “Challenge Middle Schoolers with these Classic Toys”