We love to listen to audio books in the car.  You’d hope that we could always agree on a title, and sometimes we do.  Especially when we have found a series we enjoy and can’t wait to hear the next installment.  Generally, however, we argue about which one we will listen to first. We all have our favorites you see. We generally pick out titles with which we are familiar, but on occasion we stumble upon a new title that jumps out at us and grabs us as if to say, “Read Me!  You Must Hear My Story!”

One of my favorite authors growing up was Scott O’Dell.  I loved his book, The Island of the Blue Dolphins and for many years, dolphins were my favorite animal.  While browsing the audio titles at the library last month, we came upon a title by O’Dell that I was not familiar, The Road to Damietta.  I absolutely love historical fiction and when I read the book jacket, “Rich in the atmosphere of thirteenth-century Italy, The Road to Damietta offers through Ricca di Montanaro’s eyes a new perspective on the man who became the famous Saint Francis of Assisi, the guileless, joyous man who praised the oneness of nature and sought to bring the world into harmony. “Lord, make me an instrument of Thy peace,” he said. “Where there is hatred, let me sow love, where there is injury, pardon; where there is doubt, faith; where there is darkness, light; where there is sadness, joy.” ”  We indeed must read this book I proclaimed to the kiddos.  It seemed the perfect choice for us … Scott O’Dell, love for nature, historical context (despite the fact that we study history chronologically and we were presently in the 1800s), etc. 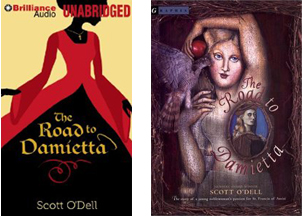 I really enjoyed this book but there were a few things that took me by surprise and I wish I had known before I had selected this as an audiobook for my children.  I do not believe books should ever be banned, however, I do believe parents have the right to screen what their children are exposed to.  I’ve never worried too much about this as we have a pretty relaxed and open dialogue with our kids.  My children have not ever experienced nightmares and enjoy watching movies with scenes that many of their friends find frightening.  As a parent is our responsibility to protect our children and if at all possible screen movies and books until the child is old enough.  I wish I had had a little inkling of what The Road to Damietta held for us … not because of images that were frightening but because it brought to the surface adolescent love and some vocabulary that I just wasn’t ready to expose my children.

Through Ricca di Montanaro we see the vibrancy of 13th century Italy. The pettiness of the noble and merchant classes, the undercurrent of treachery in the church, and the breathtaking beauty of an already ancient landscape. In the beginning, Ricca and her friend, Clare, swoon over Francis Bernardone’s playboy antics. But when Francis infamously strips naked in the public square and takes a vow of poverty for Christ, their paths diverge.  What took me by surprise, was that Ricca also partly disrobes in the public square causing quite a stir with the noble class, particularly Ricca’s father.  Her father sends her to anItalian convent and even then she cannot shake her conviction that Francis will change for her, if she can only prove her love. 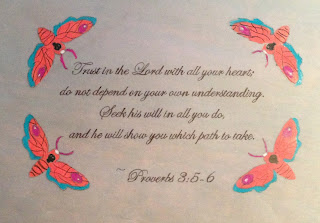 Her continued obsession with Francis disregards completely his devotion to peace, nature and God. Her jealously of Clare’s burgeoning involvement with Francis’s way of life is one of many clear illustrations of just how blind her 13 year old mind is to his commitment. Soon, all of Italy is religiously obsessed: the Fifth Crusade has begun. The Road To Damietta is a journey that Ricca undertakes to follow Francis, and it ends in heartbreaking realizations for both of them.

I don’t want to give too much of the story away.  It really is a very lovely book and we enjoyed the story and the historical context.  However, I want my readers to be aware of another surprise I encountered.  Along Ricca’s journey, a vocabulary word is introduced for which I wasn’t prepared. My kiddos usually allow words they are not familiar with to pass them by and likely picking up meaning with context clues.  This time, however, my children asked, “Mom, what is a brothel?”  Hmmmm.  This wasn’t something I was ready to explain to my 10 and 8 year old.

With the few little surprises set aside, there were many things we enjoyed about this book.  One of the things we most enjoyed about this book was the fact that Ricca was training to illuminate manuscripts. As O’Dell describes Ricca at work, he brings to life the artistry and tediousness of her work.  My kids enjoyed googling illumination and looking at images from ancient bibles and even more modern twists on this beautiful art form. 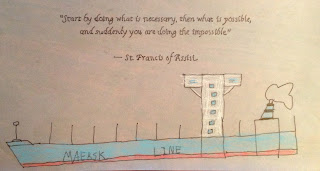 We also enjoyed learning about the contrasting lifestyles of the noble class, merchants, and peasants of 13th century Europe.  I wish I had read aloud this book (and thereby screening out a few passages) when we were studying the crusades for Ricca & Francis’ story helped us to better understand the motives and feelings of the common people during this tumultuous time.

I often try to capture the spirit of a book that touches us by integrating other subjects – art, music, cooking, and if possible, field trips.  This time, I was inspired to provide the kids with an opportunity to illuminate a favorite verse or quote.  We had done this in the past but neither remember it very well and even then, I realized they were too young for the intricate work.

When we were at the Multicultural Faire last week, the Sons of Italy had a fun trivia game prepared with informative posters along the wall.  One poster was of Saint Francis of Assisi and the kids enjoyed sharing with the lodge members about what they knew of him.  They were quite surprised and looked up at me during the conversation to ask, “Do you all homeschool?”  It is a question I hear often.  To my delight, homeschoolers are indeed making a difference and changing societies perception of what is possible.