Not yet adjusted to the 9 hour time difference we all awoke early and had to wait just over an hour before we could go downstairs for frøkost (our breakfast buffet – an elaborate assortment of cheeses, breads and pastries, sliced meats, pickled herring, fresh fruit, waffles, pancakes, sausages, bacon and eggs.  We took our time to assure we had eaten our fill – in hopes of avoiding the need for lunch a few hours later. 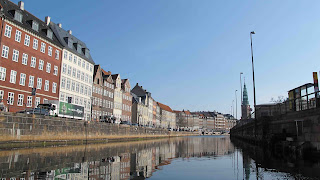 At 9:00 a.m., we boarded a tour boat to take in the sites of the city of Copenhagen via the canal.  From the boat, we saw the infamous Little Mermaid sculpture as well as numerous buildings of distinctive architecture.  The canal tour also took us through Christianshavn. 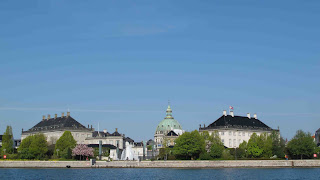 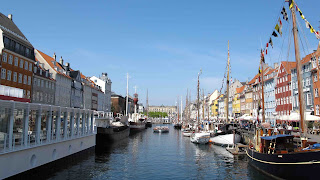 We completed one circuit and then disembarked at Nyhavn, walking the remaining distance to Amalienborg to see the Queen’s palace.  As she was not presently in residence, the Danish flag was not flown.  We opted to not take part in the guided tour nor stay to see the changing of the guard.  Instead, we made our way back through Størget – stopping at the Lego store, of course.  We also managed to stumble upon the Hans Christian Andersen statue .. delight as I had wanted to see it and for some reason was under the impression that it was some distance from the main tourist area. 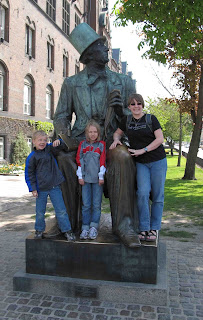 We then crossed the street and entered Tivoli – the inspiration, I understand, for Disneyland.  I don’t believe I’ve ever seen the kids more delighted and engaged in the rides – they had so much fun; finishing a ride and running back to the queue to go again … and again. 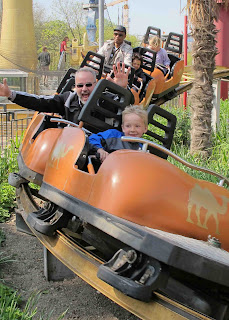 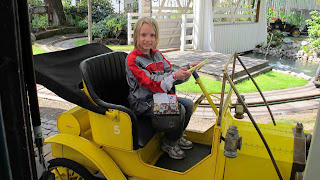 As evening lingered on, we opted to get some dinner.  This resulted in a bit of discussion – but we ended up choosing _______ .  The service was poor and the food was mediocre.  After two disappointing meals, I became adamant about making better choices. 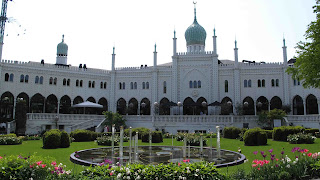