Summer is fast approaching and with it, productions of Shakespeare are popping up all over the country, many of which are staged in local parks. I love Shakespeare!  While I never got to study it in school, I have delighted in discovering his wit and charm alongside my children. 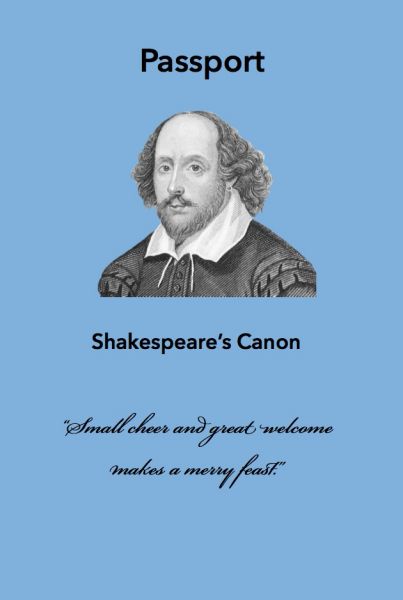 Soon after we first started homeschooling, I made it a goal to see at least one play each year.  The Oregon Shakespeare Festival, widely recognized as one of the best theater festivals in the world, has always been only a couple of hours from where we live. Thus far, we have not been far off that goal.

2015 Much Ado About Nothing

* The kids didn’t start attending until 2010 when our youngest was six years old, the minimum age required for admittance. 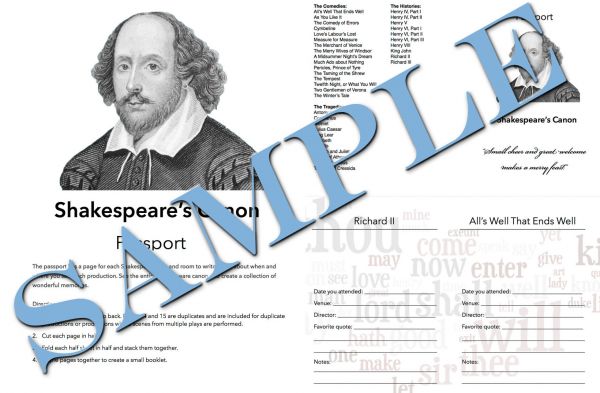 With each production I have seen, I am more devoted to eventually seeing Shakespeare’s entire canon. To commemorate this feat, I have created a passport in which I can document a little anecdote from each play I’ve attended.

I printed the title page onto colored cardstock and the remaining pages on standard paper. I just love how it all came together and I know you will too. There is room to note when / where you saw the production as well as for a favorite quote from the play. It is available for purchase in my Teachers Pay Teachers store.

If you are interested in learning how to incorporate Shakespeare into your curriculum, consider an earlier post, Much Ado About Shakespeare, where I outline a step-by-step plan to teaching Shakespeare to middle school students. 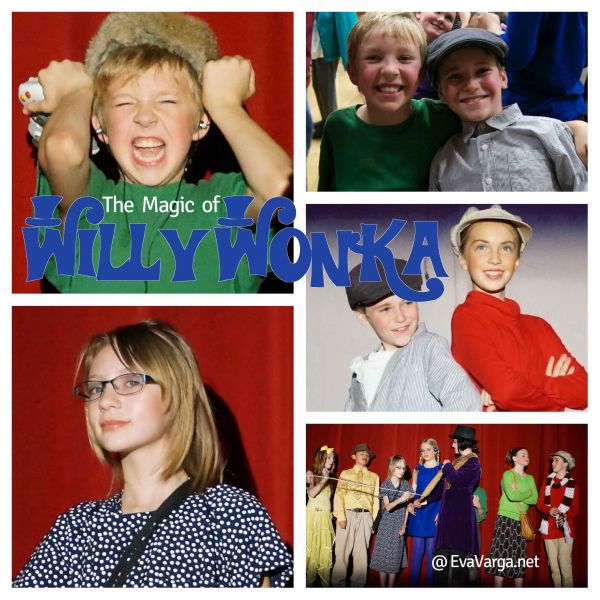 In January, Sweetie enrolled in a drama class taught by another homeschool mom with extensive experience in performing arts.  The class met once a week on Monday afternoons for rehearsals.  The play was an adaptation of the timeless story of Peter Pan, the Lost Boys, Tinkerbell, and the other fairies in Neverland.
The girls were also able to choose their own colors and thereby create a costume of their own design, providing another opportunity for the students to take part in all aspects of a drama production.  Sweetie chose yellow of course and we delighted in adding small elements that hinted of her passion for nature small flowers were sprinkled across her wings and petal skirt. 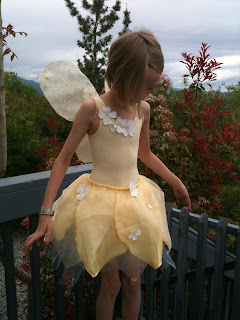 Prior to casting, the students were asked to prepare a charade of an historical person.  At the time, we were reading a biography of Marie Curie so naturally, Sweetie selected her.  As a result, Sweetie was selected to play the part of Breena, a clumsy fairy with a passion for science.  Each of the girls’ characters brought out something of their true personality … thereby allowing them to focus on being comfortable on stage and memorizing their lines, rather than on creating the allusion of a another character.  As this was a beginning drama class, I thought this was wonderful. 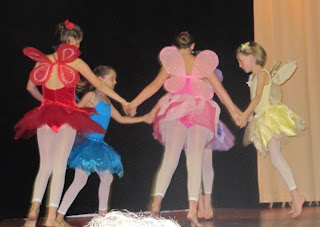 The script was given out in segments and the kids were expected to practice at home to memorize their lines.  Though tears did flow on occasion, this was a wonderful life experience with deadlines and expectations. 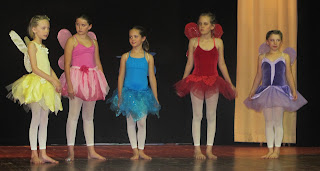 Performance night and we were delighted that Grandma Raandi and her swim coach, Luanna, and Luanna’s daughter, Jenny, could all attend.  It was wonderful to share the experience and to know that she had a large and supportive cheering section in the audience.

Everyone’s performance was enjoyable and though a few forgot lines and a scene was even omitted by mistake, we were all very proud.  After the cast took a bow, the teacher gave each of the girls a rose, a very thoughtful token of appreciation for their hard work. 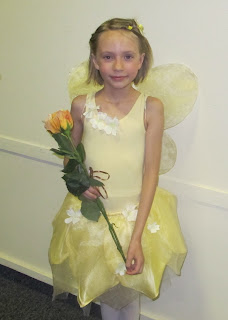 I hope that she’ll consider taking part again.  It was so fun to watch her on stage.  Her voice was strong and her performance was spot on.  I am indeed a very proud mama.  🙂