Happy Wednesday and welcome to Finishing Strong. We are a link up that supports families as they homeschool their middle & high school children.

As our kids grow, we are given unique insight in to their passions and potential future goals. Recently, a number of bloggers shared their personal experiences raising children with distinct paths and interests.

Not only were they fun to read, but they were also some of our most popular links from last week.

How to Grow a Reader from Blog, She Wrote

Growing a Musician from Eva Varga

Homeschooling a Horse Lover from Our Journey Westward

4 Tips for Raising a Crafty Kid from The Sunny Patch

What makes your child one-of-a-kind? What endeavors are you fostering while homeschooling your teen?

We would love to hear about your family’s experience teaching middle & high schoolers at home, so link up with us below.

Bloggers, by linking up, you may be featured on our co-hosts’ social media pages or our Pinterest board. We may even select you to be featured in a future post!

Guidelines for the hop:

*By linking up, you agree for us to share your images, always with credit!

So tell us, what have you been up to?

We want to see your best posts that focus on homeschooling middle & high school students. Share your ideas, unique learning approaches, and encouragement. 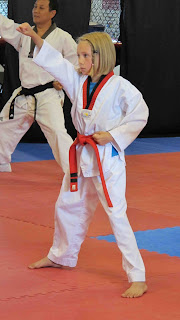 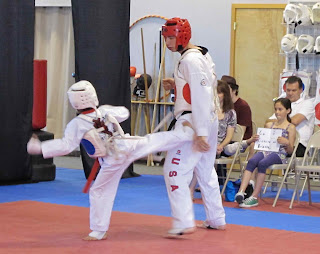 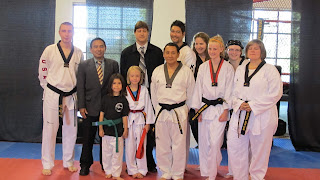 Later this week, MeiLi will be testing for her Black Belt in Taekwondo.  She has been working towards this goal since the Spring of 2007.  She worked through nearly all of the Tiny Tiger belt levels at Karate for Kids before they closed their doors in January 2008.  That summer, she began her quest again at Bend Martial Arts Club as a yellow-instructor.

As a part of the requirements to test for her Black Belt, MeiLi was asked to write an essay – answering three questions.  To commemorate her achievement, I post it here.  The words are her own – though I did make some suggestion to improve the flow.  Writing the history of Taekwondo was the most difficult.  Essentially, I read aloud excerpts from a couple of websites and she narrated it back to me.  I then repeated her words to her as she wrote out her rough draft by hand.  We then sat down together to correct spelling and grammar.  Finally, I typed it up for her to save time.

In ancient times, there were three rival tribes in Korea; Koguryo, Shilla, and Paekje. Each wanted strong warriors to protect their land and people so they trained to fight in martial arts but the style was a little different depending on where you were. Koguryo was founded on the northern part of Korea. The Koryo dynasty united Korea from 918 – 1392. During this time, you needed to know Taekkyon techniques to be a part of the military. Young people did contests, called subakhui, to see if they were good enough.

Over time, with the invention of gun powder and new weapons, Taekkyon was not used as much. Also, when Japan took over, they said “No more Taekkyon.” They wanted the people to use their style of martial arts, Karate. So Taekkyon was secretly handed down by the masters until Korea was liberated in 1945 after WWII.

Taekwondo as we know of it today started in the South Korean military in the 1950s and 60s. Today it is the national sport of South Korea. Taekwondo has changed some since then and is now a part of the Olympics. 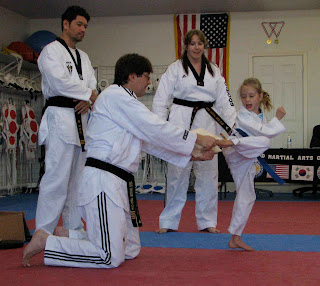 I started Taekwondo when I was 4 and a half years old. I have learned a lot from my Taekwondo classes. One memorable thing that I will always remember happened when I was a yellow belt. I was sparring with another girl and she kicked me in the chin and my tooth fell out. At first I cried because it hurt but I didn’t let it stop me. I got back out there. I learned to wear a mouth guard and to never give up.

When I was testing for my brown belt, I fell apart. During my poomse, I got stuck several times and I was feeling terrible. When Master Gregory called on me, “Geneva?” I replied, “What!” in a very rude way. All the people laughed and I learned to have better self control. I learned to show respect even when I am frustrated.

After I get my black belt, I am going to take a little time off but I will practice at home. This is because we are moving and I want to find a good Dojang . After 6 months to a year, I will start training with a Sabeomnim again. When I am in college, I want to be an assistant instructor like Lisa. I think it will be fun to help little kids learn Taekwondo. 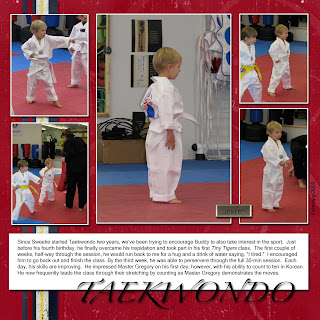