Constitutions are groundbreaking documents that establish fundamental principles by which a body of people are to be governed. Norway’s Constitution was written in 1814 at a time when cultures were emphasizing democracy and free will. The start of the 19th century brought with it new concepts on politics and national independence. The revolutions in the US (1776) and France (1789) paved the way and Norway was intent on following their lead. 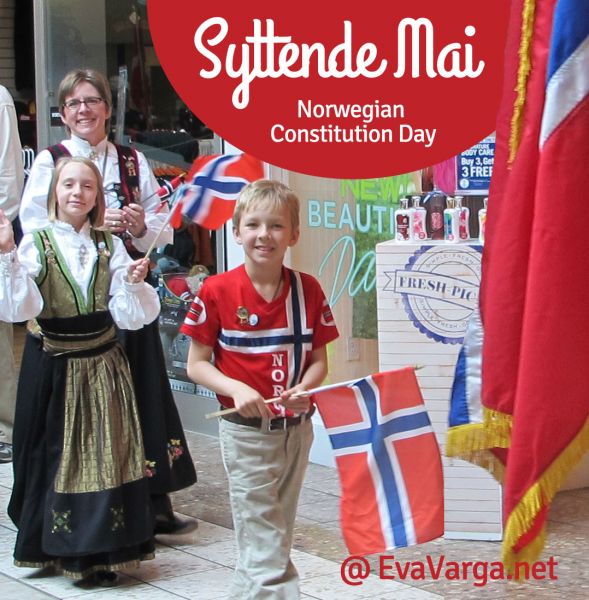 Norwegian Constitution Day is the National Day of Norway and is an official holiday observed on the 17th of May each year. Among Norwegians, the day is referred to simply as Syttende Mai. Signed at Eidsvoll on May 17 in the year 1814, the constitution declared Norway to be an independent kingdom in an attempt to avoid being ceded to Sweden after Denmark-Norway’sdevastating defeat in the Napoleonic wars.

A noteworthy aspect of the Norwegian Constitution Day is its very non-military nature. All over Norway, children’s parades with an abundance of flags, national costumes, and big smiles are the heart of the celebration. Decorations of leafy birch branches, in celebration of winter’s end, and ribbons of red, white and blue make for a festive atmosphere.

Syttende Mai is also celebrated in many Norwegian immigrant communities throughout the world, with traditional foods (I share one of our favorite recipes below), sometimes including lefse and lutefisk, but simple hot dogs are equally popular.  In the United States and Canada, the local lodges of the Sons of Norway often play a central part in organizing the festivities. Our small lodge is no different; we gather for an annual brunch and special cultural programming including games and folk dancing. 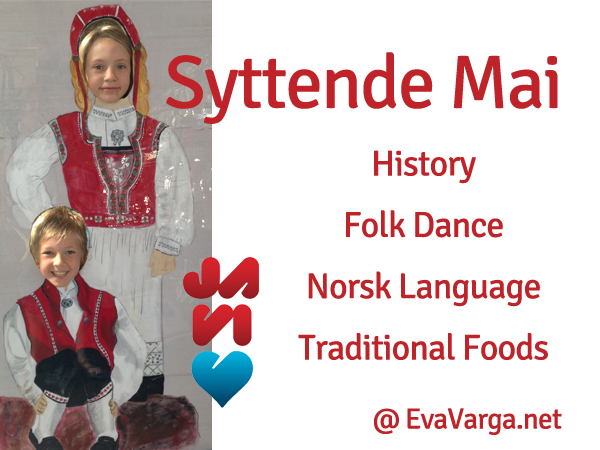 One of our favorite treats on Syttende Mai are Fastelavnsboller: 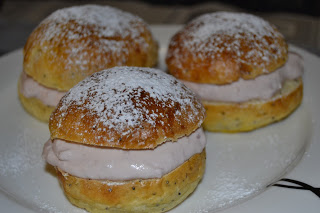 For more activities and ideas to explore Scandinavian culture, check out my Barnesklubb Pinterest Board.