During the 19th century scientists knew little about what went on inside an atom. However, by the end of the century there were startling new ideas about the structure of the atom resulting from the discoveries of X-rays, radioactivity, and the electron. Marie Curie was amongst the leaders whose discoveries of radioactivity led to a new understanding of atomic structure. 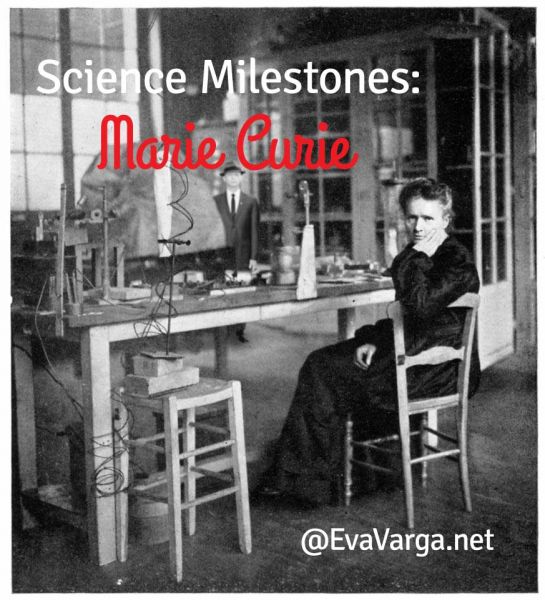 In 1896 Henri Becquerel was using naturally fluorescent minerals to study the properties of x-rays, which had been discovered the previous year by Wilhelm Roentgen. Becquerel exposed potassium uranyl sulfate to sunlight and then placed it on photographic plates wrapped in black paper, believing that the uranium absorbed the sun’s energy and then emitted it as x-rays.

Believing his experiment had failed due to the inclement weather in Paris, he decided to develop his photographic plates anyway. To his surprise, the images were strong and clear, proving that the uranium emitted radiation without an external source of energy such as the sun. Becquerel had discovered radioactivity.

“I am amongst those who think science has great beauty.”

The term radioactivity was actually coined by Marie Curie, who together with her husband Pierre, began investigating the phenomenon recently discovered by Becquerel. The Curies extracted uranium from ore and to their surprise, found that the leftover ore showed more activity than the pure uranium. They concluded that the ore contained other radioactive elements. This led to the discoveries of the elements polonium and radium. It took four more years of processing tons of ore to isolate enough of each element to determine their chemical properties.

Maria Sklodowska was born in Warsaw on November 7, 1867, the daughter of a school teacher.  As a young girl, Manya (as she was affectionately called)  received a general education in local schools and some scientific training from her father. She was a brilliant student and dreamed of studying at the Sorbonne in Paris but it took eight years of saving before she could afford to go. Despite very poor living conditions and a lack of French she graduated in physics in 1893 and mathematics in 1894.

“All my life through, the new sights of nature made me rejoice like a child.”

She met Pierre Curie, Professor in the School of Physics in 1894 and in the following year they were married. Her early researches, together with her husband, were often performed under poor laboratory conditions. The discovery of radioactivity by Henri Becquerel in 1896 inspired the Curies in their research which led to the isolation of polonium, named after the country of Marie’s birth.

Pierre was tragically killed in 1906, leaving Marie with two daughters; Irène aged 9 and Eve aged 2. Determined to continue their work, Marie became the first ever woman professor at the Sorbonne and as well as teaching, she discovered how to isolate radium in metallic form. In 1911 she was awarded the Nobel Prize for Chemistry for the discovery of the elements radium and polonium.

“Nothing in life is to be feared, it is only to be understood.”

During World War I, she established a front-line X-ray service in the battlefields of Belgium and France, tirelessly fundraising, training staff, and driving the X-ray vans. After the war, Marie continued her research and to raise funds for a hospital and laboratory devoted to radiology. She eventually died in 1934 from the cumulative effects of radiation exposure. 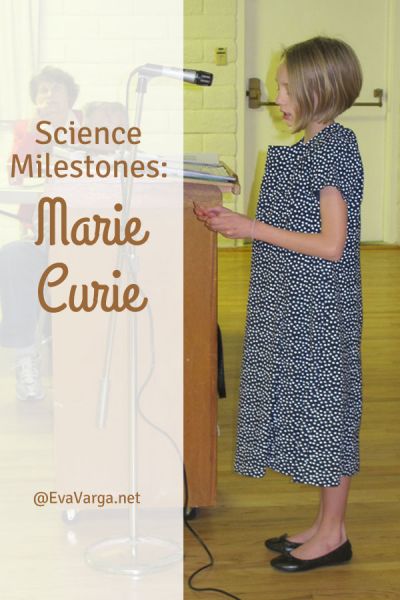 My daughter is pictured here giving a living history performance as Madame Curie.