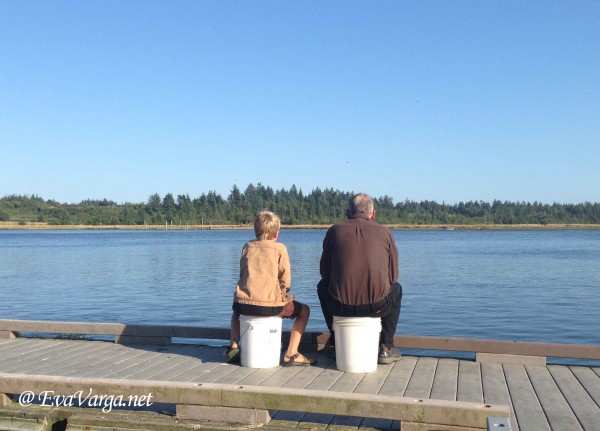 We have recently begun to focus more on Language Arts curriculum.  In fact, I purchased the first two levels of “First Language Lessons for the Well-Trained Mind” (FLL) by Jessie Wise with this exact intention.  I looked over the lessons outlined in each and opted to begin with Level 2, confidant that both kiddos had a relatively solid foundation on which they could build.  Using FLL, however, would ensure that I don’t overlook anything … just as Singapore Math helps to ensure math skills aren’t missed.
One of the first lessons in FLL required the kiddos to memorize a poem, “The Goops” by Gelett Burgess.  Coincidentally, we began in April – National Poetry Month and a friend recently sent me “The Archer” by Clinton Scollard, knowing my kiddos would be interested as we are becoming avid archers ourselves.  Upon reading it aloud, we opted to memorize this one instead.
Each day this week, the kids have used one of the poem’s stanzas as copywork and we’ve practiced reciting it amongst ourselves. As the week drew to a close, I asked if they would be interested in reciting it at the lodge social on Saturday night.  To my dismay, they both agreed!
They both did a remarkable job … unfortunately, the acoustics in the lodge are poor.  DH was in the back, prepared to videotape their duo recitation, but it was too difficult to hear them.  Instead, I videotaped them upon our return home.  It was at this time that I discovered they performed better when reciting alone rather than with their sibling.
THE ARCHER
by Clinton Scollard

When May has come, and all around
The dandelions dot the ground,
Then out into the woods I go,
And take my arrows and my bow.

Of hickory my bow is made,
Deep in a darksome forest glade
Cut from a sapling slim and tall,
And feathered are my arrows all.

And sometimes I am Robin Hood,
That olden archer brave and good;
And sometimes I’m an Indian sly,
Who waits to shoot the passers-by.

So up and down the woods I roam
Till sunset bids me hurry home
Before the pathway through the glen
Is peopled by the shadow-men.

And when at night by bow unstrung,
Is close beside my quiver hung,
To bed I slip and slumber well,
And dream that I am William Tell.