Like most little boys, my son has been interested in trains since he was just a toddler.  However, unlike his peers, he was never fond of Thomas the Train. His interest first began upon watching The Polar Express and though his taste has evolved over the years, his fascination with real locomotives has never waned.

I believe this is due in part to the lifetime hobby of our dear friend, Albert, whom I mentioned in my post earlier this week when I wrote about the importance of adult mentors for children (see my post Mentors and Role Models).  Like my son, Albert developed an interest in trains as a young boy himself and has been collecting HO model railroads ever since.  He now has an incredible collection and with a little artistic help from his wife, he has put together an amazing display. 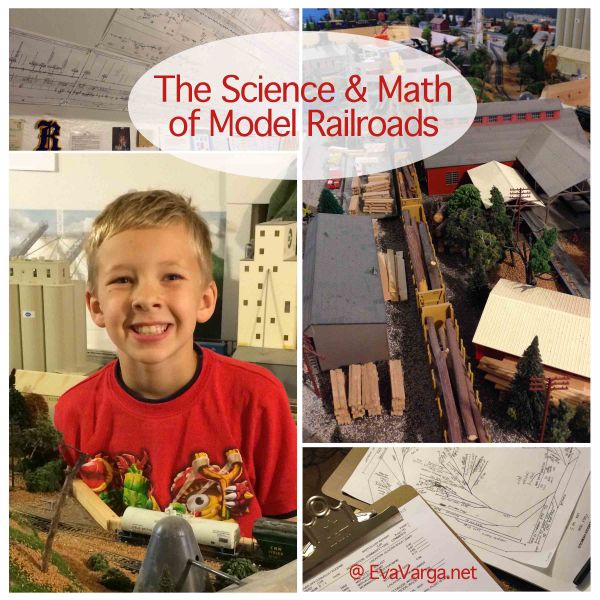 His collection of 12 locomotives, 250 rolling stock (cars or carriages), numerous buildings, and scenery take up the entire second story of their home in an awe-inspiring display.  Each model has been meticulously crafted, every detail attended to, in an effort to recreate working train and lumber yards.  Albert has worked tirelessly to recreate the route of the Union Pacific from Veneta to Coquille, Oregon. While his display is aesthetically pleasing, one could spend hours immersing oneself in all the work that has gone into the display, what really struck me were the train time tables pinned to the ceiling and the routes sketched on maps on clip boards.

In the past few years, Albert’s focus has turned his attention to programming his trains according to a timetable.  While this is an advanced skill, and my little guy is not even interested in this aspect of model trains (yet anyway), I love that this hobby is one that can grow with him.

There are a variety of programs available to aid railway modelers in creating and operating their layouts. Many timetable operators use stringline graphs to schedule their trains. These can be constructed using a spreadsheet such as Excel. For more information on building a model railroad timetable, I suggest a series of videos by Model Railroad Hobbyist Magazine.

Modern HO trains run on two-rail track, which is powered by Direct Current (varying the voltage applied to the rails to change the speed, and polarity to change direction), or by Digital Command Control (DCC – sending digital commands to a decoder in each locomotive).

On simple, usually temporary layouts, power is supplied by a power pack consisting of a transformer and rectifier, a rheostat or potentiometer for regulating voltage supplied to the track (and thus train speed), and a switch to control train direction.

On permanent layouts, multiple power supplies are traditionally used, with the track divided into electrically isolated sections called blocks; toggle or rotary switches (sometimes relays) are used to select which power supply controls the train in a particular block. With the advent of digital command control, block divisions are largely eliminated, as the computerized controllers can control any train anywhere on the track at any time, with minor limitations.

HO scale trains were developed in response to the economic pressures of the Great Depression. The trains became very popular in the United States, where it took off in the late 1950s after interest in model railroads as toys began to decline and more emphasis began to be placed on realistic details in response to hobbyist demand. While HO scale is by nature more delicate than 0 scale, its smaller size allows modelers to fit more details and more scale miles into a comparable area.  Currently, HO is the most popular model railroad scale in both continental Europe and North America.

Over the years, Buddy has shown a wavering interest in his own HO collection.  He’ll be really engaged in trains for a few months (usually sparked by a visit to Albert’s house) and then something else will capture his attention.  In his room, he has two card tables that support a 4′ x 6′ plywood frame.  Presently, his Lego City occupies this space (in which his Mærsk train and container ships are proudly featured), but in the past it has displayed his own growing collection of HO trains. 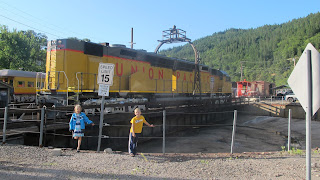 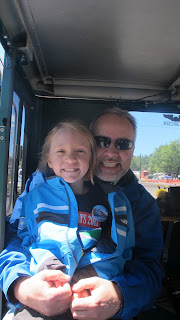 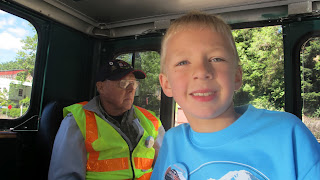 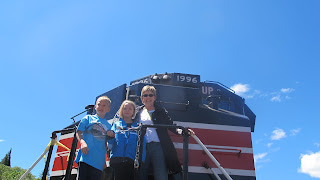 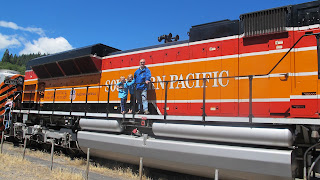