If a child can’t learn the way we teach,
maybe we should teach the way we learn.
~ Ignacio Estrada

I have been seeing this quote circulate amongst my friends and those I follow on social media quite frequently.  As I observed my children in music last week, I reflected upon the meaning of the words.  It has been fascinating to watch my children progress in their music education. Each approaches their lessons in dramatically different ways, staying true to their unique personalities.  We are fortunate to have a music teacher who is adept at teaching each of the kids according to their unique styles. 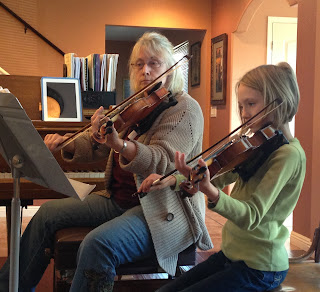 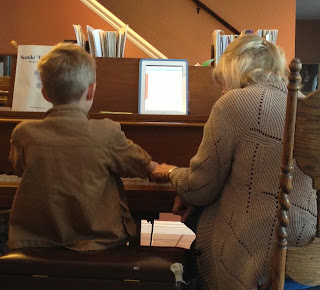 On the other hand, Buddy learns a new piece more naturally. He can be shown how to play a section of a song and after just two or three attempts, have the rhythm worked out but will hit several wrong notes.  As he proceeds and the section can be played without error, another section will be added.  In learning this way, music theory is taught and patterns are prevalent.  Part of his daily practice is to continue to play pieces he has learned in the past.  Each piece is memorized so he requires no sheet music when he preforms.  In addition to his daily practice, his homework includes assignments from The Music Tree.

Buddy is passionate about music and practices with relish without necessary pleading from me.  I do, however, have to sit with him to ensure he completes the exercises in the Music Tree book.  Sweetie, on the other hand, needs more incentive to practice her violin.  It is more of a chore to her though she does insist that she likes it. As her skills have improved (she started violin only a year ago) and she has been able to play pieces that appeal to her, she has been more enthusiastic about playing.  They have both grown so much in their musical ability since we first began.  I enjoy listening to them when they play and hope they will continue to pursue music when they are an adult.

Child led learning is an important component of my philosophy of education.  In such learning environments, children are not forced or coerced into learning. Instead, parents (and educators) work to follow the lead of their children, providing support, resources, and instruction, in keeping with their children’s wishes.  I am sometimes surprised at what directions their interests take them.

On our weekly trip to the library last week, Sweetie selected a number of books about unicorns. She has been obsessed with fairies, unicorns, winged horses, and other magical creatures for a couple of years now. It’s her thing. 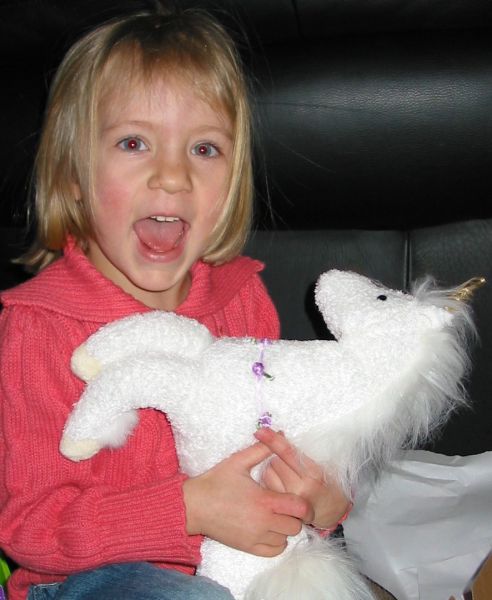 Several of the books talk of the history of unicorns and how the image of what a unicorn looks like varies from one culture to the next. They described the ki-lin (pronounced chee-lin), one of four mythical beasts of ancient Chinese writings, as a miraculous creature with the body of a deer, the tail of an ox, the head of a wolf, and the hooves of a horse. In Chinese tales, the ki-lin was said to be a solitary animal that lived in deep forests and high in the mountains. It never appeared to humans unless it had a special mission, like the gift of writing to Emperor Fu Hsi or to foretell the birth of a great man like the philosopher Confucious.

In the past few weeks, there have been several references to China in our readings and favorite television programs (I love Survivor and Sweetie frequently watches with me). As a result, she has become fascinated with the culture. Last night, she asked if we can learn about China in our schooling. She actually pleaded, as if she thought I might say no! She tells me she wants to travel to China someday and see the Great Wall. I would love to travel to China myself. I hope we can someday make this dream come true.

We’re off to the library again today. You can bet, we’ll be picking up books on China!  Where has child led learning brought you?

Updated 7 January 2008 – Upon completing our first unit study, Sweetie narrated what she learned for a special blog post.  You can read it here, I Love China.