My children and I have long been advocates for animals, the community, and the environment. When the kids were younger we were actively involved in Jane Goodall’s Roots & Shoots programs – undertaking a variety of animal conservation projects. Now as teens, we have turned our attention to scouting but the emphasis on conservation is still a major focus of our activities. 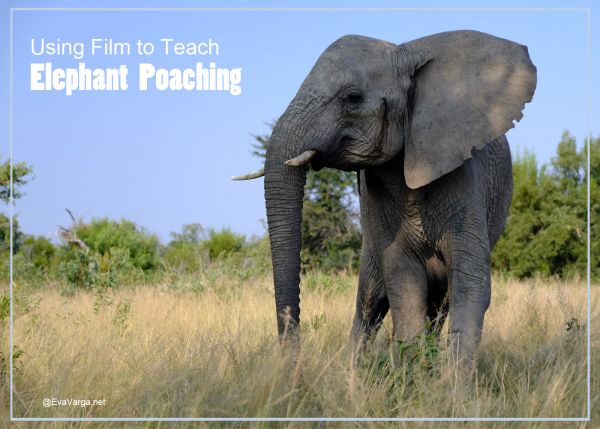 I was given an opportunity to preview this film for free before it’s release date and am being compensated for my time in preparing this post.

As always, all opinions are my own. This post may contain affiliate advertisement links to 3rd party sites.

As a family, travel is also very important to us. We have traveled to China, Peru, Ecuador, the Galápagos islands, and several countries in Europe.  Through each of these experiences, sustainable agriculture and trade practices are discussed. Presently, we are preparing for a holiday in Thailand later this year and we are carefully reviewing the numerous companies that cater to tourists – of particular concern are companies that advertise elephant rides or shows. Bafflingly, the nation has yet to implement laws to protect its captive elephant population. It is a complex issue.

There are thought to be fewer than 5000 elephants left in Thailand, yet a whopping 4000 of them are captive. Following Thailand’s 1989 ban on using elephants for logging, many mahouts claim that without charging tourists for rides and shows, they and their animals would starve – elephants cost a minimum of 1000B per day to feed properly.

In addition to the ban on elephant logging, the trade of ivory from elephant tusks has also been banned since 1989. However, the demand continues in many countries. Since a third of the elephant’s tusk is embedded in its head, poachers kill the animals in order to harvest the ivory. Unfortunately, studies have shown that many consumers do not realize this. Raising awareness is a huge step to help combat poaching and to ensure the survival of elephants.

Elephants have been part of human culture for thousands of years and are similar to us in many ways. They live in large, complex social families who communicate and interact daily. They are intelligent, having the largest brain of all terrestrial animals today.

Elephants benefit their ecosystem by fertilizing the soil with their dung, digging water holes which benefit themselves and other wildlife, and by creating paths through the landscape as they travel. As elephant and human populations grown, conflict for resources is on the rise. People will need to make important conservation decisions about elephants to ensure their future.

One of the major concerns of the ivory trade is the alarming changes in the behavior of African elephants. Those on the front lines studying elephant behavior witness the alarming effect poaching has had on the elephants that survive – scientists agree that survivors of poaching are stressed.

Their fears can disrupt the elephants’ complex matriarchal social structure, reduce their success in breeding, and increase their antagonism toward humans. Elephants mourn their deceased companions, demonstrating rituals that include touching the remains and carrying the deceased elephant’s bones or tusks with them. 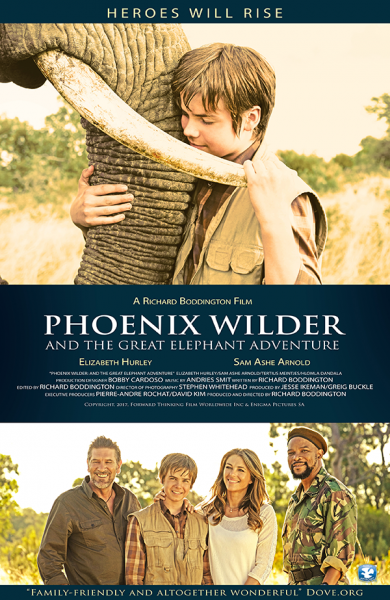 Teaching children about threats to wildlife and animal conservation is not easy. Thought must be given to the age of the child as well as their individual disposition.

To introduce young children to poaching, you can start with a family movie night to teach about elephant poaching. Phoenix Wilder: and The Great Elephant Adventure is an excellent place to start as it is aimed at young children, introducing the subject in a gentle manner.

The film stars Sam Ash Arnold as Phoenix and Elizabeth Hurley as Aunt Sarah. It was written, directed, and produced by Emmy-nominated producer, director, and writer Richard Boddington (of Against the Wilds films).

My children and I enjoyed watching the film recently and it provided a great tie-in to our upcoming holiday. We particularly enjoyed the cinematography of the film and interview at the end with Dr. Richard Leakey, the second of the three sons of the archaeologists Louis Leakey (Jane Goodall’s mentor) and Mary Leakey.

After a family discussion, lessons and activities can be introduced to broaden the child’s understanding of elephant poaching. Young children can create a Venn diagram to compare and contrast Asian and African elephants and create posters to teach others about the ecological importance of elephants. Older students can debate poaching and wildlife conservation laws and create advocacy posters to raise awareness.

Seek out curriculum and materials in conservation biology, ecology, and natural resource management to further your study of elephants and animal conservation issues. Here are a few links I have gathered with free resources to help you get started:

Phoenix Wilder, And The Great Elephant Adventure will be released in theaters nationwide on April 16,  2018, at 6 p.m. local time, which also happens to be World Elephant Day.

To find out which theater nearest you will have the film, enter your zip code at this website. Then, pre-order your tickets for easy  film-going.

Win 5 Tickets for Your Family