Located offshore, these five islands, known as the American Galapagos, inspire with wildlife viewing, hiking, sea cave kayaking, and world-class diving. Isolation over thousands of years has created unique animals, plants, and archeological resources found nowhere else on Earth and helped preserve a place where visitors can experience coastal southern California as it once was. 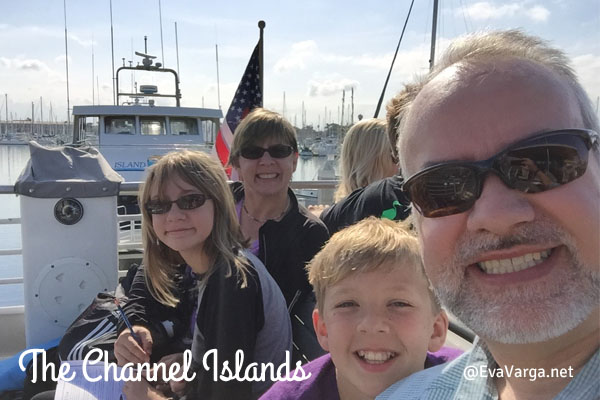 We had a chance to visit these islands and I delight in sharing the highlights of our trip with you.  We booked a tour with Island Packers, who visits all five of the islands that make up the Channel Islands National Park and National Marine Sanctuary. Our tour included whale watching and allowed a full day of exploration on Santa Cruz.

At over 96 square miles in size and the largest island in California, Santa Cruz contains three mountain ranges; the highest peak on the island (rising above 2000 feet); a large central valley/fault system; deep canyons with year round springs and streams; and 77 miles of craggy coastline cliffs, giant sea caves, pristine tide pools and expansive beaches. 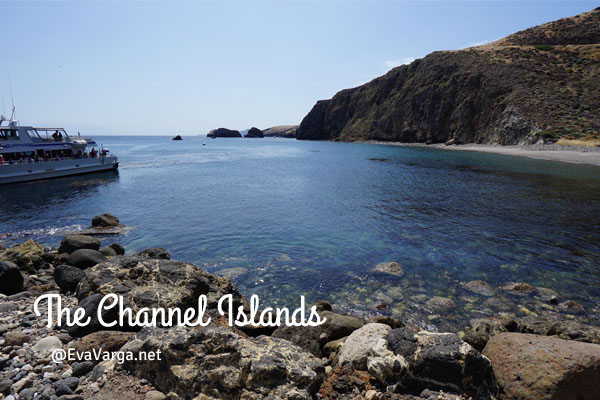 Around Scorpion Ranch area, where we moored, volcanic rock mixes with siliceous shale made of mud and tiny sea plants and animals that lived when the island was part of the seabed. It was fascinating to walk along the shoreline and look for fossils. My daughter even braved the chilly waters for a short swim.

This area was once a lively ranch complex. French and Italian artisans, farmers, and workers collaborated here to raise sheep, roosters, and other farm animals. Residents had to adapt to the limited resources and barren landscape.

Remnants of the ranching era can be seen throughout the landscape.  Adobe ranch houses, barns, blacksmith and saddle shops, wineries and a chapel all attest to the many uses of Santa Cruz in the 1800 and 1900s.

We visited in May and thus the water was too cold yet to swim so we spent the day hiking along the many trails and roads that traverse the islands. We began on Cavern Paint Loop and connected to the North Bluff Trail out to Potato Harbor. 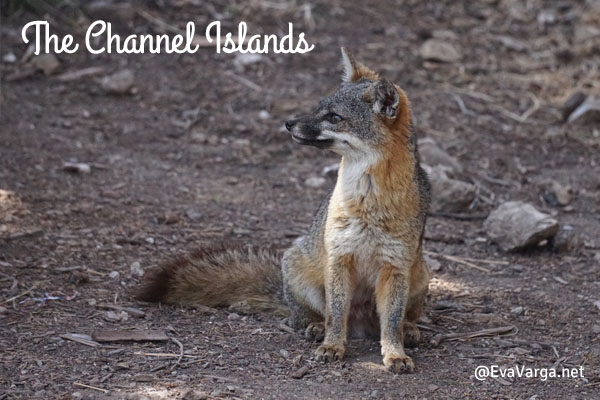 Owing to millions of years of isolation many distinctive plants and animal species have adapted to the island’s unique environment. The Channel Islands are home to nearly 150 endemic plants and animals – species that are found here and nowhere else. 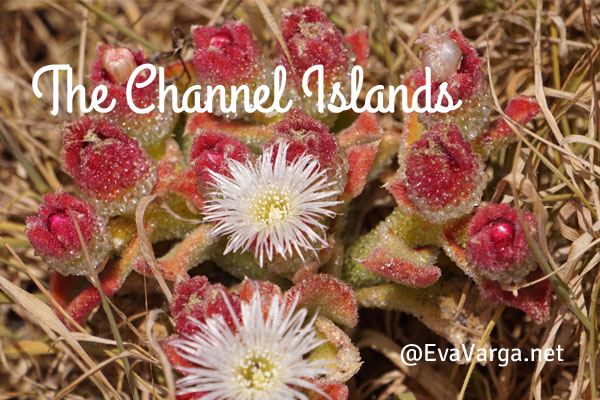 The islands were first colonized by the Chumash and Tongva Native Americans 13,000 years ago. The Chumash made ingenious use of all the island’s resources. They depended heavily on the ocean – fishing, gathering shellfish, and hunting sea lions, seals, birds, and other animals.

They also harvested plants for food, medicine, bedding, building materials, and to make beautiful baskets. Rock collected on the island was used to craft tools for harvesting and preparing food, building plank canoes or tools, and making beads.

Saxipak’a ~ Once upon a time.

The Chumash also traded with communities on the mainland and other islands for things that were limited or unavailable on Santa Cruz. Shell beads, fishhooks, otter pelts, fish and shellfish were traded for products like acorns, bow and arrows, seeds, plants, and deer bone.

The native peoples were then displaced by European settlers who used the islands for fishing and agriculture. The U.S. military now uses the islands as training grounds, weapons test sites, and as a strategic defensive location. The National Park Service (NPS) lead the conservation efforts to maintain the islands’ endemic species as well as provide education for future generations. 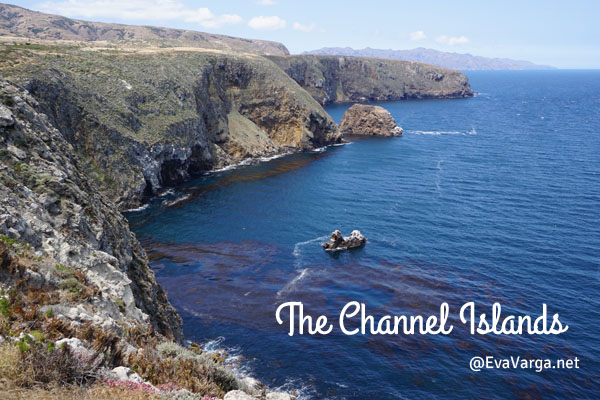 The award-winning book, Island of the Blue Dolphins, was inspired by the true story of an American Indian woman left alone on one of the Channel Islands for 18 years in the 1800s. She’s come to be known as the Lone Woman of San Nicolas Island and is thought to have been of Gabrielino-Tongva descent.

Though San Nicolas Island is closed to the public, you can experience island isolation and the natural resources described in the book by visiting the islands. The National Park Service and other partners have developed resources to guide those interested in learning more.

Students and teachers can explore the unique ecology and geology of the Channel Islands, learn about the marine and island ecosystems, their human history, and the challenges of managing and protecting these areas via the curriculum materials available from the NPS as well. 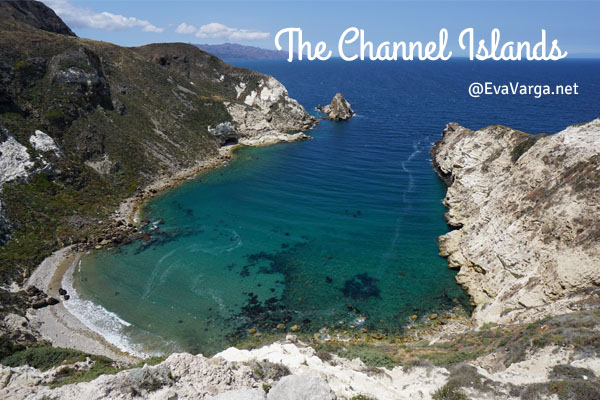 We would have loved to see more of the island but this was a day trip – we’ll be back! After a day of hiking and exploring (I believe we hiked about 5 miles), we returned to the mainland in the evening and enjoyed a Santa Maria style barbecue at Shaw’s Restaurant. It was the perfect way to conclude our day in the islands.