It wasn’t long after our move to northern California that we learned of Liberty and Patriot, the two iconic bald eagles that had began nesting near the Sun Dial Bridge in Redding in 2004. The two eagles have touched the hearts of Shasta County residents and a live webcam was installed in a tree adjacent to their nest so that the community could peak in on them each year. Many in the community have also stood behind the pair when Turtle Bay expressed interest in building a motel on the property where their nest resides. 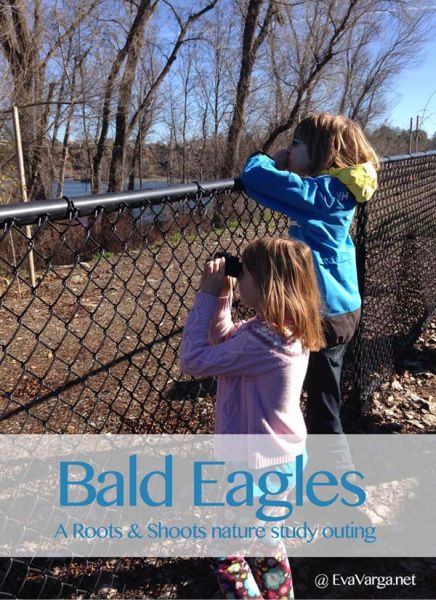 Each year the birds return, Liberty lays her eggs, and the pair migrates in July after their eaglets have fledged. In 2013, however, their story took a dramatic and somewhat surprising twist, as Patriot disappeared in March and a third eagle entered the picture, killing two of the couple’s freshly hatched eaglets.

Patriot returned in April but died in May after fighting with another male, whom some believe is Liberty’s new mate, Spirit, who joined her in the fall.  Liberty laid her first egg with Spirit earlier this month. When we observed them on Friday, we were able to see Liberty move about in her nest with the aide of a spotting scope. However, we didn’t see Spirit during our stay. 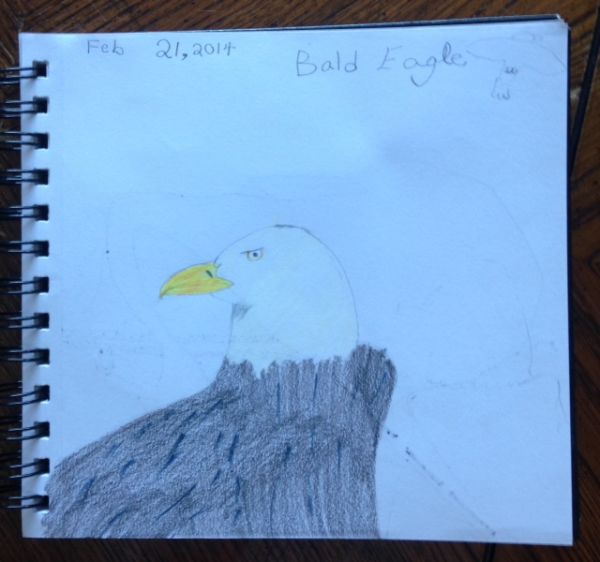 Bald eagles (Haliaeetus leucocephalus) are native only to North America. Our national symbol nearly became extinct in the 1970s, with only 419 known nesting paris in the lower 48 states. Thanks to legal protection and education, as of 2007 there were 13,000 nesting pairs. Shasta Lake, in northern California, is the most densely populated breeding spot with 22 pairs. In July 2007, bald eagles were removed from the Endangered Species List, but remain protected by other legislation.

Upon our return home, the kids illustrated an eagle in their nature journals as I read aloud some of the past news reports about the birds.  I also shared with them the facts above and they were encouraged to add these to their journal.

If you are interested in learning more about birds, read my post Bird Anatomy where you will find free printables and access to a PowerPoint Presentation.