While we were back east, we spent a day in Philadelphia touring the many historical sites. We had arrived just days after Constitution Day – September 17th. We were informed that living history interpreters stand on the step of Independence Hall and read aloud the Constitution just as they had done in 1787. We were bummed to have missed this but a las, travel plans are not always perfect.

The Constitution of the United States is one of the most important documents ever written. Congress authorized delegates to gather in Philadelphia during the summer of 1787 to address grievances that had emerged since declaring independence from England and recommend changes to the existing charter of government for the 13 states, the Articles of Confederation.

John Adams described the Constitutional Convention as “the greatest single effort of national deliberation that the world has ever seen”. It is to this day, a seminal event in the history of human liberty.

To learn more about our nation’s history, I strongly recommend All American History by Celeste Rakes. It is available from Bright Ideas Press in two volumes and includes a student reader, student activity book, and teacher guide. We’ve been working through each chapter as we have prepared for our travels. My kids beg me to read another chapter every few days.

The best way to see into the past and learn about any historical event is with primary sources. These include diaries, letters, newspaper articles, documents, speeches, personal papers, photographs, paintings, and other items created near the time begin studied. They are made by people who have direct, firsthand knowledge of the event.

Because many of James Madison’s ideas made their way into the Constitution, he is often referred to as the “Father of the Constitution.” Indeed, he was a driving force of the convention throughout the summer of 1787, and his notes of the deliberations have provided valuable insights into the proceedings.

None of the Constitutional Convention delegates talked to newspaper reporters or other outsiders. Some delegates took notes, but not every day. Even secretary William Jackson’s records were incomplete.

James Madison gave us our only complete primary source. Every day, he sat at the front of the East Room and recorded the day’s events. After the Convention convened, he wrote:

I noted in terms legible and in abbreviations and marks intelligible to myself what was read or spoken by the members; and … I was enabled to write out my daily notes during the session or within a few finishing days after its close … I was not absent a single day, nor more than a … fraction of an hour in any day, so that I could not have lost a single speech, unless a very short one.

US Constitution: Take it Further

The Bill of Rights document states the first ten amendments to the US Constitution. Read through and discuss each amendment with your students. These amendments guarantee the basic freedoms that Americans enjoy today.

Older students should be encouraged to read the US Constitution in an Old World Style design as pictured here. Reading the ornate handscript is not easy though – even for one familiar with cursive lettering. Younger students can use a printed text.

I’ve put together a challenging and fun scavenger hunt with which to encourage your students to read the Constitution. You can download it for free .. I simply request you leave a comment answering, “What historical figure from this era do you most admire?”

Some of America’s best minds created the United States Constitution. Among them were James Madison, Benjamin Franklin, Alexander Hamilton, Gouverneur Morris, Roger Sherman, James Wilson, and George Washington. Encourage your students to select one of these men and research his contributions to our country and give a presentation.

42 delegates signed the Constitution on the 17th of September 1787. Three refused. Learn more about who these men were and why they abstained.

Choose one of the amendments. Write a short speech giving your opinion of the amendment. Tell why you think it is or is not an important right for citizens to have and what life might be like without it.

Looking for a fun, printable scavenger hunt game for the park or historical site, consider Treasure Run. Click on the icons to customize (you can even add your own) and then print the game puzzles.

To commemorate the September 17, 1787 signing of the Constitution of the United States, Congress has designated September 17th of each year as Constitution Day. In 2004, Public Law 108-447, Section 111 was passed requiring the following:

Each educational institution that receives Federal funds for a fiscal year shall hold an educational program on the United States Constitution on September 17 of such year for the students served by the education institution.

Sadly, I don’t recall learning about the Constitution on an annual basis when I was in school. We covered it in US History – but not more than a few times I am sure. How about you?

I have always been fascinated by art and traditional handcrafts. Over the years, I have woven a variety of art history and skills lessons into our curriculum. We have also had the opportunity to visit many renowned art museums around the world through our travels. 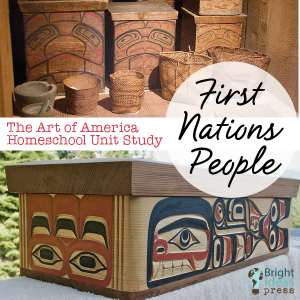 When a Native creates a work of art, a story is told. When stories are told, we are healing. When someone sees your story you are freeing yourself and giving other people permission to acknowledge their own stories. ~ PasstheFeather.org 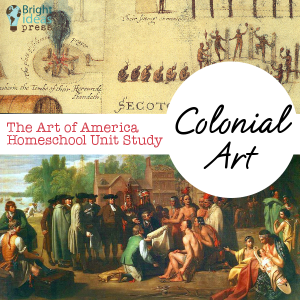 My oldest is now entering high school and her experiences in art have blossomed. It is her passion. She and I have recently begun volunteering at a local art museum and through this experience we have been able to learn of many mediums and artists that were previously unknown to us. 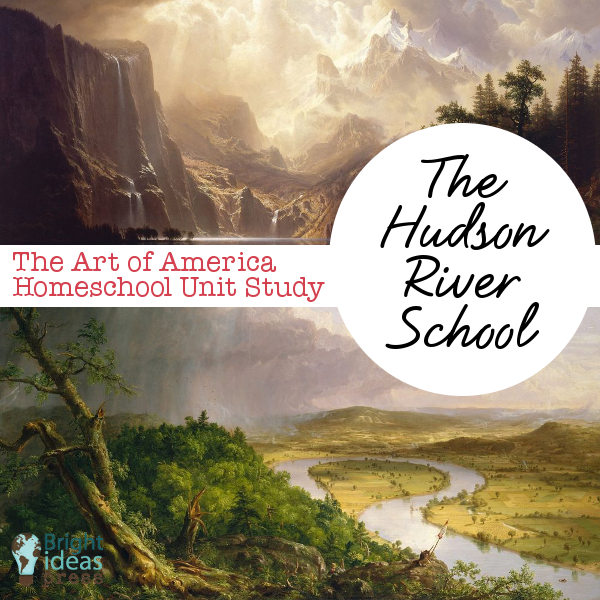 It has been a fabulous experience. Not only is she learning about art and meeting contemporary artists, she is also learning important job skills that will benefit her in the future. As she is yet underage, I accompany her and have also been learning a great deal – specifically about art history. 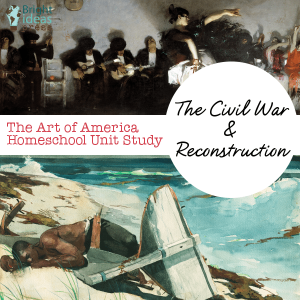 The history of modern art is also the history of the progressive loss of art’s audience. Art has increasingly become the concern of the artist and the bafflement of the public. ~ Paul Gauguin 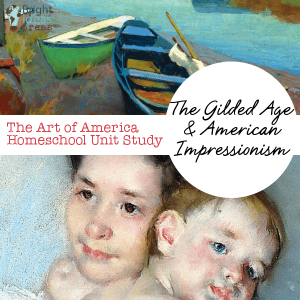 Beginning this month, I will get to share our experiences and love for art history as a guest blogger for Bright Ideas Press. Using the All American History series as our spine, I will be leading readers through a 10-post series to provide an overview of the history of American art from Pre-Colonial times to today, including multiple art forms. 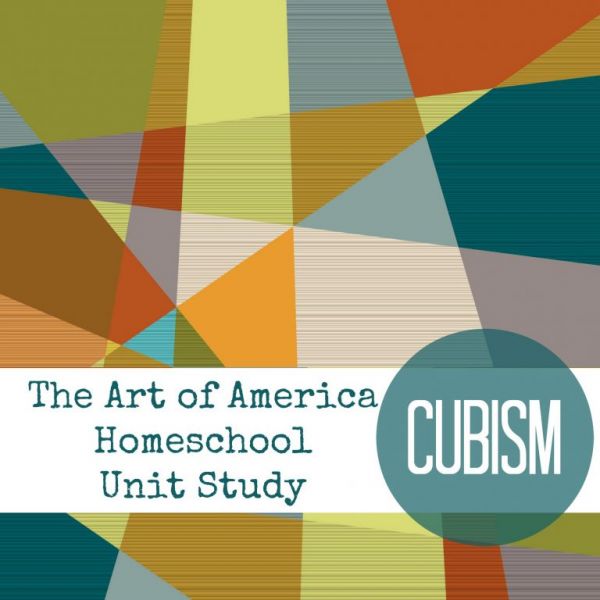 Look at everything as though you are seeing it for the first time, with eyes of a child, fresh with wonder. ~ Joseph Cornell 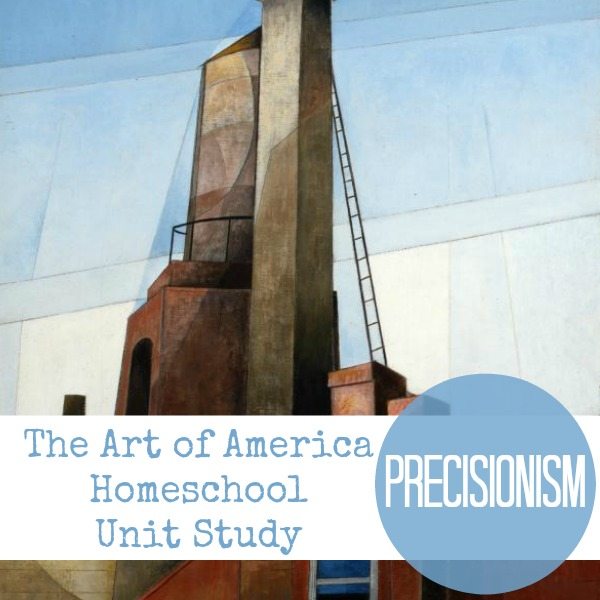 Moving chronologically through the All American History curriculum, each post will summarize the art trends and movements popular during the period and feature one or two artists from that time period. Plus, I will provide a related art lesson or project that you can enjoy with your students. 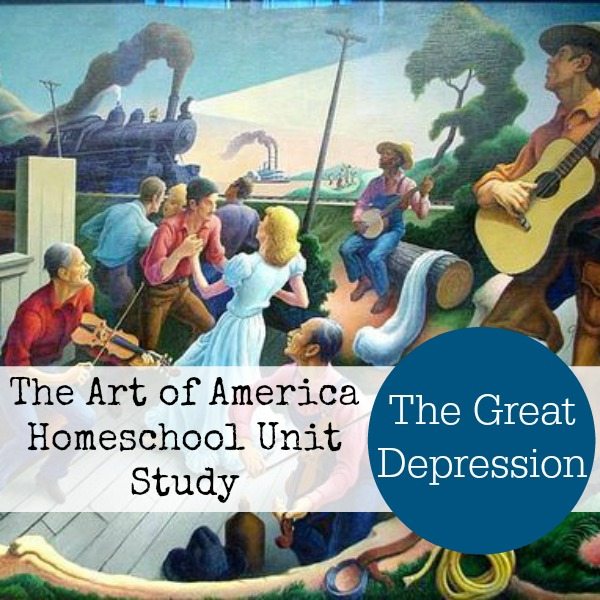 Whether you succeed or not is irrelevant, there is no such thing. Making your unknown known is the important thing. ~ Georgia O’Keeffe 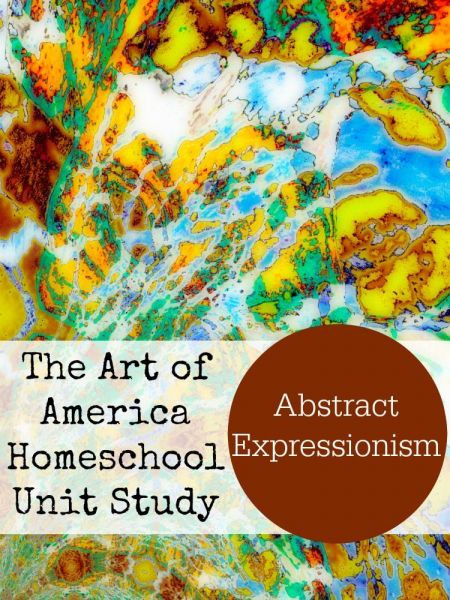 For a historical context, I strongly recommend the corresponding texts: 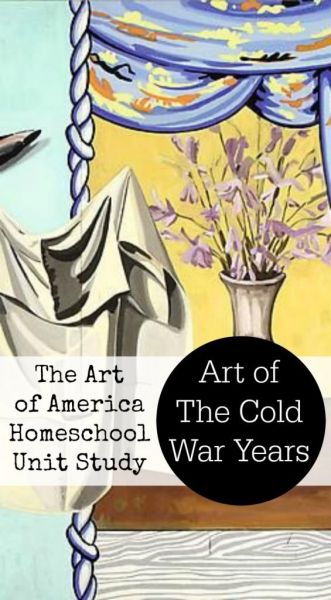 I am very excited about this series of posts. If there is an art movement or artist you would like me to consider, please leave comment below. I’m learning just as much as my daughter!