Since April, I have been teaching a middle level science class for area homeschool kids. The first 5 months, the group was composed of entirely girls. This time around, I have a class of nearly all boys. This has led to some very amusing situations that I will attempt to describe here.

Yesterday morning, the focus of our lesson was on ionic and covalent bonds. After a brief lecture, we moved on to the lab whereby our goal was to use heat to separate the covalent bonds of a sugar molecules (C6H12O6). To do so, each pair of students was given a piece of aluminum foil, a candle, and a teaspoon of sugar. The foil is used to create a small spoon like shape to hold the sugar above the flame. 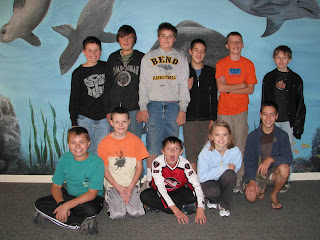 As I was helping each team get their materials, the foil began to tear off the roll erratically in a way similar to a roll of toilet paper. I tried to get my fingernail under the foil along the edge but it had somehow been compressed and I couldn’t get it to budge. One of the students then offered me his pocket knife and he handed it to me (blade closed). I looked up and smiled, “Oh, yes! That should do it.” Sure enough… with a little manipulating with the blade, I was able to fix the problem. All the while, I couldn’t help but laugh. Had I been in a public school classroom, I would have been obligated to take this young man to the principal’s office and he would have been suspended.

Shortly after this scenario, I began to go around the room to light the candles for each team. I had 5 new lighters with me but couldn’t get a single one to flame. The boys soon began to clamor… “Let me try!” “Oh, I can do it!” I thereby handed out the lighters and actually left the room briefly to see if I couldn’t find another in the kitchen. As I was rummaging through the drawers, I heard one of the boys exclaim lightly, “Fire!” There was no alarm. I knew immediately that someone had gotten one of the lighters to work, nothing more. I thereby returned to the adjacent room whereby it was pointed out to me that the lighters had a little safety mechanism that required you to reset the switch after each failed attempt to get it to light.

One after another, most of the teams lit their own candles. Many even fashioned holders for their foil spoon so they wouldn’t have to hold it manually through the burning process. In all the years that I was teaching in the public school, none of the students thought to create little stands for their spoons! They would never have been allowed to use the lighter themselves! They would never had been allowed to even carry a pocket knife on their persons!

I love teaching this class! I have all the benefits of teaching and none of the nuances (grading papers, collecting homework, concern over missing assignments, etc.) We simply share a love of science – I teach what I know. They learn what they want. Awesome!

6 comments on “You’d Have Been Suspended!”