Plastic is forever!  It does not biodegrade, but instead breaks down to the size of plankton.  Rotating ocean currents or gyres are pulling in plastic garbage from every continent in the world and churning it into bite-size pieces.  This debris confuses marine species and litters beaches, even in pristine remote locations.  Can art be used to save the sea? 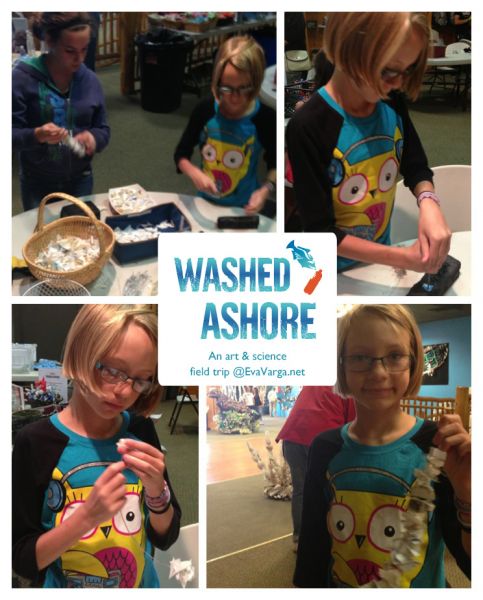 We recently took part in a community art workshop held each Saturday at Art 101 in Bandon.  Community members, local schools, and state parks work together to gather plastic pollution off of beaches.  Through the Washed Ashore Project, the plastics are washed, sorted, drilled, cut, and processed into art supplies.   Lead Artist and Director Angela Haseltine Pozzi leads the community in creating large-scale sculptures of the very sea life that is threatened by marine debris. 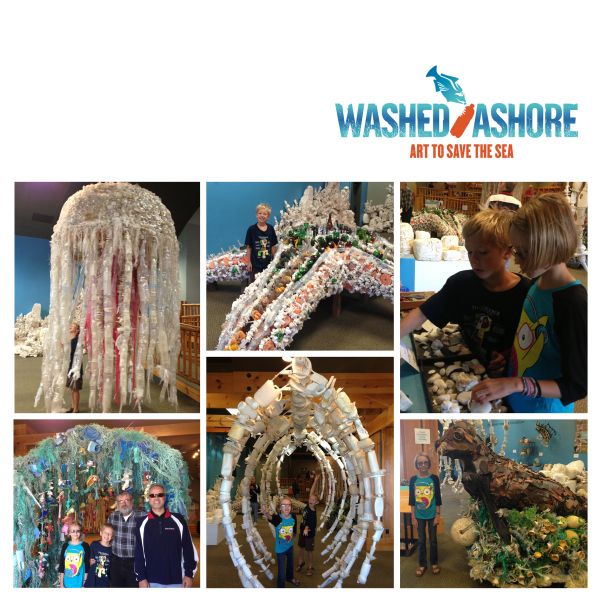 A few facts we gathered from the gallery at Washed Ashore:

In our family, we make a concerned effort to reduce our use of plastics.  I’ll be sharing the steps we have taken in a post next month.

5 comments on “Washed Ashore – Art to Save the Sea”