As I consider us to be classically minded, unschoolers, I don’t always know exactly how much my kids know in relation to all subject areas. Formal assessments are no fun and though we have taken part in some standarized testing in the past, the true measure of their growth comes from little snippets of conversations.  Little moments when I realize the wisdom of unschooling and I know unschooling works for us. 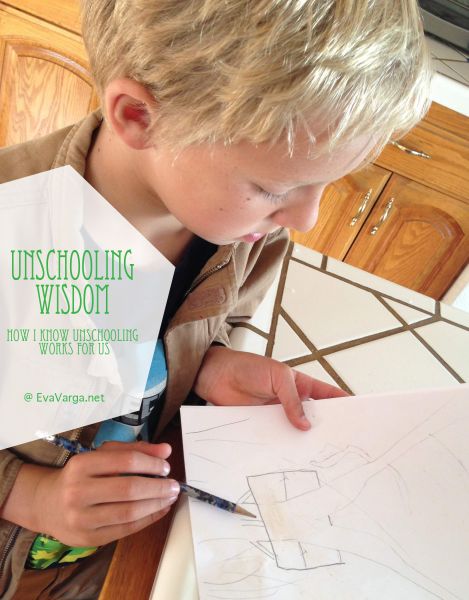 Whenever my little man watches a movie or listens to an audio book – he gets really into the characters and his playtime incorporates scenes and acts from the storyline.  His imagination and creativity know no bounds.  More often than not, his characters revolve around Harrison Ford’s most well known characters as he has morphed into Hans Solo and Indiana Jones.  He carries a 8-foot, 10-plait Raiders of the Lost Ark bull whip everywhere we go and on his personalized swim cap, he chose “Indy” rather than his given name.

For the past couple of weeks, in addition to his usual fascination with the quest for the ark of the covenant, my little man has been intrigued with tree houses.  It started when we were staying with Grandma and Papa and he watched a few episodes of Treehouse Masters on Animal Planet. Upon our return home, he eagerly began working on his own treehouse – despite the fact that we rent and the two trees in our yard aren’t suitable for a treehouse.

I  have suggested that he sketch out his plans before he begins and to consider writing a letter to the host of the show asking for advice and words of wisdom.  He got started on his blue prints, as he calls them, immediately and eagerly showed them to me. As he described his plan he explained, “These are two 4x8s.  You cut a little out in the middle of each board to go around the tree.  Together they make an 8×8 square. That will be the floor of my treehouse.”

While this wasn’t highly technical – I loved the practical application of his math skills, elicited entirely by his own interests.  I have actually covered the concepts of area and perimeter with him. In fact, one of the reasons this snippet of conversation resonated so strongly with me was because of a situation some time ago that resulted in our decision to pull out of the umbrella charter school we had aligned with for a short time when we first moved to California.  You can read about that decision in my earlier post, Our Letter of Withdrawal. 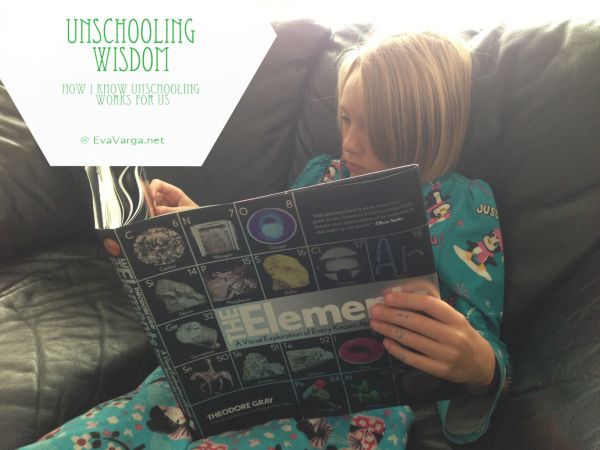 While undertaking a simple science activity recently, I had the opportunity to see just how well Sweetie understood the basics of chemistry.  I had planned to take part in a Google+ hangout and the topic was air.  I had thereby set up a couple of activities to demonstrate that air has mass.

I mixed a little baking soda and vinegar in a cup to produce carbon dioxide gas and then I used the invisible gas to put out a flame on a candle.  We hadn’t done this activity in the past so prior to doing so, I asked the kids to make a prediction.  To my surprise, Sweetie stated that she thought the candle would go out because CO2 is heavier than air.  I was actually taken aback. “How do you know this?” I inquired, half expecting them to say, “I saw it on Myth Busters.”

“It’s simple, Mom.”  She began. “It shows on the periodic table. We breathe air which is hydrogen. Carbon dioxide is both carbon and oxygen. The table is organized by weight and hydrogen is first.  It is the lightest. Carbon and oxygen are here (she pointed them out to me). This little number here tells how much each atom weighs so carbon dioxide is heavier. If you pour it out of the cup it will land on the flame and put out the candle.”

Whoa .. she blew my mind.  I have honestly NOT taught this to her directly.  We’ve done other chemistry activities and I’ve talked with them about the periodic table but she made these connections on her own.

These little snippets of conversations are proof that unschooling works for us. While I will continue to sprinkle formal lessons – both classical and Charlotte Mason – throughout our daily endeavors, I can trust in my children and be comforted that we will have the knowledge and skills they need to succeed in life.