In July, we spent a few days at the Oregon coast whereby we had an opportunity to explore many of my favorite natural habitats as well as visit the campus of Oregon Institute of Marine Biology where I spent two summers inundating myself in a multitude of graduate courses when I was teaching for North Bend Schools.  It was fun to show the kids the classrooms and labs on campus … and as summer classes were in full swing, we were also able to see numerous invertebrates on the water table as well as a live octopus in the holding tank. 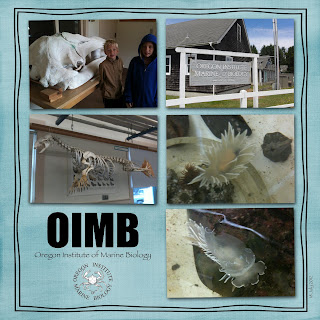 We spent a few hours on the docks as well – both in Bandon and in Charleston – doing a little belly science.  We were delighted to find numerous sea slugs meandering about – my favorite little invertebrate!  While crabbing with dad, we were not successful in catching any Dungeness of legal size or sex, thus we opted to bring home a few we purchased from a local fisherman. 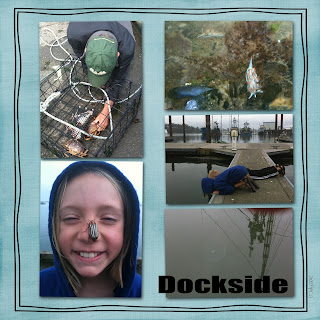 We tried our hand at clamming and fishing as well – but again, we were not successful.  Oh well.  We are learning.  🙂  We checked up on my dad’s new neighbor – a beaver – and spent a leisurely afternoon letterboxing and agate collecting near the jetty. 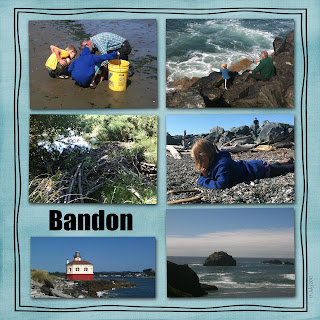 Another day, we drove out to Cape Arago to do some tide-pooling.  It wasn’t quite the minus tide we’d hoped for but we were not surprised to see two OIMB vans and thereby a class of college students undertaking their own investigations.  I was delighted at the variety of organisms we were able to see – when I had taken the kids to the tide pools a couple of years ago, we had opted to go to Sunset Bay and discovered it was significantly more barren due to the easy access and thus more foot traffic by the public.  What stood out to me the most were the numerous chitons – mossy, leather, and gumboot chitons were everywhere!  More than I recall from the summers when I was an OIMB student. 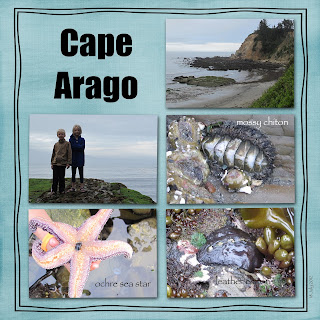 Buddy most enjoyed catching the small shore crabs – many were quite elusive, perhaps thankfully so as they were larger and their pinch much stronger.  🙂  It was a wonderful morning and their journal entries showed.  I will post their sketches when they finish – they have the basic outlines but wanted to add color but haven’t gotten around to it just yet. 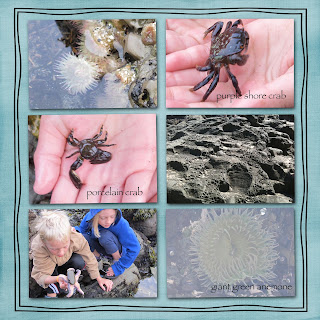