On Tuesday, our Roots & Shoots club gathered in our room with the intention of studying the science of snow. Unfortunately, it hasn’t snowed in some time and we didn’t  have much of a snowpack to observe. I thereby had to make some modifications to my original plan. 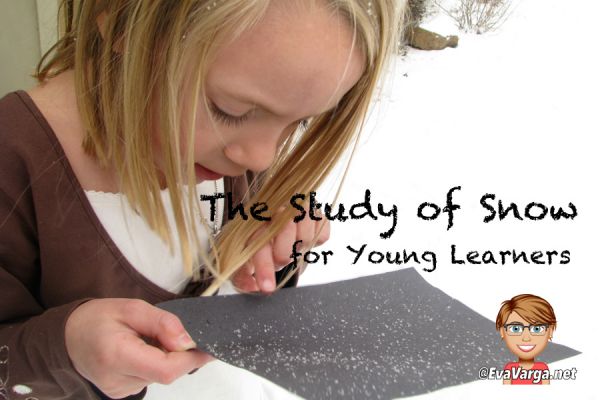 After everyone arrived, I gathered the kids on the carpet and read aloud a favorite book, Snowflake Bentley. It is a rather lengthy story but most everyone was attentive and engrossed in the story. Everyone that is, except Buddy, who was much more interested in demonstrating his skills as a train engineer and Polar Express enthusiast. “Choo Choooooooooo!” he exclaimed loudly as he ran circles around the house. It took a little while to get him quiet – I was a little embarrassed – but he made us all chuckle.  [ One of the true joys of homeschooling diverse ages of children. ]

After the story, we got the wiggles out and then sat down in the office where I showed a short video clip which explained how snowflakes are formed. For most of the kiddos, I’m sure it went over their heads – but it was exposure and if nothing else, they will understand that snow is made of tiny crystals, none of which are exactly alike.

I then showed part of a second clip… which explained how to go about studying snow. I encouraged everyone to give it a try at home when it snowed again. I gave the adults a few handouts to take home. 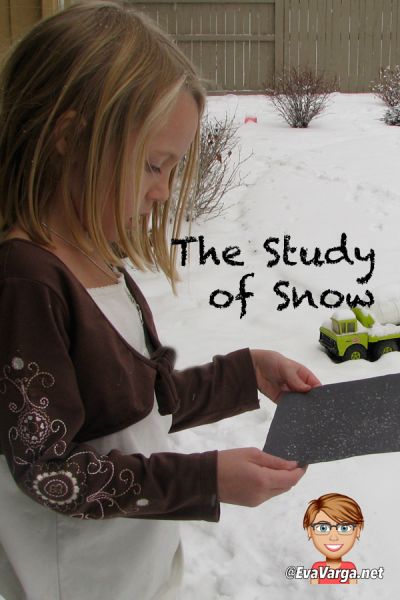 I then gathered everyone around the dining room table and showed them how to make paper snowflakes. I was surprised that most of the kids had never done this before so it was a delight. I had templates with valentine themed patterns (hearts, of course) to make it easier. I also encouraged everyone to create their own designs.

I didn’t anticipate the difficulty that some would have cutting into the thick layers of paper, however. Everyone, therefore, created at least one snowflake, but only the more experienced with scissors chose to make more.Sweetie loved it as I knew she would. The following day she continued to make snowflakes and we were able to create a curtain or arch in one doorway. See her post, Snow Haiku, for a visual as well as a haiku she wrote later that day.

Fortunately, it snowed again on Sunday so my kiddos were able to get out and do the snow study as shown in the video. I hope others did as well. We didn’t bother to count the number of each type of snow crystal – but we did, in fact identify a number of them including: Hexagonal Plates, Stellar Plates, and Capped Columns. We thereafter spent time sketching each in our nature journals. We recorded the outdoor temperature was 20 degrees, no wind.

3 comments on “The Study of Snow for Young Learners”