We departed Athens very early in the morning aboard a high speed ferry to the island of Mykonos. Our early departure meant that by the time we arrived on the island, our rooms were not ready. We thereby opted to spend the day poolside and begin our exploration in the early evening.

In Greek mythology, Mykonos was named after its first ruler, Mykons, the son of the god Apollo and a local hero. The island is also said to have been the location of a great battle between Zeus and the Titans as well as where Hercules killed the invincible giants having lured them from the protection of Mount Olympus. 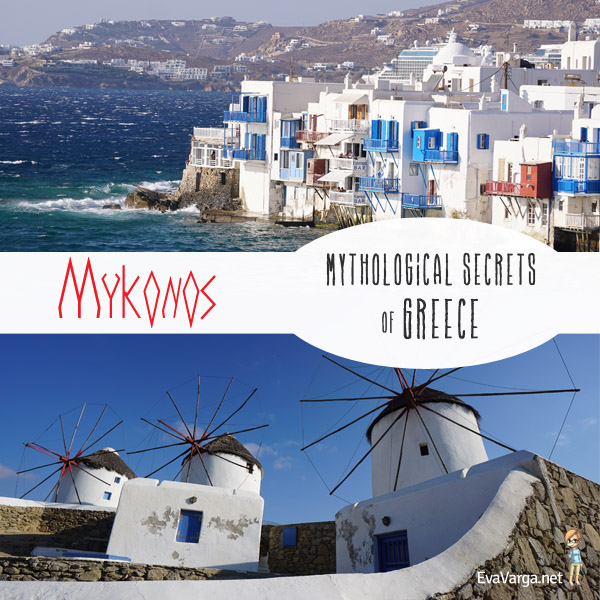 From our hotel, we took a small bus to the city center, Chora, where we met up with our local specialist for a walking tour of the historic town. We began in Mikri Venetia or Little Venice (pictured at top in collage), where rows of fishing houses line the waterfront with their balconies hanging over the sea.

The first of these was constructed in the mid-18th century with little basement doors that provided direct access to the sea and underground storage areas led people to believe that the owners were secretly pirates.

Some of the houses have now been converted into cafes, little shops, and galleries. Little Venice is considered one of the most romantic spots on the island and many people gather there to watch the sunset.

Our next stop were the windmills, a defining feature of the Myconian landscape. Though there are many windmills dotted around the island, most are concentrated in the main town. Standing in a row on a hill overlooking the sea (pictured at bottom in collage), their sails would harness the strong northern winds.

Built by the Venetians in the 16th century, the wood and straw capped windmills were used to mill flour. They remained in use until the early 20th century. Today, many have been refurbished and restored to serve as homes to locals. 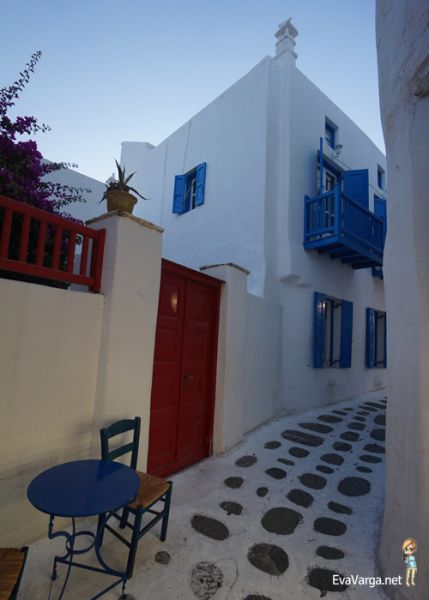 As we were led through the narrow alleys and streets, she pointed out the many tiny chapels and churches – over 800 in total – most all of which have red domed roofs (in contrast to the blue domed churches on the island of Santorini).

She explained that when sailors would arrive safely at the shore, they would build chapels in honor of their name saints to express gratitude for their safe arrival. Thus, each is privately owned and thus closed to the public. 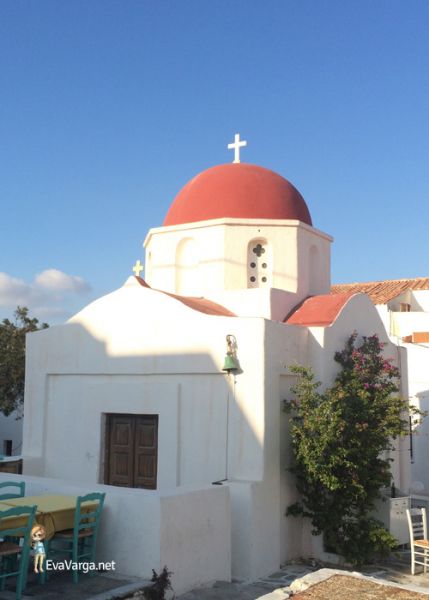 The most cosmopolitan of all the Greek islands, Mykonos is well known for its splendid beaches. During our stay here, we enjoyed a full day relaxing on the beach. On the southern side of the island, where we were staying (Plati Gialos), there are several nearby sandy beaches.

We opted to begin at Elia Beach, the farthest away and planned to work our way back. To reach any of these shorelines, the fastest and easiest way is by water taxi. Comfortably seated – relatively speaking – we were on our way.

Known locally as the windy island, Mykonos certainly lived up to its name. Strong wind swept across the shore all day. We all enjoyed the water and took turns lounging on the chaise under an umbrella (these were available for rent at 10€ each, thus we opted to secure only two). The sand was so strong, however, it bit into our skin – free exfoliation! ? 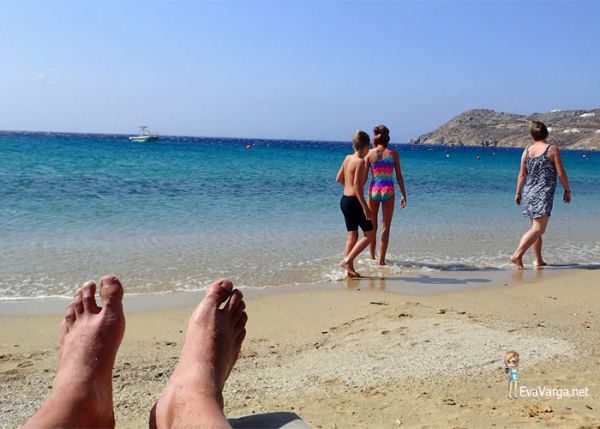 At the dock where the water taxi dropped us off was located at the center of the beach. From here, we had the option of walking left (West) or right (East). We chose the right as our tour guide had informed us in advance that clothing was optional to the left.

After a few hours of incessant wind, however, we gave up and headed back. Along the return route, the water taxi stopped briefly at each beach we had previously bypassed – Agrari, Super Paradise, Paradise, Paraga, and finally our home beach at Plati Gialos. Had it not been so windy, we likely would have stopped. 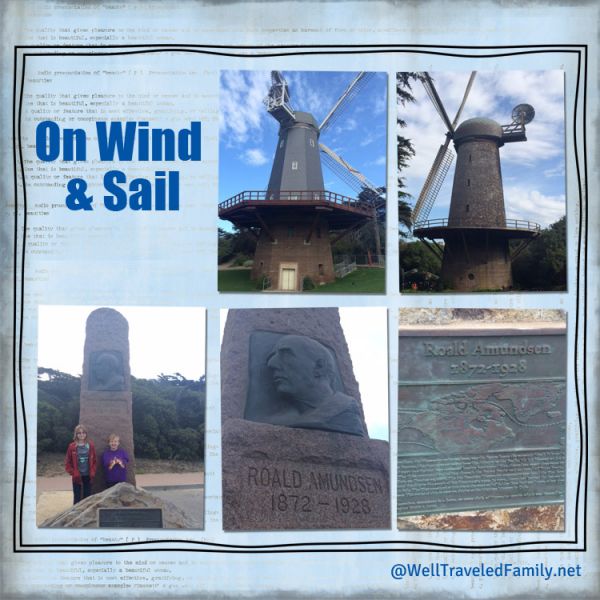 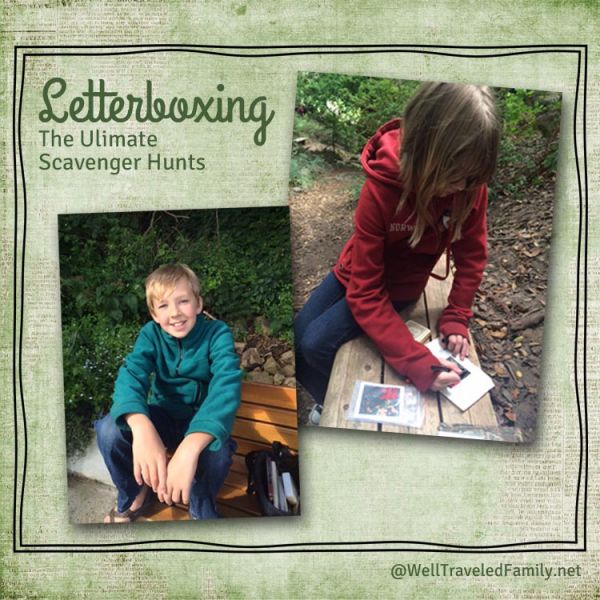