We have recently moved from the northern end of California’s Central Valley at the foothills of the Cascade Mountains to the southern Oregon Coast. One of the most noticeable differences between these two areas is the weather. 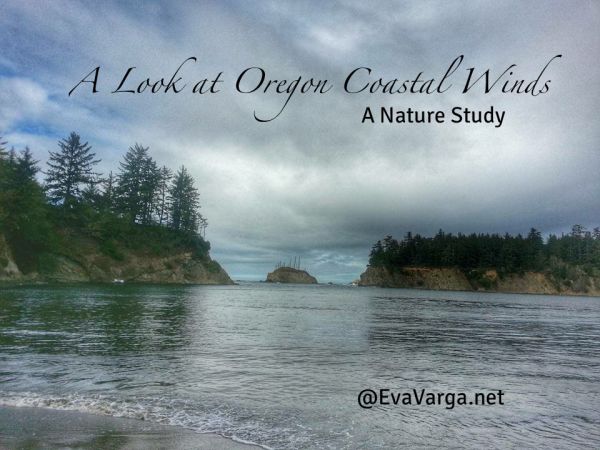 In Redding, we enjoyed a hot Mediterranean climate. Here on the coast, the weather is more moderate with partly cloudy days and windy afternoons the norm. It is the perfect place to dive into a study of Oregon’s coastal winds.

I recently wrote an article for the Handbook of Nature Study monthly newsletter describing ways in which you could undertake a study of wind. If you don’t already subscribe to Barb’s newsletter, I encourage you to do so.

Students often have misconceptions about wind and where it comes from. Before beginning a unit study or lesson on the wind, begin with a discussion to reveal their ideas of wind and its origins.

As Meriwether Lewis observed during his encampment along the coast in the early 1800s, it can get windy on the Oregon Coast. In the winter, storms approach the coast from primarily a westerly direction. In this case, strong southerly winds occur ahead of the storm’s advancing frontal zone, as higher pressure to the south tries to compensate for falling pressures to the north. Once the front passes inland, winds shift to westerly.

The winds from the Land brings us could [sic] and clear weather while those obliquely along either coast or off the Oceans bring us warm damp cloudy and rainy weather. The hardest winds are always from the S.W.
~ Meriwether Lewis, January 31, 1806, at Fort Clatsop

Such an observation is completely true in the winter. However, had Lewis and the other members of the Corps of Discovery experienced a summer along the Oregon coast, they would certainly have experienced other conditions. The prevailing winds shift to northwesterly along the coast throughout the spring and falls off remarkably along the entire coast during the summer months. 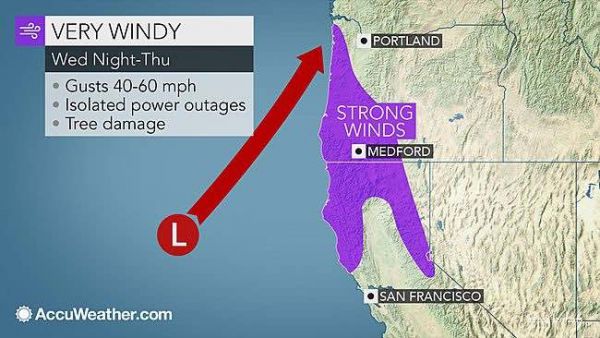 Winter is a great time to visit the Oregon coast and watch our magnificent winter storms. There are at least a few fairly nice days in between the stormy squalls and near-gale force winds.

The winter storms are one of the things I like best about living on the coast. Meteorologists have stated that several storms are expected to hit the Northwest coast this week and perhaps through much of December. According to AccuWeather.com,

The storms, which will vary in intensity and location, will hit every one to three days with waves of drenching rain, heavy mountain snow and gusty winds.

. Our plan is to do this several times over the course of the year to get a feel for seasonal changes.

1) Students may be interested in investigating storms, like tornadoes, in which pressure differences between the two areas are very great. This would create an opportunity to talk about safety precautions that should be followed in tornadoes and strong wind storms.

4) Wind is an important alternative source of energy. The history of wind machines, modern wind machines, the economics of wind power, and the environmental aspects of wind power can also be explored. Challenge students to build a windmill of their own using Fischertechnik or other building systems. How can you improve the efficiency of their design?

5) Find a poem or musical piece that was inspired by wind or other weather. Better yet, write your own!