My little man turned 9 this month and early in January, he expressed interest in having a Lego themed birthday party.  Fortunately, a local start-up offers Lego Robotics, Stop Motion Animation, Computer Programming, and 3D Printing classes as well as summer camps, field trips, and birthday parties for youth. We had previously participated in a 3D Printing class so when I suggested we do the party at Build It, he was ecstatic.

I could not have planned it better for the new Lego Movie was released just a week prior to the party so the anticipation of going to the party was very high!  They knew they would get a chance to create their own Lego stop motion animation. What could be better? 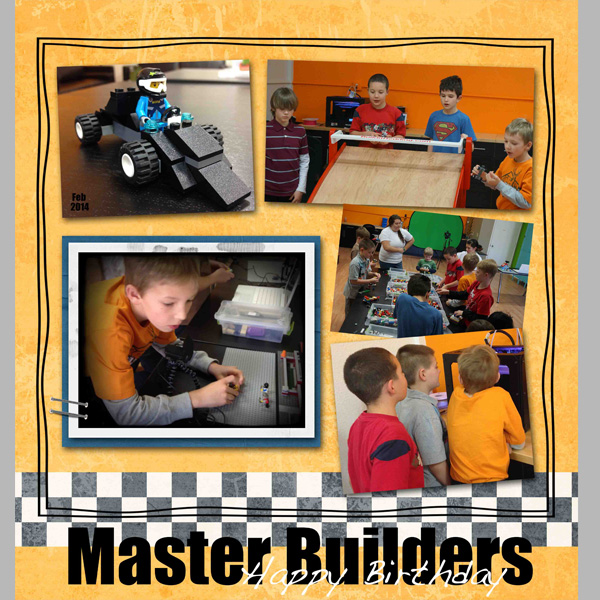 This was one of the best parties ever – both from my perspective as a parent (no stress and mess) and from the feedback received from the boys. There were many activity stations to choose from and the boys were actively engaged the entire time.

When they arrived, they were immediately drawn to the center table where a dozen bins filled with Legos awaited them.  Without prompting, they got started right away building vehicles to test on the ramp.  When a few cars didn’t make it to the bottom, they were encouraged to modify their design and try again.  No hints were given .. the perfect hands-on, inquiry activity.

When the green screen was discovered – it became a great hit.  The boys loved using the props and remote control to take pictures of themselves inside the Minecraft world.  The pictures were saved and will be available for download in a few days.  Buddy was also able to select something to be printed with the 3D Printer. The boys enjoyed watching the printing process every so often as they bounced from one thing to another. 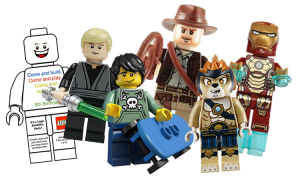 The highlight, of course, was the Stop Motion Animation station, particularly with the older boys.  They spent a lot of time here tweaking their scene and recording their storyline.  I can’t wait to see all their videos when they are available for download soon.  They will then be able to use iMovie to import audio and sound to their animations.

The Lego party invitations helped set the tone of the party – Buddy helped to select a mini-fig image representing the interests of each of his friends.  We printed these out on card stock and on the backside we adhered a mini-fig template with the party particulars.

My little man has now requested the iStopMotion 3

software (affiliate link) so he can further pursue his new passion … how can I say no?