I love slugs! They are one of my favorite animals, particularly if limiting the scope of the question to invertebrates. In my opinion, they are one of the most beautiful and fascinating organisms.

You’re likely thinking I have lost my mind. “You really think this guy is beautiful?” 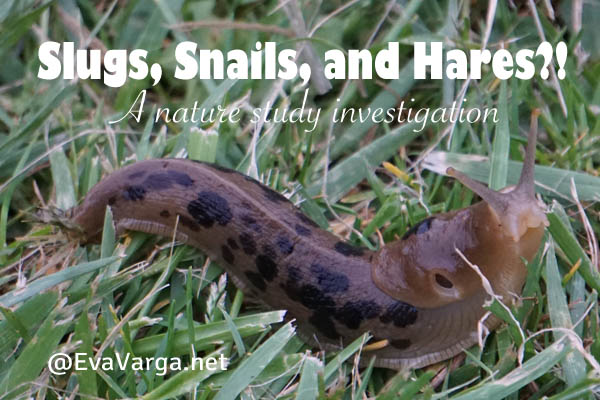 Pictured here is the banana slug

Yes, I do. Well, actually, in my mind I was picturing his close relative the sea slug or nudibranch. This summer, I have been volunteering at the new Marine Life Center at the Oregon Institute of Marine Biology and I’ve thereby had the opportunity to learn so much about these fascinating animals. Let me introduce you to the gastropods.

The Gastropoda or gastropods class, more commonly known as snails and slugs, are a large taxonomic class within the phylum Mollusca. A very diverse group with 60,000 to 80,000 living species (second only to insects in number of species) that includes snails and slugs of all kinds and all sizes from microscopic to large. There are many thousands of species of sea snails and sea slugs, as well as freshwater snails, freshwater limpets, land snails and land slugs. 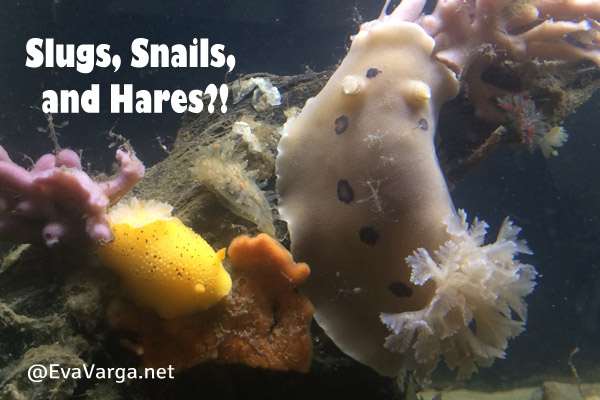 How many sea slugs can you find in this picture?

The anatomy, behavior, feeding, and reproductive adaptations of gastropods vary significantly from one group to another. The class also inhabits an extraordinary diverse habitats including gardens, woodland, deserts, mountains, rivers and lakes, estuaries, mudflats, the rocky intertidal, the sandy sub-tidal, the abyssal depths of the oceans including the hydrothermal vents, and numerous other ecological niches, including parasitic ones. 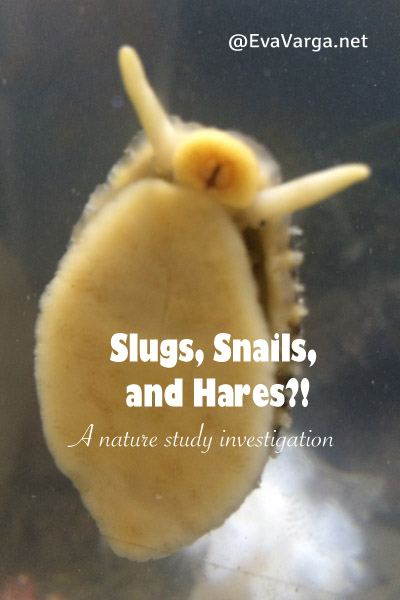 Commonly, snails are those species with a single external shell large enough that the soft parts can withdraw completely into it. Those with a shell into which they cannot withdraw are termed limpets.

The marine shelled species of gastropod include species such as abalone, conches, cowries, periwinkles, whelks, and numerous other sea snails. Each produce seashells that are coiled in the adult stage. In a number of families of species, such as all the various limpets, the shell is coiled only in the larval stage, and is a simple conical structure after that. 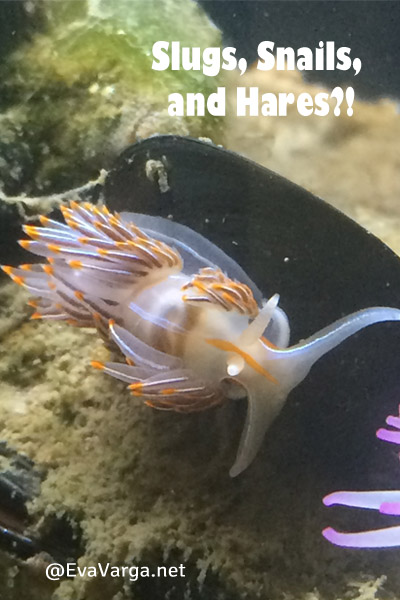 Slugs or Gastropods Without External Shells

Those gastropods without a shell, and those with only a very reduced or internal shell, are usually known as slugs. The various families of slugs are not closely related, however, despite a superficial similarity in the overall body form.

The phrase “sea slug” is perhaps most often applied to nudibranchs and they come in an outstanding variety of shapes, colors, and sizes. With translucent bodies, they appear in just about every color on the rainbow. Of course, these bright colors are cause for warning to potential predators that they are poisonous with stinging cells. It is their colors that so fascinate me.

Like all gastropods, they have razor-sharp teeth, called radulas. Most have two pairs of tentacles on their head used primarily for sense of smell, with a small eye at the base of each tentacle. Many have feathery structures (ceratia) on the back, often in a contrasting color. These act as gills.

All species of sea slugs have a selected prey, that is specifically fitted for them to hunt. Amongst the diverse prey are jellyfish, bryozoans, sea anemones, sponges, and other various organisms including other sea slugs. 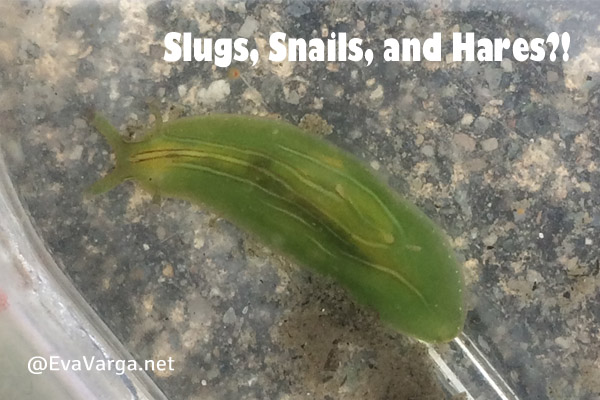 The sea hares, clade Aplysiomorpha, are often quite large and sometimes described as large sea slugs. They have a small, flat, internal shell composed of proteins. The name derives from their rounded shape and from the two long rhinophores that project upwards from their heads and that somewhat resemble the ears of a hare.

The greatly modified shape of the sea hare and the fact that it orients its body lengthwise along the leaves makes it almost invisible on the sea grass Zostera. An herbivore, it feeds by grazing the film of organisms, mainly diatoms, off sea grass leaves, leaving a characteristic feeding scar on the leaves.

Learn more about Phyla Mollusca in my earlier post, Echinoderms and Molluscs.  You might also be interested in my in-depth zoology curriculum specifically designed for middle school students.