While camping along the Rogue River recently, Papa Jens & Buddy enjoyed a little fishing and gold panning. Their endeavors have become a tradition to which they both look forward to each year. With their gold pans draped over their shoulders with a length of rope, small glass vials in their pocket, and a fishing pole and bucket in hand, they embark each morning after breakfast for the days adventure while the rest of us float the rapids in our inflatable kayaks. 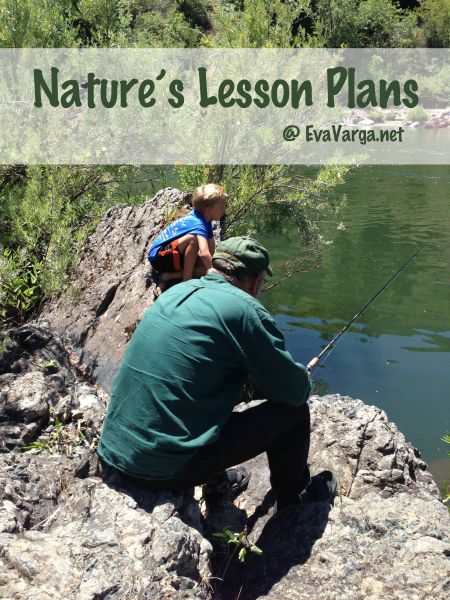 Their level of success varies every year but they never come back to camp without some reward in hand. This year was no different .. with nature providing lessons in geology, ecology, ichthyology, and economics.

Buddy was very excited this year to explore an abandoned mine shaft with which Papa was familiar. He had packed a head lamp especially for the occasion and was so persistent, Papa agreed to check spelunking off the list first. Upon locating the mine, they hiked in about 400 yards, though there were no big discoveries … only memories. 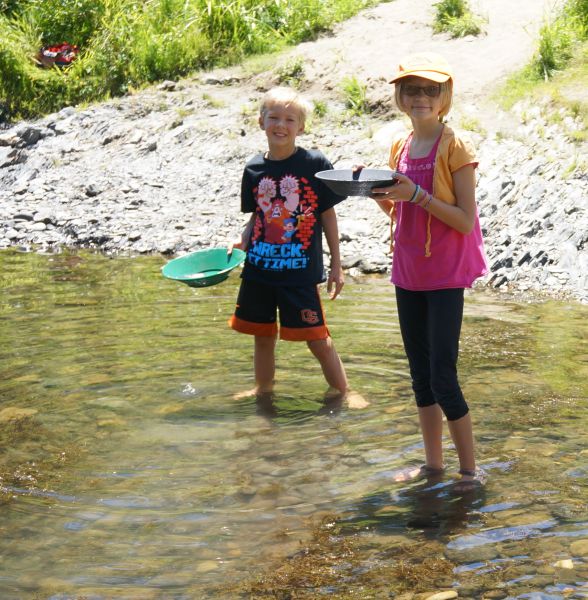 Later that evening, they walked down to the river again with their gold pans.  This time, they did not return empty handed.  They proudly passed around their vials of tiny gold flakes.  Gold panning is a hobby my dad has enjoyed all his life and one he has certainly passed down to my kids. We haven’t struck it rich – but have certainly enjoyed the scenery. 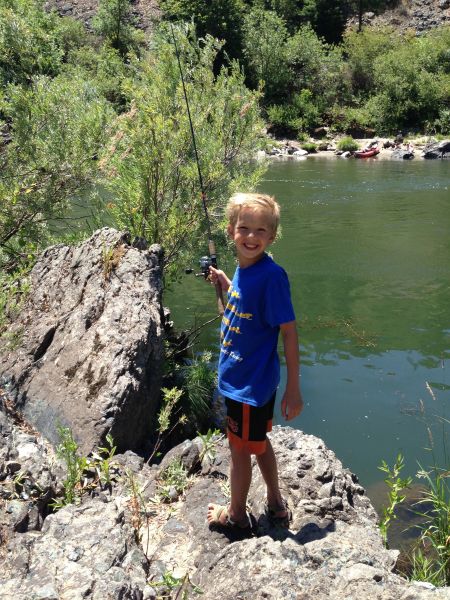 The next day, their search for adventure brought them down to the river again where they baited their hooks with an earthworm and Papa gave instructions on how to cast properly.  There were a few entanglements and a lost weight, but all in all they were successful.  They caught three decent size northern pikeminnow (Ptychocheilus oregonensis), a large member of the minnow family, Cyprinidae. Until 1999, when the American Fisheries Society officially changed the common name to pikeminnow, the four species of this genus were known as squawfish (my dad, being of an older generation, referred to them as such).

The population of pikeminnow has flourished with the development of hydroelectric power systems. The reservoirs have provided excellent habitat and given them an advantage over depressed salmon and steelhead populations. While historically pikeminnow have not been of interest commercially nor to sport anglers, Washington and Oregon state fisheries agencies have placed a bounty on them to reduce predation on scarce salmon stocks.

Our annual camping trip to the Rogue River valley is a much anticipated endeavor.  We look forward to time with our friends and family but nature never fails to impress upon us valuable lessons that we carry forth.