Every year, the little village of Willingtown comes to life as the annual market faire welcomes talented and exotic performers from throughout the globe to their streets and stages.  The entertainment is non stop all day.  The streets and stages boast music and dance from traditional English Country, to Celtic and Gypsy Tribal.  Swashbuckling sword fighters draw a crowd and maidens weave flowers for hair adornments. Foolishness and fun rule the day as the streets fill with revelry.

I have wanted to attend a Renaissance Faire for a long time but something has always prevented me. When I learned of one in Hollister, California (near San Francisco), I made plans to be there.  We attended during Fantasy Weekend – so we were not surprised to see people dressed with fairy wings and even a faun roaming the streets of Willingtown. It was a fabulous weekend excursion. 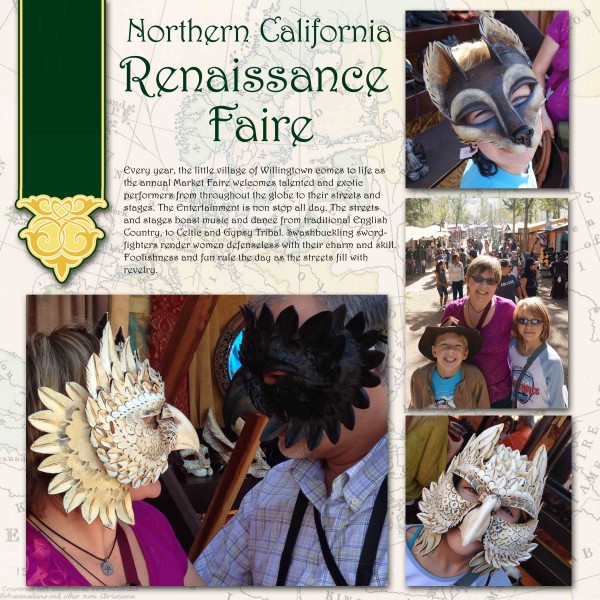 Recognized as one of the 10 Best Renaissance Faires by the Travel Channel.  Patrons are welcome and encouraged to dress in Renaissance style costuming to enhance their experience.  We had strongly considered this but just didn’t have the time to put together our own costume and though costumes are available for rent, we chose to be more of a passive onlooker.  Buddy wore his Indiana Jones attire and drew a lot of attention.  On several occasions we heard other patrons remark, “He must be thinking, ‘This needs to be in a museum!” 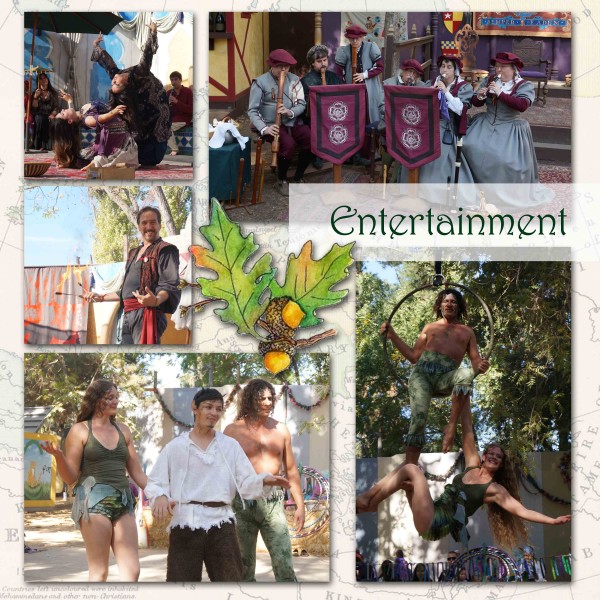 There were several stages whereby patrons could enjoy a variety of performances.  The first performance we observed was A Midsummer Night’s Fantasy, whereby the imagination of Shakespeare was brought to life by his Faerie Queen, Titania, dancing gracefully through the sky with her mischievous mate, Oberon. Utilizing hoops and ribbons this graceful demonstration of aerial ballet was a delight.

Our favorite performer, however, was Broon. He had us laughing all day with his dry wit and stage antics.  A regular headliner on the national faire circuit, Broon is a crowd favorite – we know why.  Buddy was so impressed by his skill with the bullwhip that upon our return home, he searched for videos on YouTube and memorized his act. 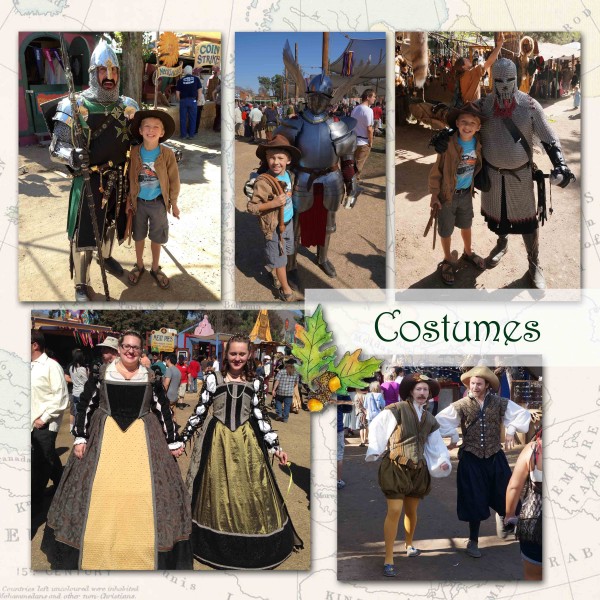 With his new fascination for all things medieval, Buddy was drawn to the knights in their armor.  I loved the authenticity and diversity of the costumes.  There were, of course, those who took this as an opportunity to dress more lewdly than one would think was appropriate for the times but overall, the patrons and performers were consistently in character.  They loved talking about their costumes – many of whom had spent many hours painstakingly constructing them piece by piece. 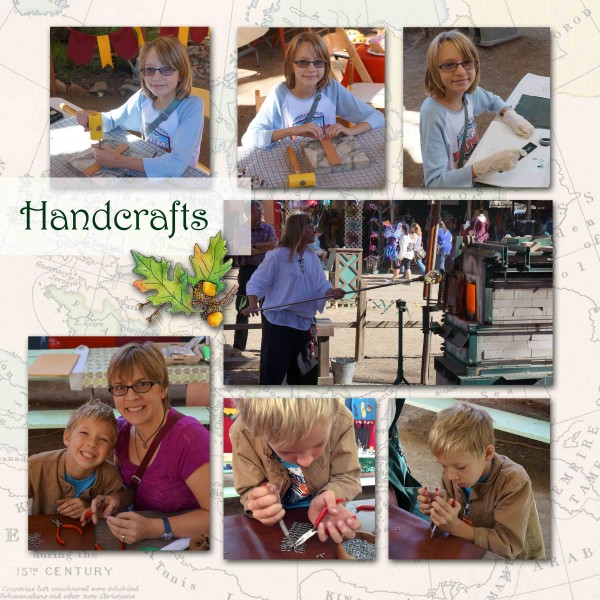 We spent nearly two hours in the handcraft tent.  Here patrons had the opportunity to try out a variety of crafts and arts typical of the Renaissance.  Sweetie chose leather and made a personalized bookmark.  Buddy – not surprisingly – chose chain maile. He had been trying to teach himself via videos he had found online but we could never quite get the pattern correct.  Having someone experienced show him was just what he needed.

It was a wonderful weekend. We had such a great time.  We look forward to attending again next year.  Hopefully, in costume.