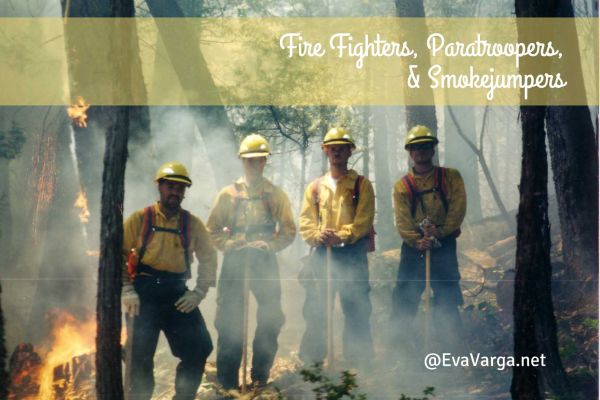 In the school system, educators are restricted to a constrained set of standards that dictate the specific knowledge that must be imparted across the subject areas according to grade level. As homeschoolers, we can take advantage of every available opportunity to teach our children about the world around them – both naturally and historically.

In the public schools, World War I and II aren’t taught until high school. In fact, history is NOT even a subject area addressed at the elementary level (with the exception of the California Missions or the Oregon Trail, for example, depending upon the state in which you reside). When I was partnered with an umbrella school (homeschool charter program) a few years ago, the facilitator was not able to align our studies with the state standards we were required to follow.

When my children were at the elementary level, we used The Story of the World as our spine and I thereby use a chronological approach to our study of history.  Following a classical model for education, my original intent was to repeat the cycle three times, but I am now content to do it twice before they graduate.

Today, we are using History of the Ancient World and have just begun our second cycle. Opportunities sometimes arise, however, that don’t necessarily fit within our current curriculum. This is exactly what happened when we discovered the Triple Nickles.

It is 1943. Americans are overseas fighting World War II to help keep the world safe from Adolf Hitler’s tyranny, safe from injustice, safe from discrimination. Yet right here at home, people with white skin have rights that people with black skin do not.

Previously, even I was not aware of the extent of racism in the military, of the segregation and marginalization of black troops, but Tanya Lee Stone’s narrative laid it out painfully and clearly. Her book taught us to appreciate the courage of each and every person who stood up against racism in large ways and small.

The story of these courageous paratroopers, who devoted themselves to protecting our coast from forest fires and the little known threat of Japanese balloon bombs during the war, inspired us to learn more about the war but also about smokejumpers.

In talking about the book with a friend, he shared this video with us and we started down a rabbit trail of student-led learning. We soon discovered that smokejumping was first proposed in 1934 by T.V. Pearson, the Forest Service Intermountain Regional Forester, as a means to quickly provide initial attack on forest fires. By parachuting in, self-sufficient firefighters could arrive fresh and ready for the strenuous work of fighting fires in rugged terrain.

The smokejumper program began in 1939 as an experiment in the Pacific Northwest Region. The first fire jump was made in 1940 on Idaho’s Nez Perce National Forest in the Northern Region.

At the time were reading Courage Has No Color, we were also immersed in an ecology unit in STEM Club. I thereby asked the Forest Service to give us a presentation on fire science and safety, Exploring Fire Science. Through their presentation and hands-on activity, we were able to see first hand how wild land fires effect our land and even how fire fighters use fire as tool to protect our homes and property.

We are currently experiencing a severe drought in Northern California and the threat of wildfire is something we live with on a daily basis. A few months after our initial meandering on the rabbit trail, a friend invited us to join them on a field trip to the Redding Air Attack Base.  I knew I had to jump at the opportunity (pun intended). 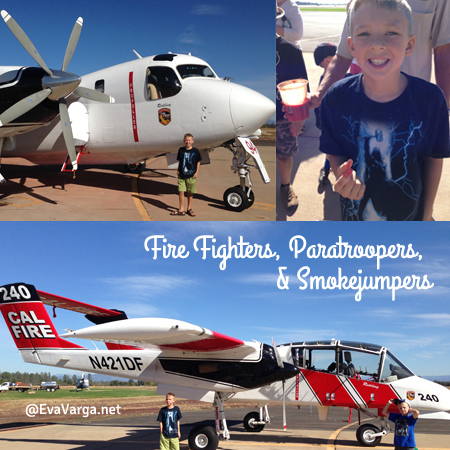 We had the chance to visit with real fire fighters and see some of the aircraft used to fight fires, including Air Attack 240-OV-10 (the air traffic controller), Air Tankers S-2T (transports and drops retardant), T-94, and the “retardant station”. The kids got to climb inside the cock pit of the S-2T, dip their fingers in the retardant (a slippery polymer substance that created an elastic-like layer on their finger), and watch the aircraft take-off and land.

The fire fighters talked about the recent Boles Fire near Weed, California and described how fire fighters from all over the region came to help combat the fire. There were 10 S-2Ts airborne at any given time, circling about between Weed and Redding (where they would need to come to reload the retardant, “hot loading”).

It was a wonderful experience and for my aeronautics enthusiast, a dream field trip. Above all, it helped us to realize the danger these courageous men and women face in order to protect our forests and homes.

Give thanks to the fire fighters and emergency personnel in your local area. Write them a note of appreciation or bake them a batch of muffins – any small gesture to let them know we are thinking of them.