For more than 100 years, the Nobel Prizes have recognized the finest in human achievements, from literature and science to the Nobel Peace Prize, awarded “to the person who shall have done the most or the best work for fraternity between nations, the abolition or reduction of standing armies and for the holding and promotion of peace congresses,” according to the last will and testament of founder Alfred Nobel. 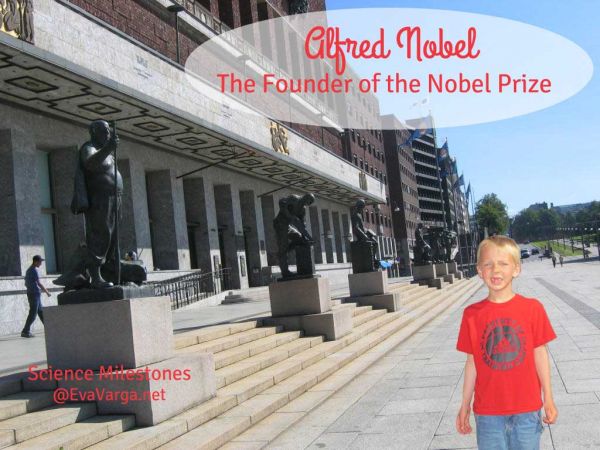 As we traveled through Scandinavia in 2011, we came upon numerous buildings and monuments that began to unfold the story of the Nobel Prize (like the Oslo City Hall, pictured above, where the Nobel Prize Ceremony takes place).  We also came to discover that the life of Alfred Nobel is a very interesting story. 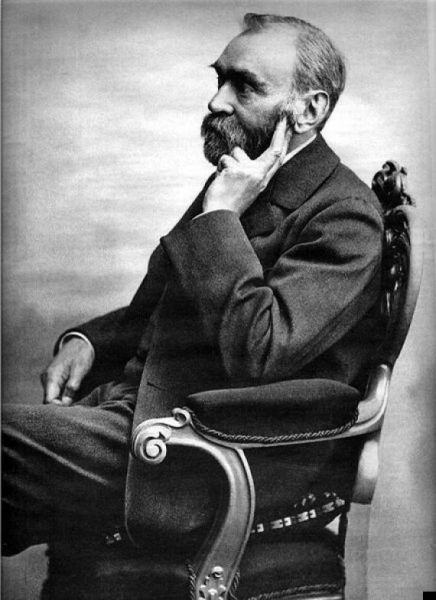 Alfred Bernhard Nobel was born in Stockholm on 21 October 1833. His father, an inventor and engineer who struggled financially for much of his life, was forced to declare bankruptcy. Immanuel left Sweden and began working in St. Petersburg, Russia, where he impressed the czar with one of his inventions, submerged explosive mines that could thwart a naval invasion. In 1842, when his father was financially stable, Alfred moved with his family to St. Petersburg.

“Success is not a place at which one arrives but rather the spirit with which one undertakes and continues the journey.”

Alfred did not attend school but received private tutoring from good teachers. He was quick to master four foreign languages, and showed great ability in the natural sciences, especially chemistry.

Most researchers at the time considered nitroglycerine (discovered by Italian chemist Ascanio Sobrero in 1847) too unsafe to have any practical use. The Nobel family, however, investigated its potential for commercial and industrial uses. Not surprising, their inquiries had tragic results.

“A recluse without books and ink is already in life a dead man.”

Seeking a safe way to use the oily liquid, in 1867 Alfred Nobel found that by mixing nitroglycerin with diatomaceous earth, the resulting compound was a stable paste that could be shaped into short sticks that mining companies might use to blast through rock. Nobel patented this invention as “dynamite,” from the Greek word dunamis, or “power.”

The invention of dynamite revolutionized the mining, construction and demolition industries. Railroad companies could now safety blast through mountains, opening up vast stretches of the Earth’s surface to exploration and commerce. As a result, Nobel, who eventually garnered 355 patents on his many inventions, became incredibly wealthy.

When Alfred’s brother Ludvig died in 1888, some journalistic error printed Alfred’s obituary instead. The obituary was widely published and he quickly learned how others perceived him. One French newspaper wrote “Le marchand de la mort est mort,” or “the merchant of death is dead.” The obituary went on to describe Nobel as a man “who became rich by finding ways to kill more people faster than ever before.”

“If I have been of service, if I have glimpsed more of the nature and essence of ultimate good, if I am inspired to reach wider horizons of thought and action, if I am at peace with myself, it has been a successful day.”

Nobel was reportedly stunned by what he read, and as a result became determined to do something to improve his legacy. One year before he died in 1896, Nobel signed his last will and testament, which set aside the majority of his vast estate to establish the five Nobel Prizes, including one awarded for the pursuit of peace.

Not everybody was pleased with this. His will was opposed by his relatives and questioned by authorities in various countries. It took four years for his executors to convince all parties to follow Alfred’s wishes. In 1901, the first Nobel Prizes in Physics, Chemistry, Physiology or Medicine and Literature were first awarded in Stockholm, Sweden and the Peace Prize in Kristiania (now Oslo), Norway.

On a related note, the Nobel Peace Prize medallion was designed by Norwegian artist Gustav Vigeland. In my post Gustav Vigeland: Artist & Visionary, I share his life story and a complimentary art lesson.