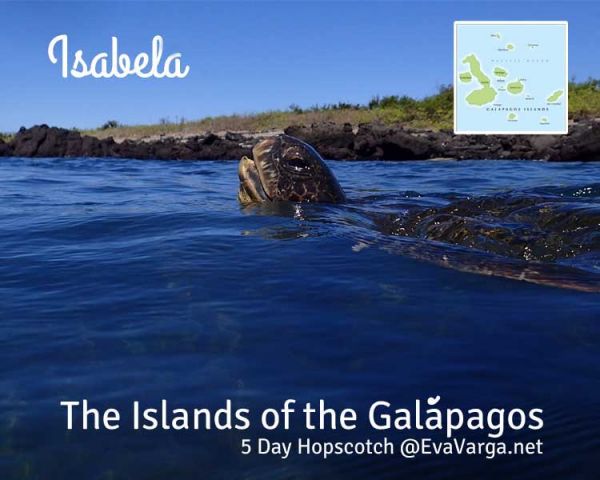 This is the second post of a five day hopscotch series. Join me each day this week as I share with you our discoveries in the Galápagos Islands.

The seahorse-shaped Isabela Island is the largest of all the islands, measuring 120 km long and greater in size than all of the other islands combined. One of the younger islands and more volcanically active, it was formed by the joining of six shield volcanoes — from north to south — Ecuador, Wolf, Darwin, Alcedo, Sierra Negra, and Cerro Azul. With the exception of Volcano Ecuador (whose western flanks have collapsed), all are still active.

Wolf Volcano, with an elevation of 1707 m, is the highest point in the Galapagos Archipelago. Isabela provides visitors with excellent examples of the geologic forces that created the Galapagos Islands, including uplifts at Urbina Bay, tuff cones at Tagus Cove, and pumice on Alcedo Volcano.

In 1893, Antonio Gil, a well-known Guayaquileño, arrived in Galapagos and after visiting the other islands, colonized southern Isabela, founding the town of Puerto Villamil on the southern coast and later Santa Tomás in the highlands.

Villamil – named after a freedom fighter from the Guayaquil, José de Villamil – began as a center for a lime production operation where they burned coral collected in the coastal waters. Santa Tomás was the center for a sulfur mine in the caldera and a nearby coffee plantation. 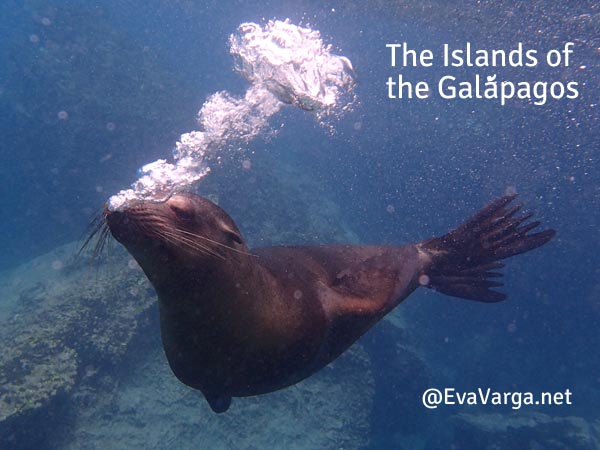 Located at the base of Alcedo Volcano on the west coast of the island, this area experienced a major uplift in 1954, causing the land (formerly red mangroves) to rise over 16 feet. The coast expanded half a mile leaving marine life stranded on the new shore.

On the morning of our third day, after a wet-landed from the panga, we walked in land about 1/2 mile and observed sea turtle nests, Giant tortoises, beautiful orange land iguanas, many small marine fossils, and several Galapagos hawks.

After our hike, we spent some time on the beach swimming and snorkeling with the sea turtles, sea lions, rays, and the diverse fish that were near the shore. 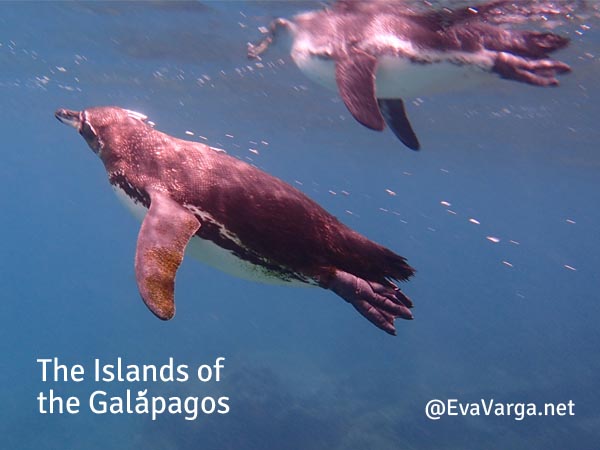 Tagus Cove on the northwestern side of the island was named for a British naval vessel that moored here in 1814 and provided a sheltered anchorage for pirates, buccaneers, whalers, and others. One can still see the names of their ships carved into the rock, a practice that is now prohibited.

In the afternoon we first chose to snorkel from the panga. We saw many colorful fish but the most exciting were the penguins and sea horses, the latter of which were difficult to see they were so well camouflaged in the Sargassum. 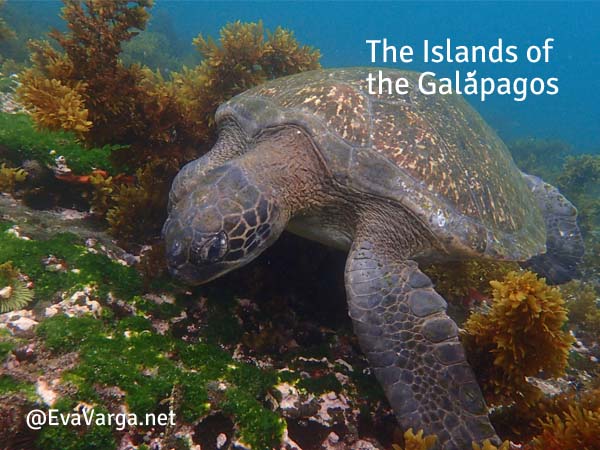 After returning to the Evolution to get warmed up and a little something to eat, the group split up – several (including Patrick, Jeffrey, and myself) ventured out again for a panga ride along the shore. Geneva chose to join the others for a “power hike” to Darwin Lake (he visited Tagus Cove in 1835).

The panga riders enjoyed many opportunities to observe boobies, penguins, iguanas, cormorants, and noddy birds along the cliffs and shoreline. I most enjoyed seeing the yellow and orange cup coral (just at the water line) in a small cove. They were so brightly colored! 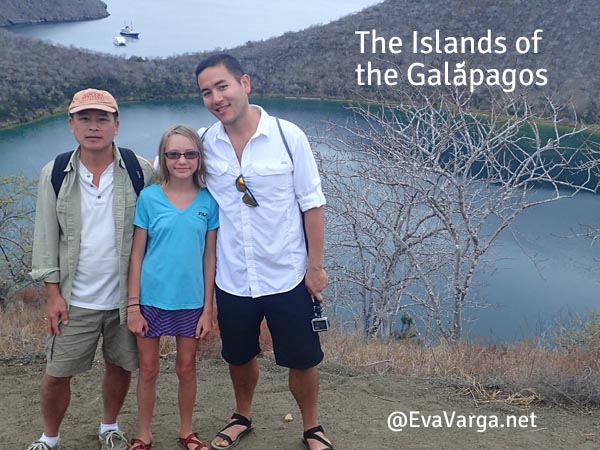