These past couple of years, we have been immersed in a variety of field trips and experiences that have brought the Gold Rush era alive. The California Gold Rush (1848–1855) began on January 24, 1848, when gold was found by James Marshall in Sutter’s Mill in Coloma, California.  The gold-seekers, called “forty-niners”, often faced substantial hardships. While most of the newly arrived were Americans, the Gold Rush attracted tens of thousands from around the world.

At first, the gold nuggets could be picked up off the ground. Later, gold was recovered from streams and riverbeds using simple techniques, such as panning. More sophisticated methods were developed and later adopted elsewhere. At its peak, technological advances reached a point where significant financing was required, increasing the proportion of gold companies to individual miners.

Additionally, the Gold Rush also resulted in attacks on the indigenous people who were forcibly removed from their lands. An estimated 100,000 California Indians died between 1848 and 1868, and some 4,500 of them were murdered. The advances in mining technology also dramatically altered the landscape and ecosystems of Northern California. 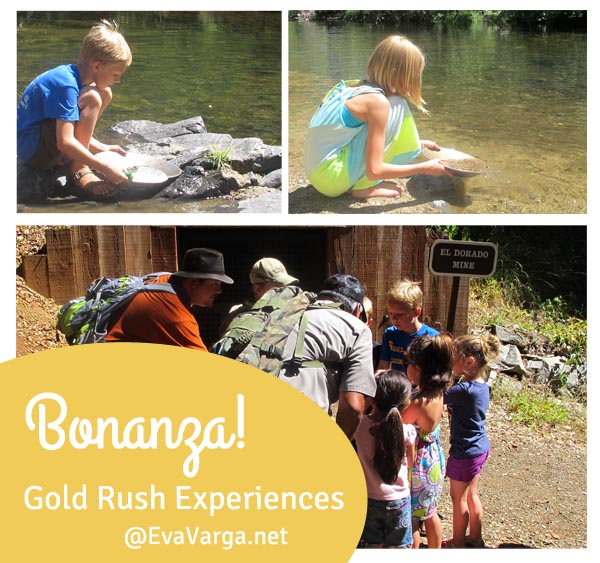 At Whiskeytown National Recreation Area near Redding, California, visitors can discover how pioneers/prospectors Charles Camden and Levi Tower reshaped the landscape to create a home for their families and an “oasis” for many travelers during and after the California Gold Rush.  If you plan to visit yourself, be sure to visit the Whiskeytown National Recreation Area website to download the activity guide for teachers and students.

In the past few years, we have enjoyed a tour of the Camden house, discovering the El Dorado Mine, and trying our hand at finding gold the old-fashioned way, using a gold pan in the creek. Each experience has provided us with a deeper appreciation for the hardships the pioneers endured. 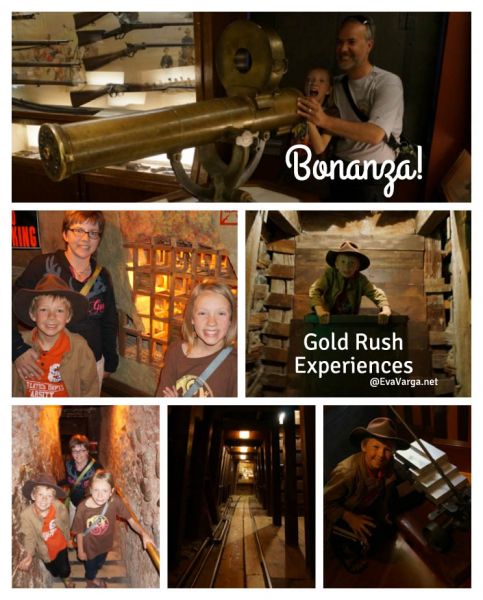 The Nevada State Museum and Carson City Mint, in Carson City, Nevada is an unusual museum in the sense that it seemed to have a little bit of everything. While other museums have a particular focus, this one had everything from natural history to guns. We enjoyed the coin mint exhibit and the mock mine the best – two special collections that set this museum apart from most.

Another exhibit we enjoyed was Finding Frémont: Pathfinder of the West, on display through spring 2015. Who was John C. Frémont? To some he was a villain, yet others see him as a hero and pioneer of Manifest Destiny who opened the West to settlement.  This was of particular interest to us because Shevlin Park, near Bend, Oregon (where we lived for nearly 10 years) was the location of the campsite of the Frémont Expedition on the fourth night of  December 1843. 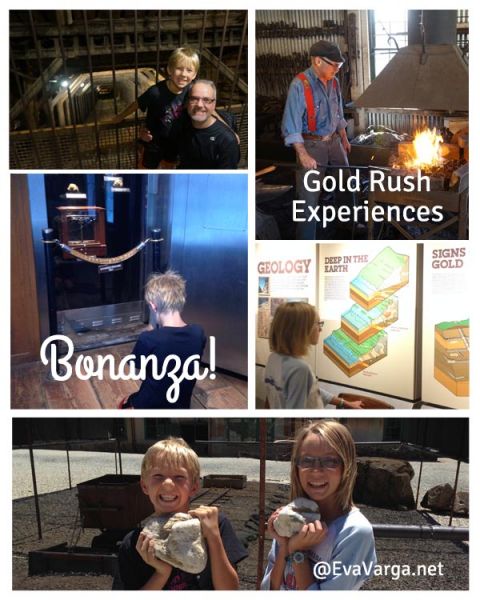 The Empire Mine, the site of the oldest, largest, and richest gold mine in California, produced 5.8 million ounces of gold in its operating history of 106 years (1850-1956). George Roberts, the original discoverer of the gold soon sold his interest and by 1869 William Bourn Sr. owned controlling interest. The Bourn family maintained control of the mine until 1929 when it was sold to Newmont Mining. It ceased operation in 1956.

In 1975 the State purchased the surface property as the Empire Mine State Historic Park. The park contains many of the original mine buildings, the owners cottage and the restored gardens and grounds as well as the entrance to the abandoned and flooded shafts and tunnels.

We enjoyed walking around the grounds which include a club house for entertaining, extensive lawns with fountains, a reflection pool and gardens with a greenhouse, as well as the Bourne cottage. Living history is one of the main attractions of the park and it was certainly our favorite.

Volunteers in period dress recreated characters from Empire’s colorful past and led us on a tour of the two story home of William Bourn, Jr. Styled after the noble estates of nineteenth century England, the cottage was built in the late 1890’s. The architecture is distinguished by a remarkable redwood interior, leaded glass windows and massive granite walls. 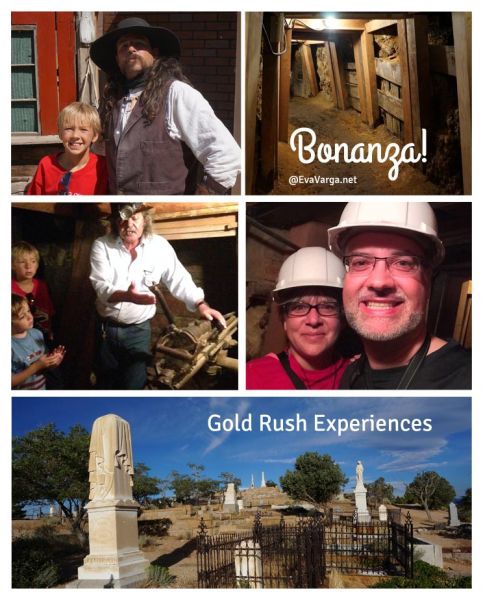 We recently had the chance to explore this picturesque, Victorian-era town and relive some of its colorful history.  As we strolled along the board sidewalks, we were able to peak into Old West saloons, visit a couple museums, and even don hard hats to explore the tunnels of an old gold mine. One of the highlights of our visit was the staged gun fight. While the Virginia City Outlaws Wild West Show is a comedy, it gave us a small sense of what it was like to experience gunfire in the street.

We also enjoyed visiting a couple of the pioneer cemeteries where nearly every plot is fenced or bordered, a typical practice of the Victorian period. Grave markers range in materials from wood to metal to cut stone. The inscriptions on the markers give silent testimony to the social and economic fabric of the area. Very few of the adults buried in these cemeteries were born in Nevada. The birthplaces noted throughout the grounds provide a glimpse of the scope of immigration and the makeup of the settlement that supported the Comstock mining industry.

There is so much to see here that you will want to stay a few days to take it all in. Perhaps you fancy a ride on a stagecoach, horse-drawn carriage, trolley, or the V&T Railroad steam engine train that crosses the high desert landscape dotted with old mines.