Have you ever seen weird bumps growing on stems, leaves, buds, or flowers? You might be surprised to learn that these odd growths are not the plant’s idea at all but are caused by a fly, wasp, midge, or other insect.

How Are Galls Formed?

The goldenrod gall, for example, is formed by one kind of gall fly. The female picks out a tender spot on a growing tip of the plant where she deposits an egg and flies off. When the larva hatches out of the egg, it will bore into the plant. As it does so, it excretes a chemical which causes this part of the plant to enlarge into the swelling that we call a gall. Soon the larva is surrounded by this enlarged tissue, essentially its gall house.

Through the summer months, the larva will eat away at the inside of the house. In autumn, the plan dies and the gall turns brown and hard. At this time, the larva digs a tunnel out to the skin of the gall, but does not break through. Instead, it curls up to await spring at which point it will pupate and eventually emerge as an adult gall fly. 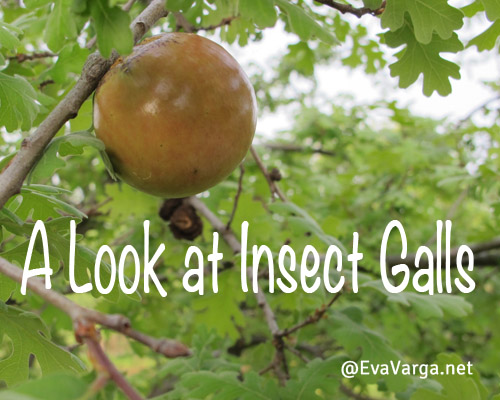 There are many kinds of galls and each is formed in a different way. In my earlier post, Galls: A Nature Study, I shared the small variety of galls we’ve encountered in our nature studies.

In North America, more types of galls are found on Oaks than on any other kind of plant. They can turn up on many different kinds of plants, however. Including flowers, ferns, and even mushrooms.

Not all galls are started by insects. Some are caused by mites or nematodes (tiny worms). Fungi and bacteria can also cause galls to form.

Nitrogen-fixing bacteria are microorganisms capable of transforming atmospheric nitrogen into fixed nitrogen (inorganic compounds usable by plants). More than 90 percent of all nitrogen fixation is effected by these organisms, which thus play an important role in the nitrogen cycle.

Even though the galls may deform the plant, they usually don’t do serious harm. Galls also provide a food source for many animals – including woodpeckers and many other insects.

Some galls are even useful to humans. The Bushmen of the Kalahari Desert in Africa make a powerful poison for their arrow tips from crushed gall wasps. In the states, galls that fall from Oak trees are sometimes used by farmers to feed their livestock. 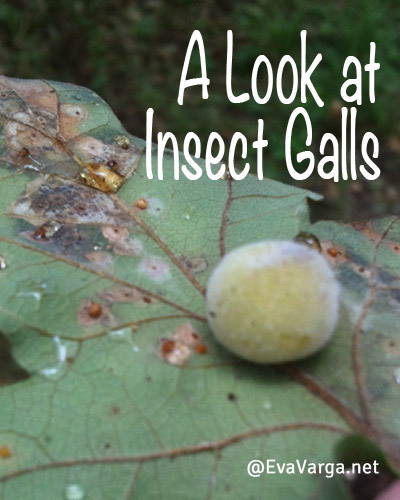 Undertaking the activities described below provide students with an opportunity to begin to examine the affect of environmental conditions on galls and insect growth. Students also develop an appreciation and understanding of the complex interactions among plants and animals.

The larva lies at the center of the gall. Use a dissecting knife or other sharp tool to make an incision in the gall parallel to the stem, but off center. Create a small window so the larva is clearly visible.

Put a little glue around the perimeter of the window and press it against the inside wall of a jar. You will now be able to observe the larva as it develops. Keep track of your observations in your notebook.

Place the gall inside a collection container with nylon stretched over the opening and secured with the rubber band. Make observations of the changes that take place as the insect develops and emerges from the gall.

Most specimens should emerge in approximately 3 weeks.

Design an experiment to explore the effect of different environmental factors such as light, temperature, or moisture. For example, does the amount of light affect the development of the larva?

Galls are everywhere … if you take the time to look … particularly on Oak trees.  The kids and I love insects, so we’ve been actively looking for galls for years. When they learned that one of Barb’s challenges this season included a study on galls, they proclaimed that it was one they were most looking forward to doing.

Galls are caused by many organisms living on plants, including insects, mites, mistletoe, fungi, and bacteria.  We discovered that the Oak is host to more galls (specifically wasps) than any other plant.  This wasn’t surprising as it is on the Oak that we most often observe them.

While we were in Norway, we observed the striking red spikes on the leaf pictured below. I had asked around but no one knew what they were.  Months later, I posted my spotting on Project Noah, spotting #7418081.  A recent clue leads me to believe these galls were formed by a mite, Eriophyes tiliae.  These chemically induced galls form an erect, oblique or curved distortion rising up from the upper surface of the leaves of the common lime tree, Tilia x europaea.

These mites move onto the foliage in the spring, having overwintered in the crevices of the bark and around the buds.  The mites are less than 0.2 mm long.  The chemicals released while sucking the sap from the lower leaf epidermis creates the colorful, hollow, finger-like extensions to form on the upper surface of the leaf.  Before autumn, the mites, which have been actively feeding and growing inside the galls, depart from their little ‘homes’ and seek shelter elsewhere on the lime tree whereby the cycle begins anew. 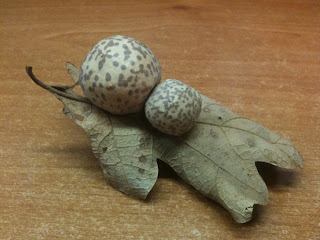 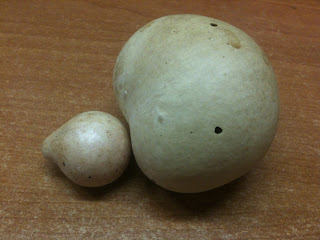 As I sat down to write up our lesson, I discovered that alien-like thing pictured below is actually a gall.  I had it in our collection of seeds and cones, however, my online research revealed that it is in fact a gall caused by an aphid-like insect (Adelges cooleyi) of the order Homoptera that invades the needle-bearing branch tips. Apparently, here in California these are sometimes referred to as Spruce pineapple galls as insects attack the swollen, needle-bearing branchlets of the sitka spruce (P. sitchensis), weeping spruce (P. breweriana) and several cultivated trees, including the oriental spruce (P. orientalis) and Norway spruce (P. excels).  According to W.P. Armstrong, this insect has a complex life cycle that involves two genera of host trees, including several species spruce (Picea) and Douglas fir (Pseudotsuga meziesii).
Insect galls are fascinating. Have you encountered these on your nature outings?