Upon observing a tremendously diverse number of fungi species last month, I asked the kiddos to select one to journal about.  It wasn’t surprising that Sweetie selected Amanita muscaria (Fly Agaric Fungi).  Whether of mutual  interest or simply thinking it would be easier, Buddy chose the same.

In children’s picture books and whimsy illustrations of fairies, the Amanita family of fungi is probably the most notorious.  Garden ornaments and even video games depicting gnomes and fairies often show Amanita muscaria used as seats or homes.

The beautiful Fly Agaric mushroom (Amanita muscaria) is unmistakable with its bright red cap covered with white scales (remnants of the membranous universal veil that once enveloped the entire stalk and umbrella-like cap). The family is comprised of only 2 genera, Amanita and the rare Limacella.  Most species grow on the ground in forests or woodlands and though they are stately and colorful, they can be deadly. 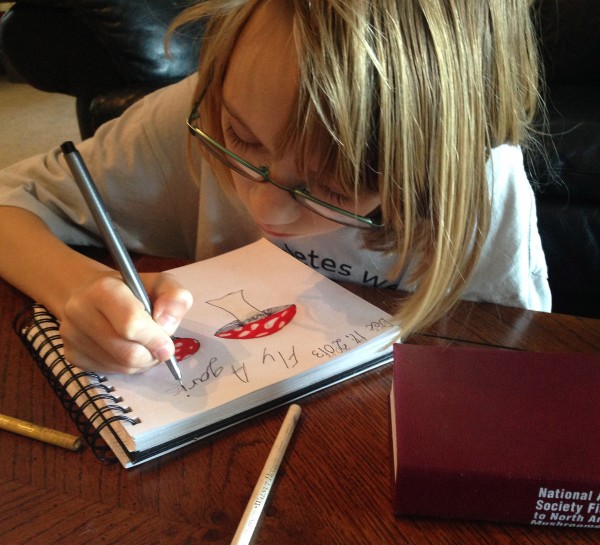 Native throughout the temperate and boreal regions of the Northern Hemisphere, Amanita muscaria has been unintentionally introduced to many countries in the southern hemisphere, generally as a symbiont with pine plantations, and is now a true cosmopolitan species. It associates with various deciduous (birch, live oak, & madrone) and coniferous trees (pine & spruce). Commonly referred to as a toadstool, it is a large white-gilled, white-spotted, usually red mushroom, one of the most recognizable. 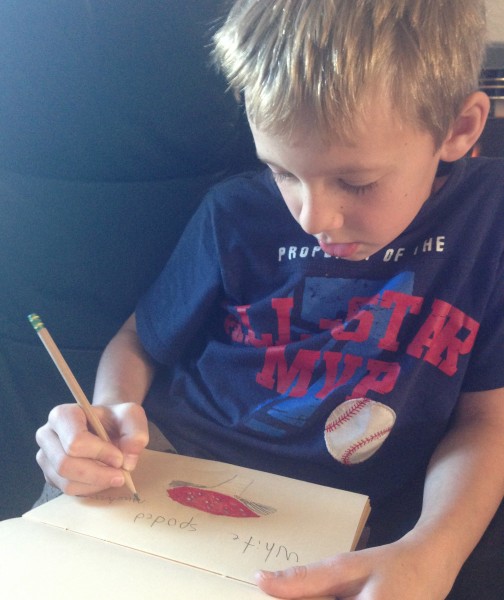 Amanita muscaria is probably humanity’s oldest entheogen, containing the toxic, psychoactive alkaloid muscimole. In Europe, it has been used as an insecticide (when mixed with milk), hence it’s common name, Fly Agaric.  Despite it’s toxicity, some do use it for food and medicinal purposes. The active constituents of this species are water soluble, and boiling and then discarding the cooking water at least partly detoxifies it. Drying may increase potency, as the process facilitates the conversion of ibotenic acid to the more potent muscimol.  According to some sources, once detoxified, the mushroom becomes edible.

Some authors in the 1700s have recorded the distortions of the size of perceived objects while intoxicated by the fungus. This observation is thought to have formed the basis of the effects of eating the mushroom in the 1865 popular story Alice’s Adventures in Wonderland.

Amanita mascara (Fly Agaric Fungi) is a fascinating example of how our observations on a nature walk can lead us in so many directions.  From ecology, chemistry, taxonomy, and even cultural / historical uses.