What is a flag?  In the simplest of terms, a flag is a piece of fabric with a distinctive design used as a symbol, as a signaling device, or as decoration. First used for military purposes, flags today are potent patriotic symbols that evoke strong emotional feelings.

In honor of Flag Day 2014, I thought I would share with you a few ways in which we can honor our flag with activities to teach our kids.

Did you know, the study of flags is known as vexillology, from the Latin word vexillum, meaning flag or banner? 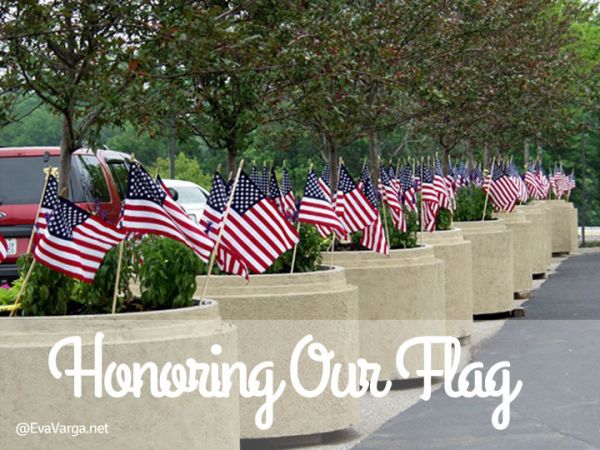 In the United States, we honor our flag with a special holiday.  Though not a national holiday, Flag Day is celebrated each year on June 14th. It commemorates the adoption of the flag of the United States, which happened on that day in 1777 by resolution of the Second Continental Congress. Citizens are urged to fly America’s national flag and some organizations hold parades and special programs which include a ceremonial raising of the flag, recitation of the Pledge of Allegiance, and singing of the national anthem.

The flag of the United States has undergone several changes as the country has grown.  However, over the years it has stayed true to the original design concept of Betsy Ross.  The 50 stars on the flag represent the 50 states of the United States of America and the 13 stripes represent the thirteen British colonies that declared independence from the Kingdom of Great Britain and became the first states in the Union. Nicknames for the flag include the “Stars and Stripes”, “Old Glory“, and “The Star-Spangled Banner“.

Follow these links for several great lessons and activities for middle and high school students: 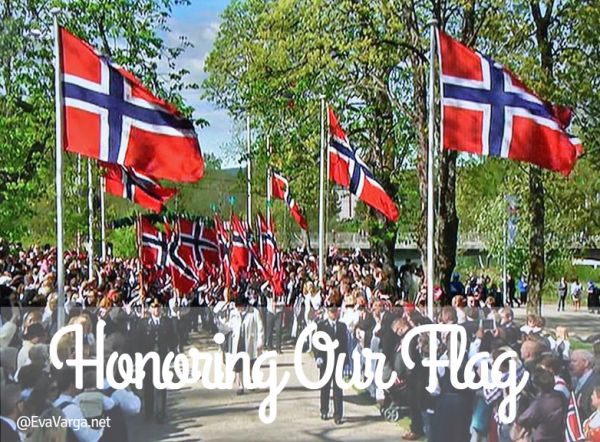 Norwegian Constitution Day is the National Day of Norway and is an official national holiday observed on May 17 each year. Among Norwegians, the day is referred to simply as Syttende Mai (meaning May Seventeenth) or Nasjonaldagen (The National Day).

A noteworthy aspect of the Norwegian Constitution Day is its very non-military nature. All over Norway, children’s parades with an abundance of flags form the central elements of the celebration. Everyone gets dressed up in bunads (the traditional clothing of Norway) and if you don’t own a bunad, you had better be dressed in a suit and tie.

We observed Syttende Mai in Bergen when we were there in 2011.  I have never seen an entire city dressed up at one time, and it was pretty fantastic!  It made me wish that we all dressed up for the Fourth of July.

Fredrik Meltzer proposed his design to the Norwegian Parliament on the 4th May 1821. In earlier writings, he recommended a tricolourof red, white and blue, “three colours that now denote freedom, such as we have seen in the French flag of freedom, and still see in that of the Dutch and Americans, and in the Union of the English.” The inclusion of a Nordic cross, representing Christianity, was based on the tradition established by the other Nordic countries, Denmark and Sweden. 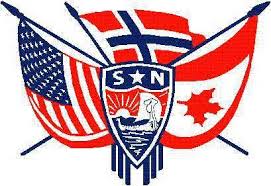 Sons of Norway is a fraternal organization representing people of Norwegian heritage. Our mission is “to promote and to preserve the heritage and culture of Norway, to celebrate our relationship with other Nordic countries, and provide quality insurance and financial products” to its members.

Founded in  January 1893, the organization slowly expanded across the United States and now includes lodges in Canada and Norway. Today, Sons of Norway continues to make an effort to build on the traditions of the past while at the same time focusing on our modern lives. Membership is open to everyone with an interest in Norwegian culture.