We enjoyed many historical sites in Georgia, taking advantage of this opportunity to experience the history we had read about first hand.  Many of the sites we visited were a part of the Georgia State Parks & Historic Sites, enabling the kids to complete an activity book to facilitate their understanding of the cultural and natural history of the area.  Upon completion, they were able to turn in their work to earn one of four Georgia Junior Ranger badges (according to age).  Proudly, despite his age, Buddy chose to work for level three just like his sister. 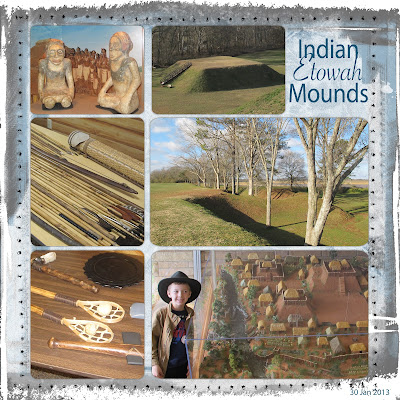 One of the highlights of the state parks was the Etowah Indian Mounds near Cartersville.  This major Mississippian Period Cultural Center was home to several thousand Native Americans from 1000 to 1500 AD. The largest mound stands over 63 feet high and covers three acres. The impressive archaeological museum interprets life in what is now known as the Etowah Valley Historic District.  Beyond the mounds lies the Etowah River and Pumpkinvine Creek where a V-shaped rock wall impedes the water of the rivers.  At least 500 years old, the wall is one of the lasting reminders of the Mississippian Culture who resided in this portion of Northwest Georgia.

Known colloquially as the mound builders due to the large earthen mounds, flattened on top for homes of the elite, the culture flourished at this site until the arrival of Hernando de Soto, who visited the area in 1540-41.  Those that survived the illnesses brought by the Spanish abandoned the site and eventually blended in with the nearby Creek Indians along with their agricultural skills and past times (lacrosse, for example). 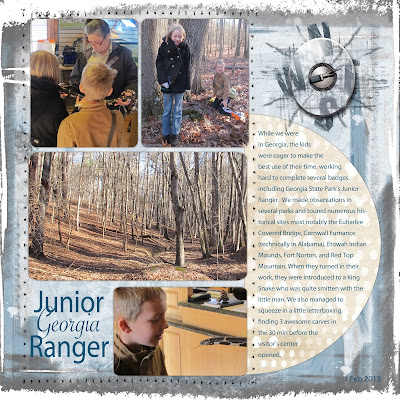 Fortunately, we arrived shortly before a bus load of school kids.  The interpretive volunteer invited us to take part in the talk he would be giving them and we were able to get a sneak peak at some of the weapons and materials (not on display) used by the Native Americans prior to the arrival of Europeans.  We enjoyed this museum very much as it was a very distinct contrast to the way the Native Americans lived on the Pacific Coast.  While only 9% of the site has been excavated, examination of Mound C (pictured in the collage above) and the surrounding artifacts revealed much about the people who had lived here.  One of the things that surprised us, however, was the extent of their trade routes … artifacts include Obsidian from Central Oregon and Idaho as well as asphalt from the La Brea Tar Pits in California.