Since we moved to California in August of 2011, my kids have participated in year-round swim team. It has been a wonderful experience. We’ve connected with other families and developed life-long friendships. We’ve also learned many life lessons along the way – but that is fodder for another post.

Today, I would like to focus on burnout. Most of us are familiar with feeling burned out. What you might not know is that young athletes are capable of getting burned out, too. 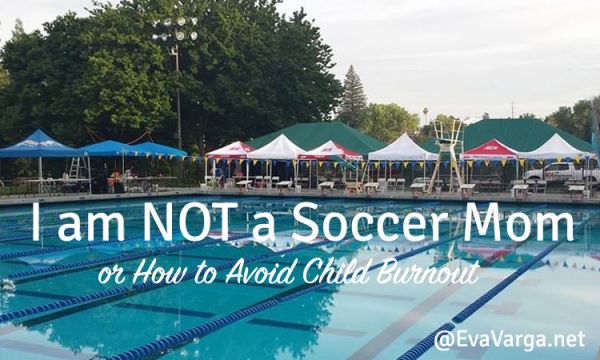 My daughter had always LOVED swimming! She eagerly attended practice and always worked hard. My son had been more of a roller coaster, initially complaining and dragging his feet, then going without protest, and then complaining once again.

We had a break over the winter holiday a few months ago and when we tried to resume our regular schedule in January, my son was vehemently opposed (more so than before). Much to our surprise, my daughter had also voiced her desire to stop swimming as well.

I was shocked. I had never considered myself a “soccer mom”. I had observed parents frantically running their child from one sports practice to another. I had witnessed parents screaming at their child, “Hurry up and get changed! You’ll have to eat dinner in the car. We have to get you across town for soccer!” I had heard them lament about the cost of hotels and fuel required to attend swim meets in Sacramento.

This was not us. We only did one sport. We took frequent breaks for family vacations aboard or weekend getaways to visit grandparents. We had never pushed them to compete.

We have had the opportunity to attend practice up to 6 days a week. However, we go to practice only 3x/week on the average. While competition is a part of our experience, we only occasionally compete in a swim meet (one in winter and two-three in summer) and only if the kids are interested.

How was I now dealing with child burnout?

Give it Up or Plow Forward?

We (their father and I) had always insisted the kids need to take part in a sport for exercise and general health / fitness. Yet they didn’t have an interest in another team sport. They both had expressed willingness to cycle / run with me as well as try parkour, resistance training, and/or aerobics, however.

We had invested so much time and energy into swimming. I felt compelled to continue. It had become a constant fight and major energy drain for me, however. When my daughter gave up Taekwondo years ago, I was really sad. Just as I was when she gave up dance for TKD (her brother was just a toddler then). Perhaps it was my hang up? 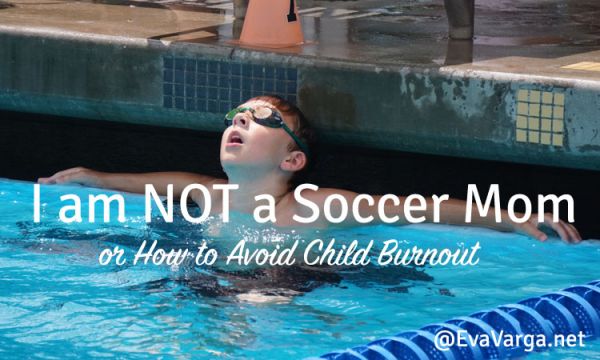 We had several family meetings discussing the issue trying to determine the root cause of the sudden disinterest. I even posted my frustration on Facebook and elicited help from my readers as well as friends and family. Here is a small snapshot of the responses I received:

Talk with Your Coach

At this same time, we also had a long talk with coach. He shared that at this age – as qualifying times begin to get harder and as kids have access to other sports through their schools – it is common that kids lose interest in swimming. He also stated that one of the biggest motivators is taking part in swim meets and really looking at your progress as an individual. As we don’t compete as regularly as most, we don’t have those little goals and milestones to celebrate.

I took to heart the advice and experience that was shared with me and it really helped to open a dialogue with the kids. What we discovered really surprised us. 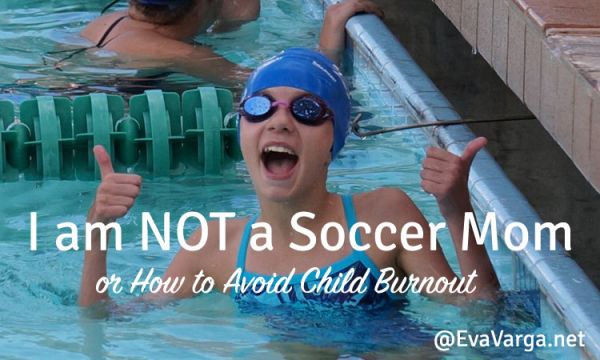 Really Listen to Your Child

Our team had also experienced a number of seasoned swimmers leaving the sport that winter season for a variety of reasons. We were in essence rebuilding and the kids agreed that it just didn’t have the same “feeling”.

Talking it over as a family and really listening to what the kids had to say was the key to finding a solution. As parents, we had to be willing to let them walk away and try something new. The kids realized that they couldn’t just veg out all day. Physical activity was equally important as academics and family bonding. We thereby compromised.

They agreed that they both wanted to continue swimming. Geneva wanted to stick with the advanced group. After talking with coach, she was inspired to take part in more swim meets and asked us to assure we could make this happen.

Jeffrey wanted to return to the intermediate group. He agreed he would occasionally swim with the advanced group if we had a schedule conflict (a couple times a month).

Because I was willing to listen and find a compromise, the kids are still swimming. Their enthusiasm for the sport has returned. When the summer season began in May, they both returned to the advanced swim group.