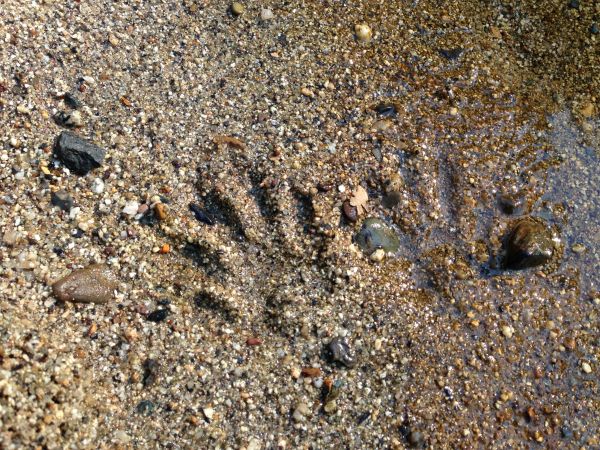 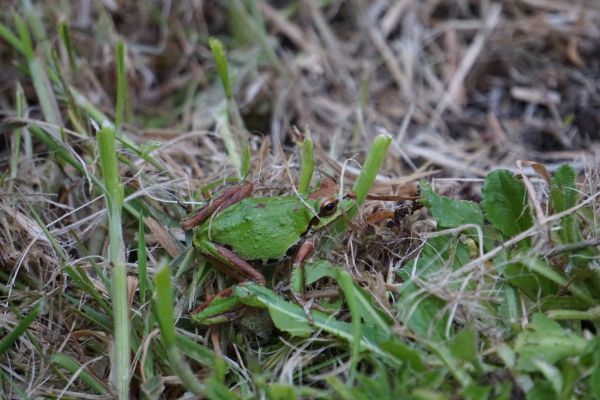 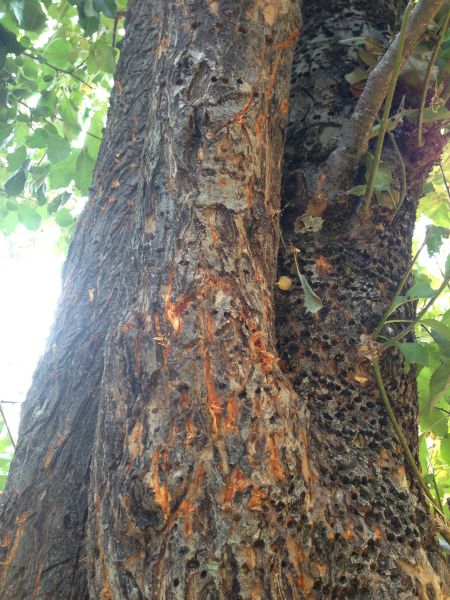 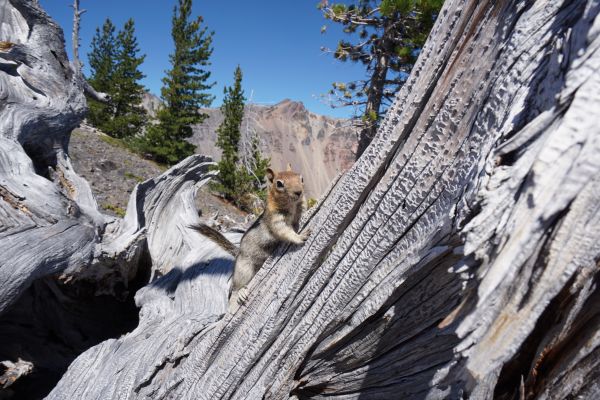 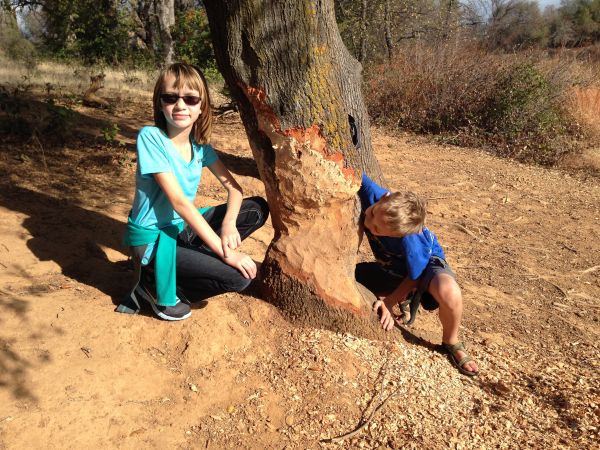 North American Beaver (Castor Canadensis) play a critical role in the ecology of our streams. Their dams create pooling of water upstream, which creates wildlife habitat for many dozens of wetland and slow-moving water species that wouldn’t otherwise be in such riparian habitats.

These industrious mammals provide a fascinating topic for middle school science investigations. Here you will find a variety of resources and materials to engage middle schoolers in real science related to nature’s engineers, Castor canadensis. 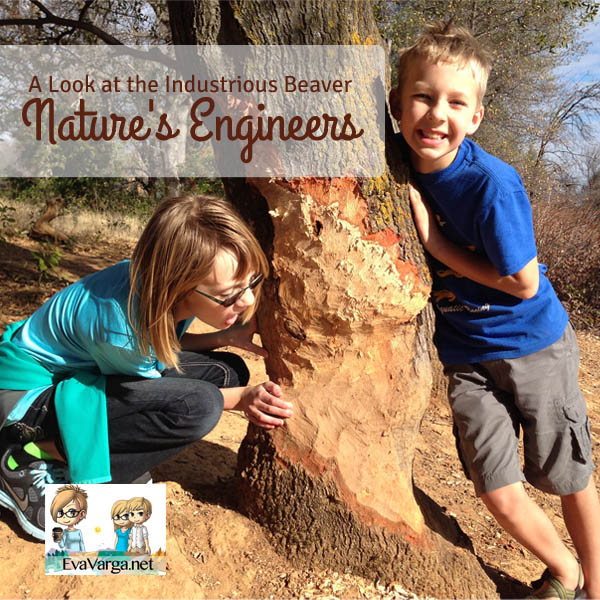 Beavers are the largest rodents in North America, and they spend most of their time in the water. To protect themselves from the cold and wetness they have waterproof reddish brown or blackish brown hair. They have small, round, brown ears, and powerful back legs for swimming. A beaver’s front legs are not as large or as strong as its back legs.

Beaver skulls and teeth are very big. The two front teeth are orange colored, and they can be up to 5 mm wide and between 20 and 25 mm long. These teeth grow throughout the animal’s life, and they are used for cutting wood. Without these teeth beavers could not cut down or eat trees and wood. Beavers also have see-through eye lids, and closable nostrils and ears for swimming underwater.

The beaver has a thick layer of fat under its skin that helps keep it warm underwater. Beavers have long sharp upper and lower incisor teeth that they use to cut into trees and woody vegetation. These teeth grow throughout the beaver’s life. A beaver’s tail is broad, flat, and covered with large black scales. 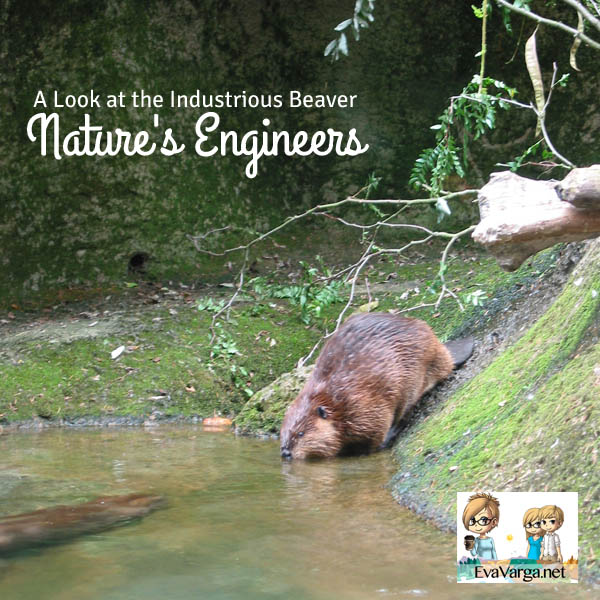 Important natural processes, such as energy flows and chemical cycles, result from the interaction of species within a community. Food webs of trophic (trophic – pertaining to nutrition) interactions among species are one example of how multiple soil-plant, plant-plant, plant-animal, and animal-plant relationships link together within a functioning community. Some species can be highly influential in their communities, even if they occur at relatively low population densities. When the presence and actions of this species tend to form the foundation of how other species relate to each other in the community, we often call the influential plant or animal a keystone species.

“Keystone” is a metaphor equated to the stone in the middle of an arch in a building. Removal of the keystone leads to destabilization if not outright collapse of the other elements that “lean on” or depend upon that keystone. 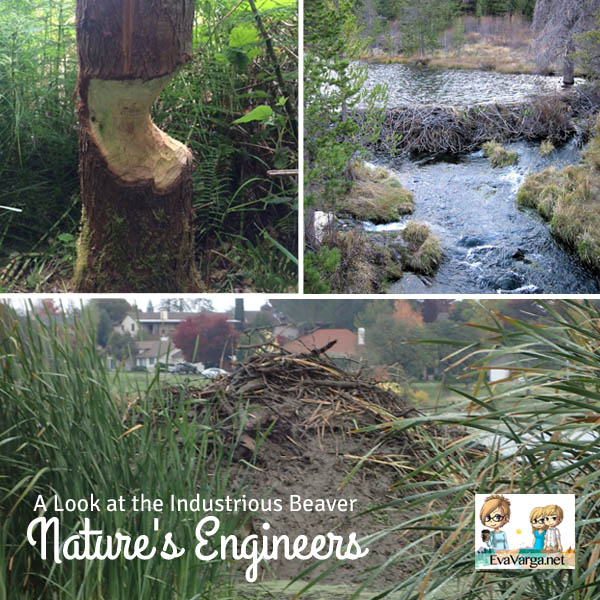 The beaver is often cited as an example of a keystone species because through its dam-building behaviors it has major influences on both the vegetation of an area and the water table. In turn, these factors have strong influences on the abundance and quality of habitat for many other plant and animal species within the community. They engineer, or create, habitat that supports greater biodiversity that would otherwise not exist.

No other animal with the exception of man can significantly alter its habitat to suit its own needs and desires. Native Americans revered the beaver and referred to them as “Little People” for this reason.

In one of the first images of its kind, night-vision cameras recently captured photos of native beavers and invasive nutria working together to build a dam across a channel at Smith and Bybee Wetlands Natural Area in Portland, Oregon.

Act out a short skit to teach others about the natural history of the beaver – its adaptations for its environment as well as the impact humans have had on it throughout history.

Dress up a volunteer as you learn about the structural and behavioral adaptations of beavers.

Explore the website Beavers: Wetlands & Wildlife to learn more about beavers and their impact on the ecology.

Learn about the history of the Fur Trade and Beaver Ecology including numerous Historical Source Documents.

Download the Beaver Monitoring App and help scientists study how beavers could be used as a tool for stream restoration and mitigating impacts of climate change.

Reach out to your local watershed associations to learn about watershed monitoring and restoration projects that impact beavers. How can you get involved?

Visit and observe an ecosystem created by beavers in your local area (contact Fish & Wildlife for assistance in locating a dam if you are unfamiliar). Keep a journal of your observations.

You might also be interested in my 10-week inquiry based science unit introducing middle level students to the study of animals: Zoology: Amazing Animals. Lessons include scientific classification, identifying animal tracks, ecology, and animal behavior.